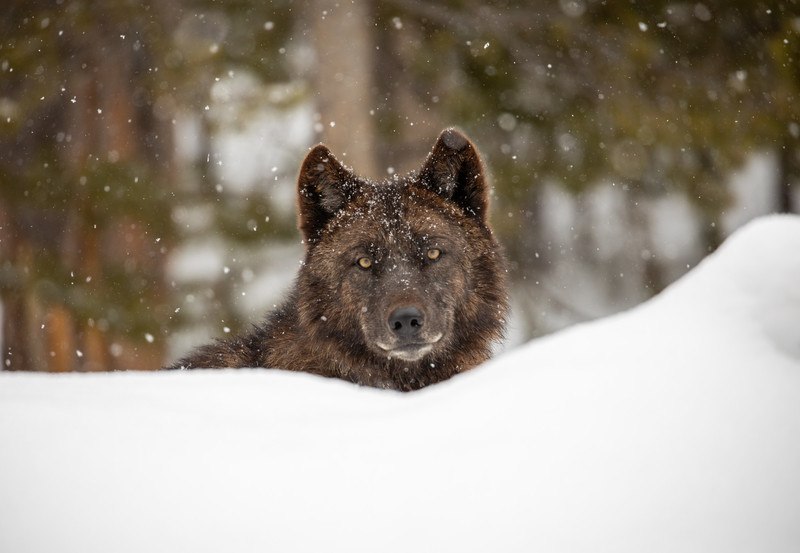 More than 100 scientists today called upon[1] Interior Secretary Deb Haaland and the U.S. Fish and Wildlife Service to reinstate federal protections for gray wolves under the Endangered Species Act.

Wolves lost their federal protections when the Trump administration finalized a national delisting rule in January. Since then, management of wolves has fallen to state wildlife agencies. The letter explains that “state governments have clearly indicated that they will manage wolves to the lowest allowable standards.”

Under the Endangered Species Act, all decisions about the listing of imperiled species must be based solely on the best available science. The scientists’ letter calls upon the federal officials to reinstate federal protections for wolves and “reverse recent and broad trends that have disregarded best-available science with respect to the ESA.”

The letter[2] is endorsed by 115 scientists with expertise in areas related to wolf conservation, such as ecology, population dynamics, and genetics. The letter is led by John Vucetich, a professor at Michigan Technological University, and Jeremy Bruskotter, a professor at Ohio State University.

“It’s very clear. The best-available science shows that gray wolves in the lower 48 states do not meet the law’s requirements for recovery,” said Vucetich. “Not being recovered, combined with hostile treatment of wolves by states such as Montana, Idaho, and Wisconsin, indicates the need for federally guided conservation of wolves.”

“Emerging science and our experience with wolf conservation indicate there is far more suitable habitat for wolves than was once believed,” said Bruskotter. “Recovering wolves in other suitable areas depends critically on wolves dispersing from existing recovery areas. The recent politicization of wolf management in states like Idaho and Montana puts long-term recovery of wolves in jeopardy by reducing the probability of such dispersals.”

On his first day in office, President Biden ordered a broad review[3] of the Trump administration’s anti-wildlife policies, including the decision to strip Endangered Species Act protections from gray wolves. Since then, hundreds of wolves have been killed under state management. The Fish and Wildlife Service has yet to issue any official review of the gray wolf delisting rule.

Idaho, here I live, has proven itself yet again to be the brickyard of management by shooting and Governor Little’s signing of a wolf eradication bill is all the proof that’s needed. My vote: Leave the wolves alone and get cattle off our public lands. Now.