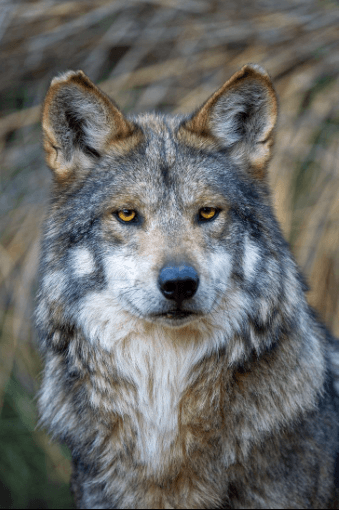 TUCSON, Arizona (June 15, 2020) – On April 15, 2020, the US Fish and Wildlife Service (FWS) opened a 60-day “scoping” period to receive public comments on needed changes to a management rule that will determine the recovery success of Mexican gray wolves in the southwestern United States. This revision follows on a court order to remedy the rule’s deficiencies and use the best available science. Despite the challenges to public outreach in the midst of the global pandemic and stay-at-home orders, supporters of effective science-informed recovery of the critically endangered “lobos” submitted more than 40,000 comments.

By initial review, the large majority of the comments submitted appear to be in support of the (FWS) taking all crucial and necessary measures to restore the endangered subspecies’ declining genetic health, allowing unrestricted dispersal to critically important habitats, and removing the current population cap limiting the U.S. population to only 325 wolves. Proponents are also calling for an “essential” status designation for Mexican gray wolves.

For far too long, the FWS has bent to the pressures of the livestock industry by lethally removing wolves, despite evidence that these actions can have long-lasting effects on the wolves left in the wild and have also not been proven to be effective at reducing livestock losses over time. Polling shows more than two-thirds of voters in Arizona and New Mexico support recovery of Mexican wolves to restore the balance of nature in the Southwest.

In addition to the thousands of public comments, numerous non-governmental conservation organizations submitted substantial comments with detailed science-based recommendations for ensuring that the revised management rule leads to recovery of Mexican wolves in the wild, as required by the Endangered Species Act. Furthermore, comments authored by David Parsons, biologist and former Mexican Wolf Recovery Coordinator for the FWS, on behalf of Project Coyote and The Rewilding Institute were endorsed by more than 100 independent and academic scientists.

“The Federal Court found the current Mexican wolf management rule both legally and scientifically flawed. The Court Order specifically identifies many deficiencies in the rule that must be remedied such that the revised rule will improve the Lobos’ genetic health and lead to their full recovery. Astonishingly, the USFWS has already officially announced that they plan to ignore key requirements ordered by the Court, leaving Mexican wolves in danger of extinction,” said David Parsons, former USFWS Mexican Wolf Recovery Coordinator.

“A small group of special interests stifled the recovery of the Mexican gray wolf,” said Bryan Bird, Southwest program director for Defenders of Wildlife. “This is a call from the public that recovery efforts should be driven by sound science not politics.”

“The public understands that the wild population of Mexican wolves is essential to the recovery of these endangered animals—they have voiced that clearly in these comments,” said Sandy Bahr, chapter director for Sierra Club’s Grand Canyon (Arizona) Chapter. “It is time, it is past time, for the US Fish and Wildlife Service to recognize it too and to manage Mexican wolves for recovery, not extinction.”

“Every voice raised in support of wildlife can make a difference and Americans overwhelmingly support Mexican wolf recovery,” said Maggie Howell, Executive Director of the Wolf Conservation Center. “We’re counting on the USFWS to take notice and follow the best available science to ensure that the world’s most endangered gray wolves remain a living, breathing part of the southwestern landscape.”

“Public values, the law, and the best available science are all telling U.S. Fish and Wildlife Service to do better, a lot better, for lobo recovery,” said Chris Smith, southern Rockies wildlife advocate for WildEarth Guardians. “This is the best opportunity for real recovery and I hope that opportunity is taken—U.S. Fish and Wildlife Service needs to end the cycle of litigation and do right by these iconic wolves.”

“Lois Crisler famously remarked, ‘Wilderness without wildlife is just scenery.’ In the same way, New Mexico and the southwest without the emblematic Mexican gray wolf would be a fundamentally diminished place,” said Mark Allison, Executive Director of New Mexico Wild. “We need lobos in the wild and it is up to all of us right now to let the agency know that the public expects a new management rule that will truly support a successful recovery effort — one based on science, not politics. Wolves belong.”

“The public is clearly and overwhelmingly saying we want Mexican gray wolves fully restored to the Southwest, and the court just as clearly directed the US Fish and Wildlife Service to revise this management rule to get there. There is simply no scientific or even a sensible basis for managing

recovery by killing wolves, restricting their movement, disrupting their pack structure, and preventing wolf family releases from captivity into the wild—these are the tools of extinction. USFWS needs to finally write a rule that brings the Lobo back from the brink for good,” said Kelly Burke, Executive Director of Wild Arizona.

“People are saying loud and clear that we want more wolves in more places!” said Emily Renn, Executive Director of the Grand Canyon Wolf Recovery Project. “Given all the threats that Mexican wolves are facing, there is no need for the USFWS to continue to delay their recovery through inadequate and piecemeal management plans. It’s time to ensure Mexican wolves have a viable future in all suitable habitats, including the Grand Canyon region.”

Several specific changes were consistently referenced in comments to FWS:

• There should be no cap or maximum number of Mexican wolves allowed in the wild.

• Recovery efforts should facilitate natural connectivity between wolves in the U.S. and Mexico.

• The USFWS must be proactive in support of establishing two additional subpopulations of at least 200 Mexican wolves in identified areas of suitable habitats in the U.S. Southwest, north of I-40.

Following its analysis of scoping comments, the FWS will prepare and issue a proposed revised management rule and an accompanying draft supplement to the 2014 Environmental Impact Statement (EIS). These documents will be offered for another opportunity for public review and comment. This next step has not been scheduled but is expected before the end of the year. Following that review the USFWS will issue a final revised management rule and final supplement to the EIS. U.S. District Court Judge Jennifer Zipps Court Order ruling stated that the 2015 10(j) rule requires this process and a final decision to be completed by May 2021.

Background on Mexican Gray Wolves and the 10(j) rule:

The lobo, or Mexican gray wolf, is the smallest, most genetically distinct, and one of the rarest subspecies of gray wolf. The subspecies was listed under the Endangered Species Act in 1976, but recovery efforts have suffered without implementation of the recommended recovery actions by responsible wildlife advocates.

Although lobos once widely roamed across the southwestern United States and Mexico, the Mexican wolf was purposefully eradicated from the U.S. on behalf of American livestock interests. In 1998, and many years after the few remaining wolves were brought into captivity to save the species, the USFWS released eleven Mexican wolves to a small area on the border of Arizona and New Mexico.

Mexican wolves are at tremendous risk due to their small population size, limited gene pool, threats from trapping, and illegal killings. Wolves breed only once a year. At last count in February 2020, there were 163 known Mexican gray wolves in the wild.

The FWS last made changes to the “10(j) Management Rule” in 20151. However, many scientists and conservationists concluded that the new management rules would eventually drive Mexican wolves to extinction, rather than facilitate their recovery as the Endangered Species Act requires. Conservation organizations immediately sued the U.S. Fish and Wildlife Service for not fulfilling its obligation to restore Mexican gray wolves to a healthy wild population that is no longer in danger of extinction. The court agreed with the conservation litigants, ruling that “[t]he 2015 10(j) rule fails to further the conservation of the Mexican wolf.”2 and that “[b]y failing to provide for the population’s genetic health, FWS has actively imperiled the long-term viability of the species in the wild.”3 U.S. District Court Judge Jennifer Zipps issued a Court Order requiring the FWS to revise the rule by remedying several deficiencies in the current management rule, this time by applying the best available science.

1 Endangered and Threatened Wildlife and Plants; Revision to the Regulations for the Nonessential Experimental Population of the Mexican Wolf ; Federal Register/Vol. 80, No. 11/Friday, January 16, 2015, pp.2512-2567

‘Rewilding’ Ambiguity 2: Impressions of an American in Denmark