By Laura Carroll on March 27th, 2015 in Human Overpopulation vs. Population Stabilization 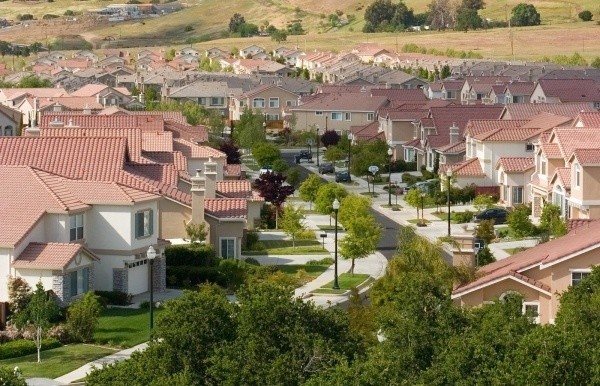 Continuing on with excerpts on The Seven Ecological Wounds from Man Swarm: How Overpopulation is Killing the Wild World, here are Wounds 3 and 4: 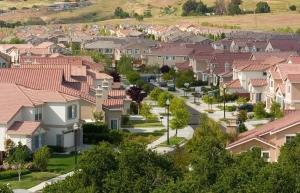 Whether it is starter-castle “estates” strung along wide freeways farther away from cities and workplaces in the United States or new slash-and-burn crop patches (milpas) and logging roads in third-world countries, we throw up barriers and fracture zones that box wild animals into smaller and smaller lots.

This cleaves migration north (south below the equator) or to higher elevations as home ranges shift because of climate breakdown. Population growth spreads us into once empty (of Man) lands where wild animals had been free to roam widely before our takeover. The shape or siting of the new settlement web is often more deadly than how many acres are cleared. A few settlers or “estates” with a handful of roads can stomp down a footprint that breaks up a big wildland. 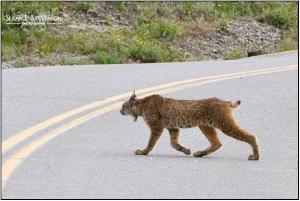 Nonetheless, the sprawl first comes from more men, women, and children. More off-road vehicles tearing up wildlife pathways between summer and winter range come from more people. More people here and there means more blacktop roads in between with curves straightened out for faster driving and thereby more deadly for the lynx or elk that are used to wandering over a once-slow dirt road.

One way to tell what kinds of animals are about is to look at roadkill. The hopeful spread of wolves, lynx, and cougars in the United States is shown but also stopped by deaths along interstate highways and other main roads. More Coloradans, for example, means more cars and pickups and SUVs, which means more upgraded roads, which means more death traps for wildlife.

Our crowding on the land and further spreading into lands once empty of Man affects ecological and evolutionary processes such as wildfire, river flooding and drying, predation, and pollination. More and more of us squeeze into lush, rank river bottoms and thereby make a “need” for upstream flood-control dams, which then stop healthy hydrological processes. More of us need more water for irrigating crops and making more electricity, both of which call for colossal dams on rivers. In the United States and Canada, the spread of homes into forests leads to putting down natural wildfires. Stopping such lightning-sparked fires harms forest health and sets up the woods for bigger, unhealthy, unquenchable blazes later.

Man, whether Denver suburbanites or Kenyan herders, are unfriendly to big cats, wolves or wild dogs, and other wild hunters. And so as they spread afield, they kill these wild things and the ecosystem loses top-down regulation of prey species.10 Likewise, people in new settlements of whatever kind don’t want beavers or elephants upsetting their high-dollar landscaping or their slash-and-burn cornfields.

When we take over wildlands, we often also make the land unfriendly to native pollinators. Biologists who study pollination, whether by native kinds of bees or moths, hummingbirds, or bats, have warned that many such pollinators are fewer and fewer every year.

Next: Wound 5: Spread of Exotic Species and Diseases and Wound 6: Biocide Poisoning of Land, Air, Water, and Wildlife. To read in full, check out the new edition of Man Swarm.