Yellowstone National Park was established 150 years ago in 1872. The park’s creation marked a significant departure from public land policies of the time. Instead of promoting settlement, mining, logging, ranching, or other development, the park was designated to protect natural features like thermal features.

Yellowstone was also set aside to protect all citizens’ public access, an act of democracy. In the post-Civil War era, where the country fought a fierce battle about civil rights for all citizens, Yellowstone was open to entry by all Americans. It was a significant step toward recognizing that all people had certain “inalienable rights,” including access to natural landscapes. In retrospect, Yellowstone also became a place where the “inalienable rights” of non-humans are considered and given protection.

In recognition of its significance to planetary heritage, Yellowstone is a designated World Heritage Site and International Biological Reserve. But whether these attributes will continue to function is questionable unless we recognize that Yellowstone’s boundaries are insufficient to preserve its ecological integrity into the future.

One of the lessons we have learned from studies around the globe is that parks and wildland reserves if appropriately funded, and large enough are the best conservation strategy for protecting biodiversity. We know from Island Biogeography principles that species residing on larger “islands” of habitat are less likely to suffer inbreeding or go extinct.

It may be time to consider expanding Yellowstone to incorporate much of the surrounding public land under one agency–the National Park Service.

From its inception, park advocates recognized the legislatively created boundaries to Yellowstone Park were inadequate to protect all the wildlife and other natural values.

In the 1880s, General Philip Sheridan advocated the expansion of Yellowstone to the east and south to protect migrating wildlife like elk and bison that, in winter, sought out lower elevation lands. Today we recognize that animals migrate from Yellowstone to other public and private lands outside of the park. 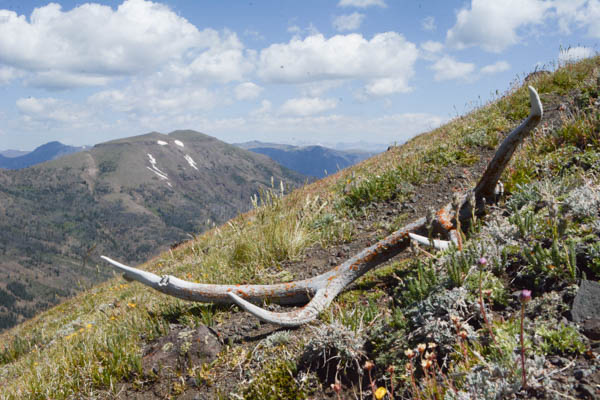 Elk antler in North Absaroka Wilderness, Shoshone National Forest, Wyoming. The creation of the Yellowstone Forest Reserve (what is now the Shoshone NF) in 1891 was in recognition that elk migrated beyond the park’s boundaries. (Photo: George Wuerthner)

When he was president of the Boone and Crockett Club, the future President Teddy Roosevelt also championed the expansion of Yellowstone. These efforts led to the creation in 1891 of the Yellowstone Forest Reserve, the first forest reserve (forerunners of today’s national forests). In addition, other national forests were created to surround Yellowstone and provide protection from excessive resource exploitation and prohibitions against settlement.

Yellowstone Park (dark green) is the center of the Greater Yellowstone Ecosystem.

By the 1970s, it was apparent that as well-intended as the creation of national forests and other public land designations (like wildlife refuges) were towards protecting the natural values of the Yellowstone region, they were inadequate to the challenge of growing development pressures. Biologists Frank and John Craighead, studying grizzly bears in the park, noted that many bears wander beyond the protective borders of Yellowstone. They began to refer to the larger landscape as the Greater Yellowstone Ecosystem.

Conservationist Rick Reese further developed this broader concept when he published a book with that title.

An analysis by myself and several colleagues identified the most threatened biological hot spots of the ecosystem–all of them were outside Yellowstone Park.

However well-intended the idea of a Greater Yellowstone Ecosystem was in terms of getting people to think about more extensive conservation efforts, in reality, it has not changed the management of public lands outside of the park. 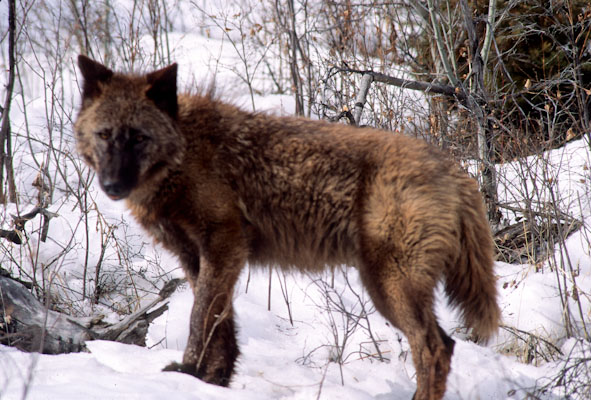 Wolves are killed when they wander outside of the protected lands of Yellowstone. (Photo: George Wuerthner)

Wolves and other predators are regularly killed beyond Yellowstone’s borders. Bison are slaughtered by hunters when they wander from the park. Forests are roaded and logged for “forest health” or “fuel reduction. Increasing recreation, especially from mechanical vehicles from mountain bikes to more powerful snowmobiles, are shrinking the security areas for wildlife. Livestock on national forest and BLM lands outside the park are grazed in critical winter ranges, consume forage that would support native herbivores, and trample riparian areas. New mines are occasionally proposed that can threaten watersheds with pollution. Wildlife migration corridors are compromised by new subdivisions.

Conservationists are continuously fighting these resource extraction proposals and their impacts on the wildlife outside the park boundaries. Perhaps it’s time to consider expanding Yellowstone’s boundaries to terminate this endless rear guard action to preserve Greater Yellowstone’s ecological integrity.

While some bemoan that Yellowstone is being “loved to death” most of this criticism is based on social, not ecological views. Most of all human use is concentrated on 1% of the park landscape accessible to vehicles and occupied by lodges.

Sometimes you can’t find a parking space at Old Faithful, or you might be stuck in a bison jam for a long time. However, most of the park (about 99%) is essentially managed as wilderness, with limited human intrusions. There are few places in the United States with such large areas under such strict management.

In truth, Yellowstone is some of the best protected landscape in the lower 48 states even with millions of visitors.

A significant amount of Yellowstone Park is seasonally closed to human use as Bear Management Units to provide bears and other wildlife relief from human intrusion.

Yellowstone still is home to every species of wildlife that existed at the time of its establishment and, in some cases, has been the focus of species recovery, such as the reintroduction of wolves, emphasis on native fish restoration, and greater protection for grizzly bears.

Part of the rationale for this concerns the agency’s mission. The Park Service is generally inclined towards the protection of natural values. An example of this policy is the Bear Management Units within the park that are closed to human entry to protect grizzly bears, the limit of backcountry camping to specific sites to reduce impacts, the strict enforcement of food storage in campgrounds, and the hardening (i.e., paved pathways) of heavily used areas like the Old Faithful geyser basin. 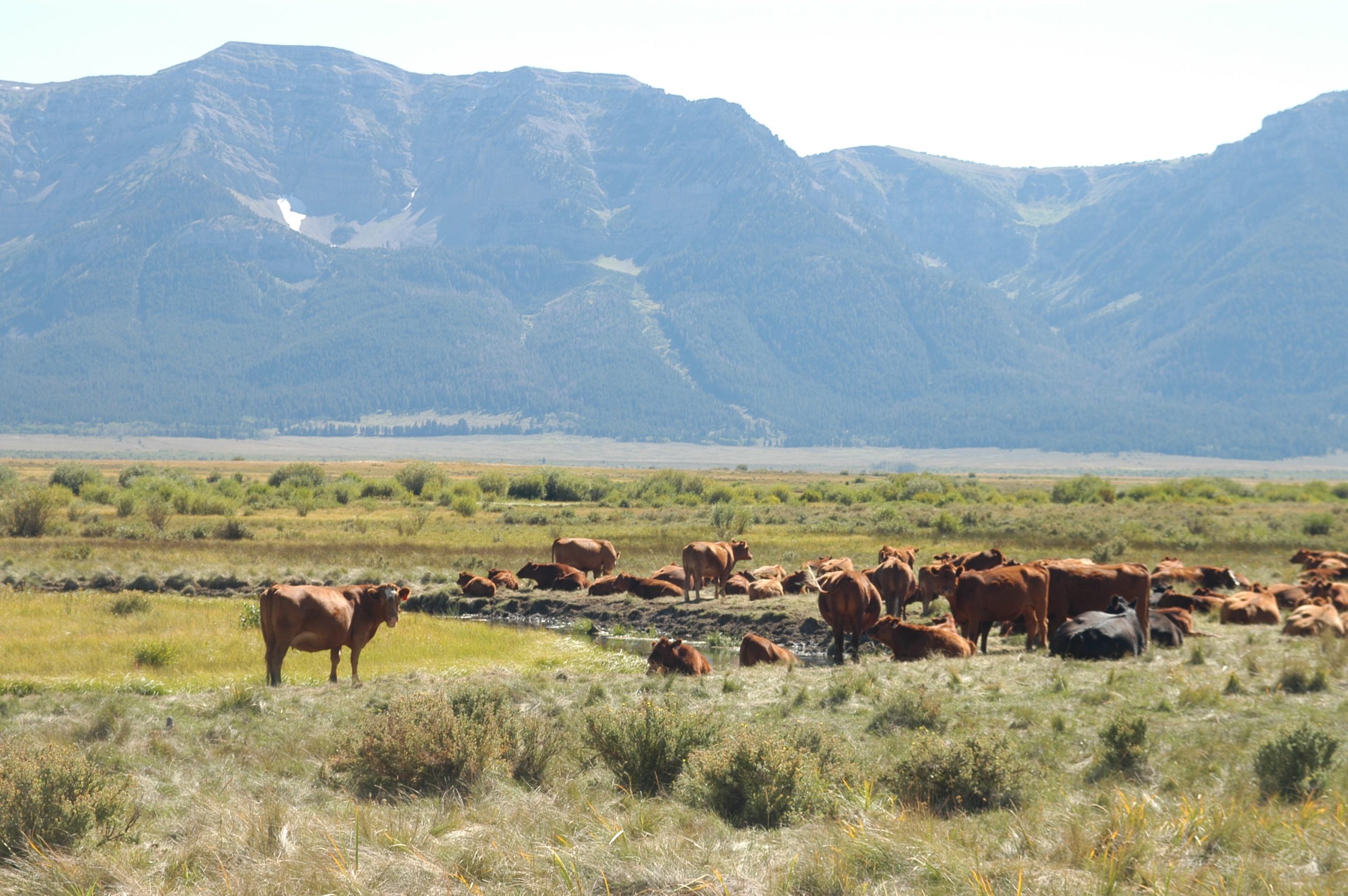 Of course, there is no livestock grazing, logging, hunting, trapping, and mechanical intrusions in the backcountry. As a result, compared to even large wilderness areas, Yellowstone is–ecologically speaking–one of the most protected ecosystems outside of Alaska in the United States. For instance, 21 wolves from Yellowstone National Park packs were killed this past year, mostly within designated wilderness adjacent to the park where hunting and trapping is permitted.

A Greater Yellowstone National Park could counter some of the numerous threats, gradually diminishing the ecological integrity of the Greater Yellowstone Ecosystem. The current park boundaries should be expanded to include most of the adjacent national forests, including the lands part of the Greater Yellowstone Ecosystem. For instance, the borders would be expanded to include the Upper Green River, Gros Vente Range, Mount Leidy Highlands, Absaroka Mountains, Beartooth Mountains, Gallatin Range, Madison Range, west slope of the Teton, Palisades, Centennial Valley, and so forth. 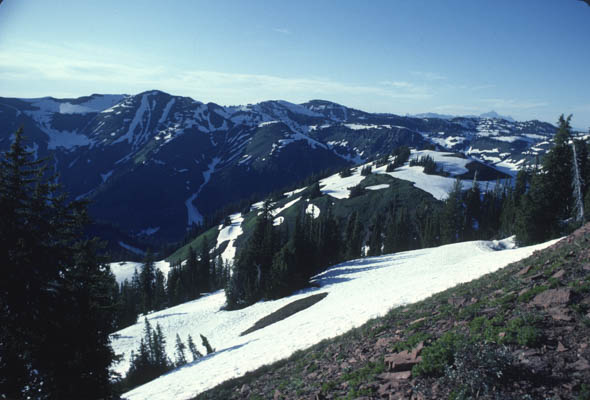 Roadless lands such as the Palisades near Jackson, Wyoming, if incorporated into a Greater Yellowstone National Park would receive a wilderness designation overlay. (Photo: George Wuerthner)

All roadless lands not currently within a designated wilderness under the 1964 Wilderness Act would be covered with a wilderness overlay, including the 99% of Yellowstone and Grand Teton National Parks that currently lack wilderness designation. 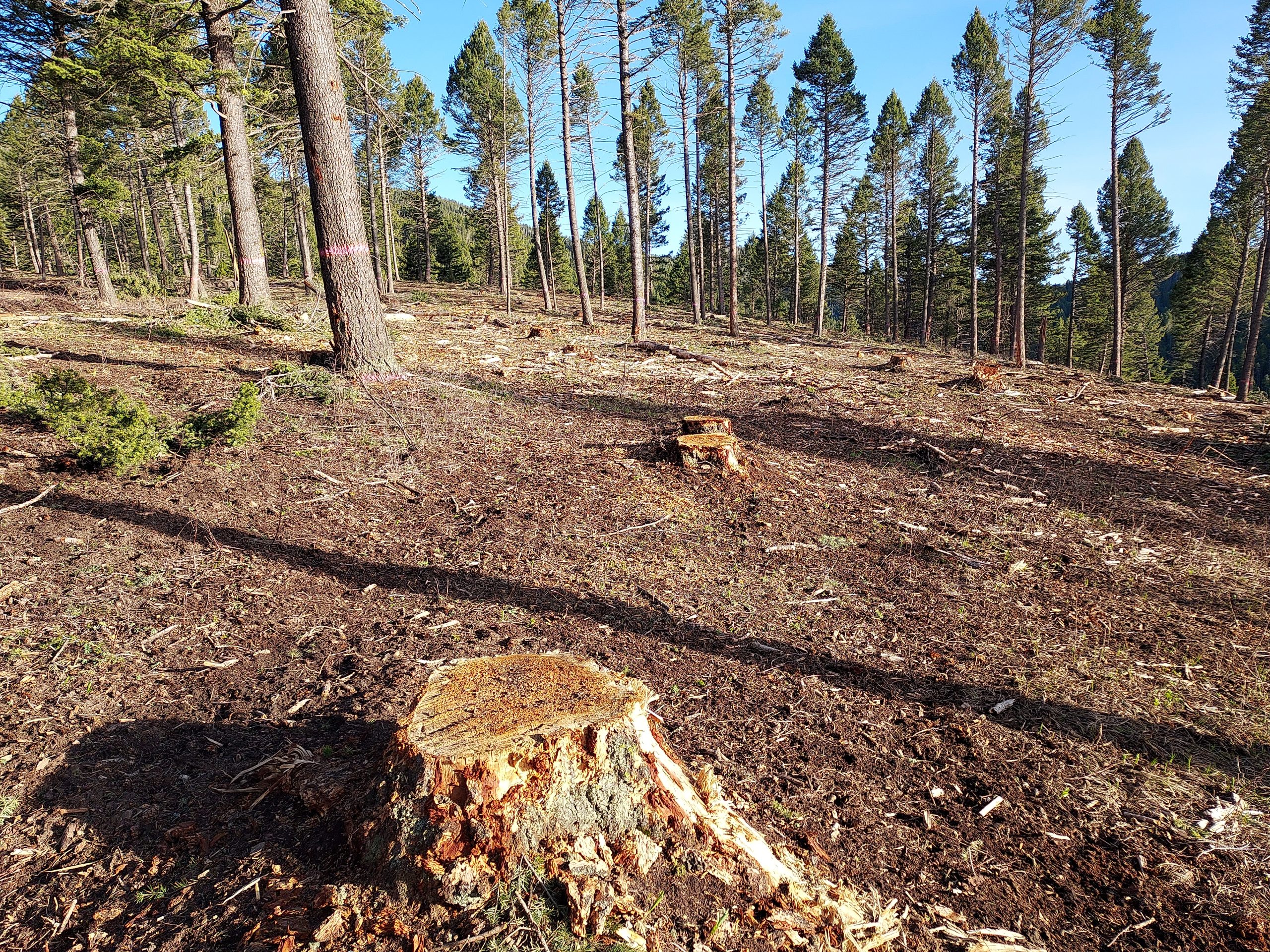 Extractive uses like livestock grazing, logging, oil and gas, mining, and other activities compromising the landscape’s ecological function would be prohibited. Grazing permit buyouts would be used to remove livestock grazing from the landscape. Recovery areas with an extensive logging road system like the Targhee National Forest adjacent to Yellowstone could be restored. Some of the lands could be designated as National Preserves as exists in Alaska and elsewhere to permit limited but strictly controlled hunting as currently in Grand Teton National Park.

Communities and private lands within the boundaries of the expanded national park would be encouraged to follow the land use model we find in places like New York’s Adirondack State Park and be provided with the financial funds to implement such planning and enforcement. In addition, funding to acquire private lands with critical habitat would be available. 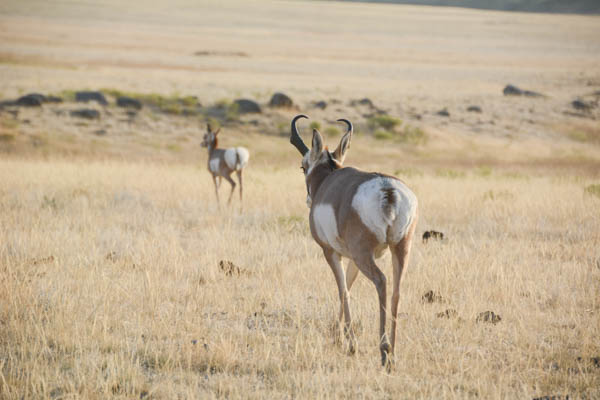 The Path of the Pronghorn celebrates the annual migration of pronghorn from Jackson Hole over to the Green River and out to the Red Desert, one of the longest intact migrations in the lower 48 states. The path is increasingly blocked by oil and gas development and subdivisions by Pinedale, Wyoming. (Photo: George Wuerthner)

The creation of a Greater Yellowstone National Park would preserve under National Park Service protection the region’s wild and scenic waters, help to maintain migration corridors such as the Path of the Pronghorn in Wyoming, expand the areas where native species have priority in the landscape, such as bison migration on to other public lands, and put protection of biological hot spot.

A Greater Yellowstone National Park would likely encompass 20 million acres or more (about the size of the state of Maine) depending on the exact boundaries and would easily be one of the largest temperate ecosystems preserves in the world. Such a large preserve would be our best protection against species extinction due to climate change. In addition, it would ensure that biodiversity and ecosystem function have their best chance of being maintained into the future.

A Greater Yellowstone National Park would continue the park’s reputation as a model for ecosystem integrity and protection and its role as part of the planet’s global heritage.