I helped to create RESTORE the North Woods in 1992 which put forth a proposal for a 3.2-million-acre national park in the Maine Woods. I’ve been a board member and now president for a long time. We still are advocating for a large national park in Maine and achieved the beginnings of this goal when Roxanne Quimby donated lands for a national monument. But we are still working to expand upon this initial start.  Below is a recent piece written by Holly Eberhart I’m copying here that gives a bit of background.

Check out RESTORE’s website for more photos and maps: restore.org 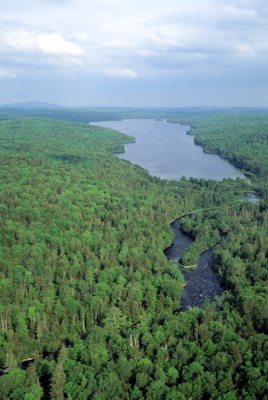 The Maine Woods contains numerous lakes and rivers seen here near the headwaters of the Allagash River and some of the least inhabited lands east of the Mississippi. (Photo George Wuerthner)

When Henry David Thoreau penned “The Maine Woods” a century and a half ago, he called for the preservation of a wilderness area that had yielded him many revelations about the natural world. Since his time, the woods he traversed have been undeniably altered, but the untamed rivers, abundant biodiversity, and extensive forests still remain as breathtaking as they were in his era. 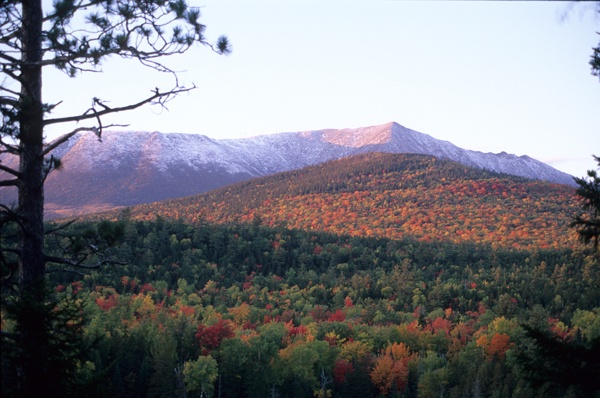 Mount Katahdin which Henry David Thoreau climbed during one of his trips to the Maine Woods. (Photo George Wuerthner)

The proposed Maine Woods National Park would encompass a staggering 3.2 million acres—larger than Yellowstone and Yosemite National Parks combined—and currently remains the largest unprotected wilderness area in the Eastern United States. It’s difficult to imagine that such a vast area of undeveloped land could exist east of the Mississippi. It is indeed a rare gem that has resisted the pressures of expansion and settlement. But time is running out to preserve these magnificent woods and protect the endangered species that reside there. To protect these woods from further logging and development, an upgrade to national park status is urgently needed. 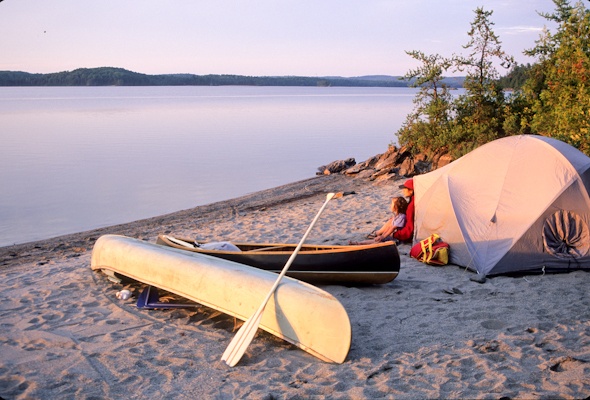 Located in the heart of the state, the park would occupy about 15% of Maine’s total area, tailing only Death Valley National Park as the largest national park in the contiguous U.S. This sizable area would include not only vast amounts of forested land but also the headwaters of five major rivers: the Allagash, Aroostook, St. John, Kennebec, and Penobscot. This variety means there are innumerable recreational opportunities: hiking, canoeing, fishing, photography, rafting, cross country skiing–the possibilities are endless and enough to entice perhaps even the staunchest urbanite. 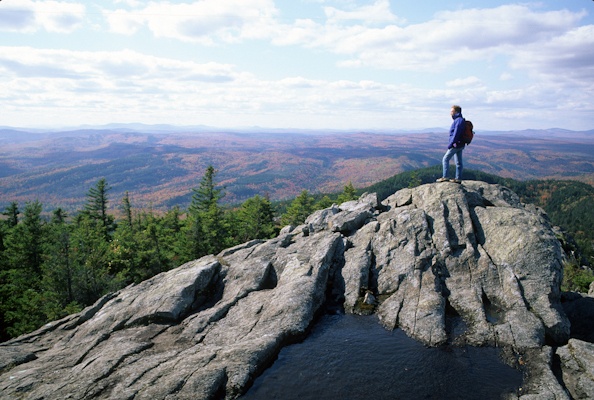 Much of the native wildlife that lived in the region during Thoreau’s time still populate Maine’s Northern Woods, but logging, overhunting and development have taken a toll on many of the species. Wolves, cougars, and other large predators have long been forced out of the area, while other species such as the Canada lynx, Atlantic salmon and American marten are listed as threatened or endangered. But, the region is still a hotbed for biodiversity. You could catch sight of black bears, beavers or moose, along with a variety of signature bird species such as the black-backed woodpecker, boreal chickadee, common loon and bald eagle. 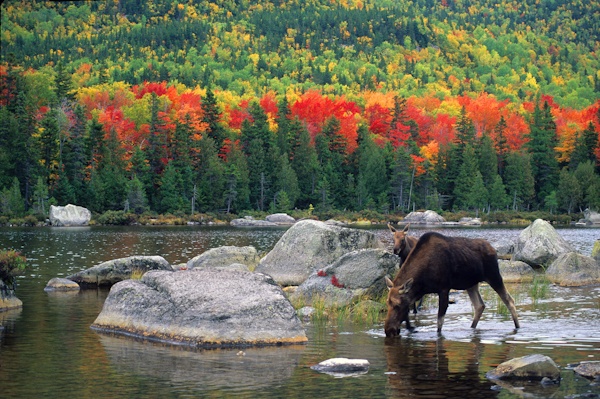 Moose are one of the charismatic species found in the Maine Woods. (Photo George Wuerthner)

Due to Maine’s position between the boreal bio-region of Canada and broadleaf forests of the United States, the Northern Woods host a mix of deciduous and evergreen trees. Sadly, a considerable number of hardwood trees—such as maples, beeches, and birches—have been selectively destroyed by logging companies to promote the growth of softwood trees (spruces and firs) because they possess more commercial value. Aside from the ecological repercussions of this loss of diversity, these selective manipulations are detrimental because hardwood trees can actually store at least 20% more carbon than softwoods. 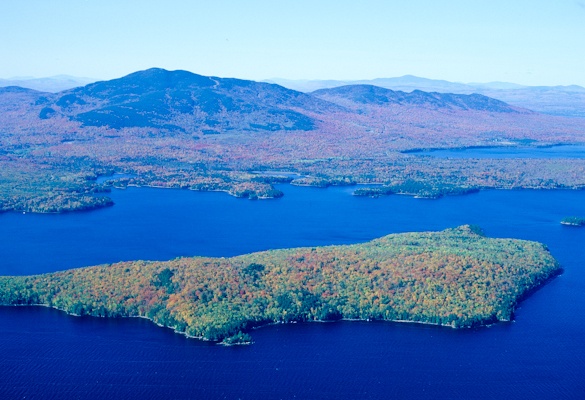 Since 90% of Maine is covered in forests—the highest percentage of any state—it has great potential to counteract climate change as a vital carbon sink. Amid our current global warming crisis, we must maintain every natural solution to climate change we have. Establishing the Maine Woods National Park would prohibit the logging of forests within the park’s boundaries, thus safeguarding our trees and our future. 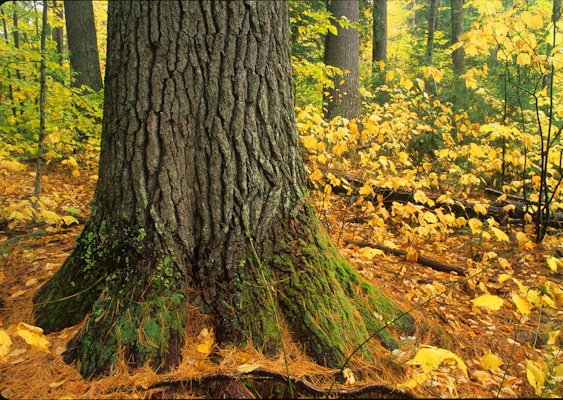 Talk of a Maine Woods National Park has circulated for the past two decades, but it was not until 2016 that some progress toward that goal was made. That year, Roxanne Quimby, a dedicated environmentalist and founder of the natural cosmetics company Burt’s Bees, transferred ownership of the 87,500 acres of land she owned in Maine to the federal government. President Barack Obama then used his executive authority under the Antiquities Act to designate the land as the Katahdin Woods and Waters National Monument. 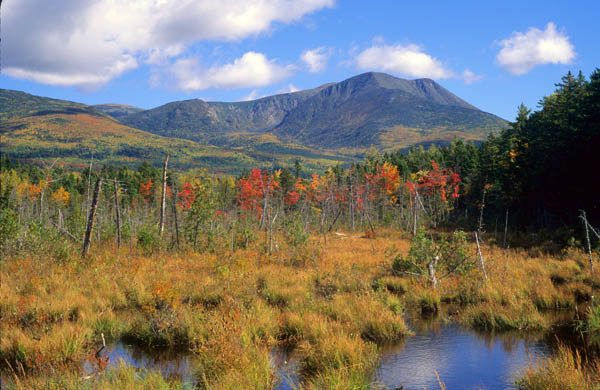 Although Quimby was originally hoping her contribution could be the impetus for the establishment of the Maine Woods National Park, local and congressional resistance to the idea prevented it from taking off. The creation of the monument, however, has been viewed as a great success and is an excellent starting point for an upgrade in status and creating a more expansive national park that would include over 3 million more acres. 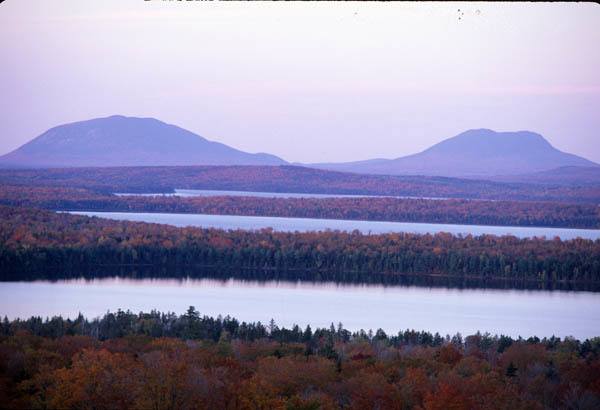 The vastness of the Maine Woods reminds me of my experiences in Alaska. (Photo George Wuerthner)

Why is a national park designation important? The state of Maine can only do so much to protect such a large area. A Maine Woods National Park would ensure protections for forests, watersheds, and wildlife, provide increased opportunities for backcountry recreation and bolster regional economies. The Northern Woods are one of the very last undeveloped and unprotected areas in the Northeast—it’s time we change the latter half. We will need the support of people all across America to let Congress know we are ready for the Maine Woods National Park.

This blog post first appeared in The Wildlife News. The segment Environment Maine: “The Northern Woods—could it be Maine’s second national park?” was co-authored by Environment America intern Holly Eberhard.