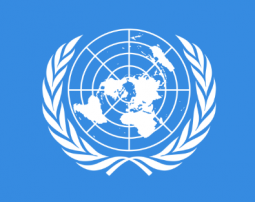 A Proposal for a United Nations Framework Convention on Population Growth

Recently, an international assembly of scientists from 184 countries endorsed an article published in the journal Bioscience entitled “World Scientists’ Warning to Humanity: A Second Notice”. As the warning states, “We are jeopardizing our future by not reining in our intense but geographically and demographically uneven material consumption and by not perceiving continued rapid population growth as a primary driver behind many ecological and even societal threats. By failing to adequately limit population growth, reassess the role of an economy rooted in growth, reduce greenhouse gases, incentivize renewable energy, protect habitat, restore ecosystems, curb pollution, halt defaunation, and constrain invasive alien species, humanity is not taking the urgent steps needed to safeguard our imperiled biosphere.”

Further, this 2016 article published in the Chinese Journal of Population Resources and Environment presents an instructive discussion of why population growth remains largely unacknowledged as a primary driver behind such threats. And this 2010 article published in The Globalist introduces then dissects ‘Ponzi Demography’, asserting that “the sooner nations reject Ponzi demography and make the needed gradual transition from ever-increasing population growth to population stabilization, the better the prospects for all of humanity and other life on this planet.”

As Population Media Center’s President Bill Ryerson asserts, population is the multiplier of everything else. Such knowledge demands action to protect life on Earth in a compassionate and intentional manner. People are receptive to this inclusive message. It compels us to act together.

Therefore, it is proposed that the United Nations establish a Framework Convention on Population Growth – one akin to the Paris Agreement for climate change with Nationally Determined Contributions (NDCs) in pursuit of a sustainable population in every country. Research on country-specific biocapacity and ecological footprint, such as that of the Global Footprint Network, could be used as a prudent baseline.

In effect, such a treaty would formalize what was presented in the preamble of the 1994 United Nations International Conference on Population and Development: “The recommendations for action are made in a spirit of consensus and international cooperation, recognizing that the formulation and implementation of population policies is the responsibility of each country and should take into account the economic, social, and environmental diversity of conditions in each country, with full respect for the various religious and ethical values, cultural backgrounds and philosophical convictions of its people, as well as the shared but differentiated responsibilities of all the world’s people for a common future.”

Thomas Paine wisely asserted that “time makes more converts than reason”, yet we are running out of time to act without, as the original World Scientists’ Warning to Humanity stated in 1992, “the risk that vital global systems will be damaged beyond repair”. Those of us supporting this initiative believe the time to act boldly on population is now, and think the United Nations is the appropriate avenue. 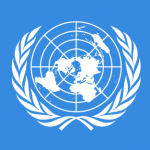 Goal: Catalyze an international campaign that leads to the United Nation’s establishment of a Framework Convention on Population Growth. So far, more than 30 organizations as well as hundreds of individuals – scientists, academics, activists, and other concerned citizens – representing 15 countries across 5 continents have voiced their support of this initiative. Please help spread the word.

Context: Several environment-related international treaties exist today, yet none of them address the root cause of our oversized demands on the planet: human overpopulation. Every country deserves a voice at the table and this would provide them that opportunity.

We as a global community can’t view the United Nation’s population growth projections as destiny — 9.8 billion people in the year 2050 should be viewed as wholly unacceptable if we’re keeping future generations and other species as well as our own livelihoods in mind. Planet Earth simply can’t support this. We are choosing short-term aggregate economic growth over long-term environmental, economic, political, social, and cultural stability, putting the future habitability of the entire planet in jeopardy.

If we can get human overpopulation plus continued growth to be formally recognized by the United Nations as a global issue that must be addressed via national population policies (like the NDCs for the Paris Agreement), then people around the world should become more amenable to openly discussing local population matters, such as unintended pregnancy rates, sexuality education programs, access to family planning information and services, and migration, as well as foreign aid and economic justice.

Vision: Formal recognition of existing human overpopulation plus continued growth – within the context of the IPAT formula – as a significant environmental issue and existential threat to the survival of humanity (one of several, to be sure). Such a treaty would promote a three-pronged solution at national and international levels to achieve a sustainable population in every country.

Underlying this three-pronged solution are the fiveprinciples presented in this paper written by Population Matters Director Robin Maynard. The five principles are (1) Universality, (2) Proportionality, (3) Equity, (4) Equality, and (5) Choice.

Top reasons for pursuing a treaty through the United Nations

The specific language used in the treaty will likely make or break this initiative. Population size and growth are understandably sensitive issues, and to ignore this would mean failure. The language that will best allow us to achieve results with a mutual understanding among all member states is the language that should be used. Winning some “battles” should not be misinterpreted as winning the “war”. Winning the “war” is the focus here, which those of us supporting this initiative believe will be achieved by compassionately breaking the mainstream silence on human overpopulation and the resultant overshoot.

Rob Harding (rdharding2@gmail.com) is the Sustainability Communications Manager at NumbersUSA, a volunteer for the Center for the Advancement of the Steady State Economy, a Great Transition Initiative Champion, and a signer of The Ecological Citizen’s Statement of Commitment to Ecocentrism. The author as an individual proponent and Rewilding Earth as a forum invite comments to this proposal, and invite individuals and groups to formally endorse a United Nations Framework Convention on Population Growth.

Rob Harding is a planetary health activist who cares deeply about protecting life on Earth, and doing so in a loving and intentional manner. His superpower is serving as a connector to help accelerate the pace of progress. A graduate of Santa Clara University, Rob is committed to creating a more just and sustainable world with competence, conscience, and compassion. To that end, Rob serves on the board of The Rewilding Institute and Save The Colorado, as a trustee of the WILD Foundation, as a member of the Alliance of Mother Nature’s Guardians, as an advocate of Nature Needs Half, and as a chapter director for the Center for the Advancement of the Steady State Economy. He is the author of the article “A Proposal for a United Nations Framework Convention on Population Growth” which has been nominated for multiple awards and was featured on the Rewilding Earth blog in 2018.

I want to attend that meeting of family planning . Thank u

While there are few arguments that would not support that one human, in terms of overpopulation, is better for the environments of the planet than 8 billion people, the problem is much more on what the one individual can do than the other 8 billion.

For instance, one angry general in command of a nuclear arsenal can cause human extinction, while 8 billion peaceful and well educated individuals could exist at the present levels, less the general, providing they know how to do it.

Another factor, and not necessarily the principal one, involves the fact that if 50% of the world’s poorest population would instantly vanish, that not much would change in terms of the environmental impact it would make. If the richer 50% were to instantly vanish however, probably as much as 99% of the world’s problems would also vanish. And so what constitutes the main problem, overpopulation, or the way we live?

I shudder to write this, but a forced reduction / culling out will probably become necessary in order to “buy time”. Sick and elderly are massively net consumers. Prisons are full of net consumers. The need for forced sterilization is also likely. Food waste and poor distribution is a problem that must be addressed.

Man does not have a history of self-control.

Appreciating the reframing, John Turcot, from reducing humans to reducing consumption and the illusion that our well being is only measured by growth in production of things.

Although I think it is more a matter of poor distribution and organisation of humanity that is the real problem, population must have an upper limit and I think we are approaching it. I am in favour of smaller families as part of the solution to various problems including climate change and species extinctions.