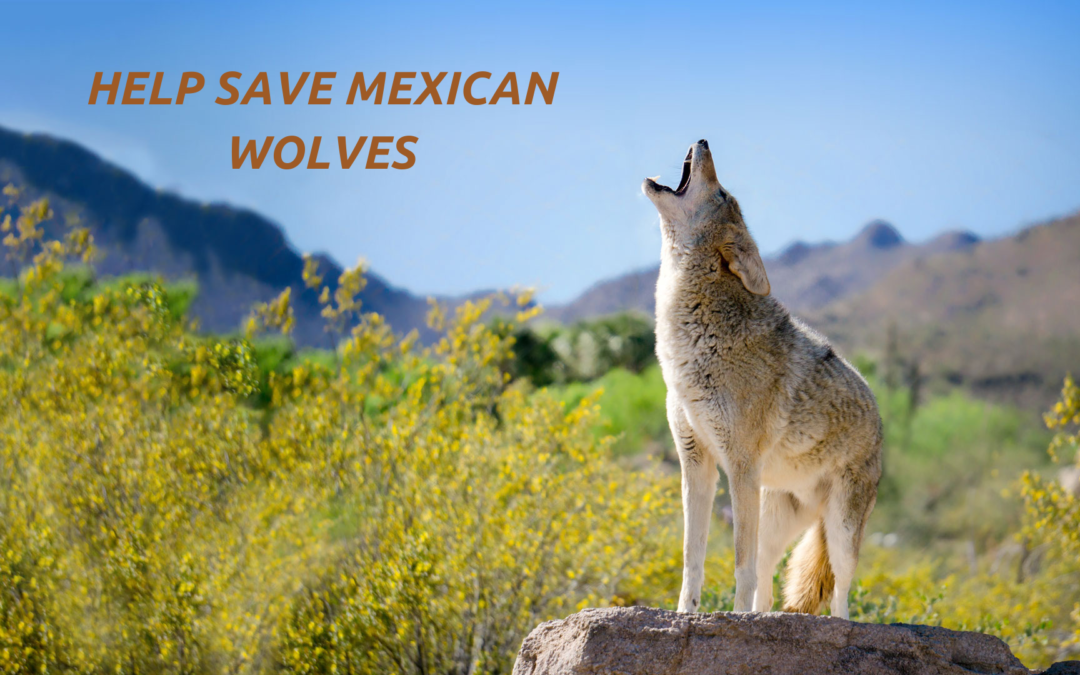 You Can Help Ensure the Survival of the Mexican Gray Wolf ~
Public Comment Period Open Through June 15, 2020

To those of you who joined the May 11 webinar hosted by The Rewilding Institute and Project Coyote, thank you for taking the time to attend. To those of you who missed any or all of the presentation, you can view a replay and see a list of questions and answers here.

As we shared with you during the webinar, the Mexican gray wolf is the most endangered gray wolf in North America ~ only seven Mexican gray wolves survived the relentless efforts by the U.S. and Mexican governments to exterminate them completely. Read more here.

The population is now estimated at approximately 163 wolves in the wild in in both Arizona and New Mexico ~ and you can help ensure that this iconic gray wolf subspecies doesn’t disappear completely.

In response to a 2015 lawsuit filed by several conservation groups, the Court ordered the USFWS to revise U.S. Fish & Wildlife’s first revision of the Section 10(j) management rule and to address the multiple deficiencies identified in the final Court Order by May of 2021.

The Court Order was a huge victory for Lobo advocates and provides what may be the last opportunity for the conservation community to convince the USFWS to make the necessary changes to the rule to ensure the long-term future of our native gray wolf—the Lobo of the Southwest.

The USFWS has initiated the process of rule revision, and on April 15 opened a 60-day formal public “scoping” comment period.
Comments must be submitted by 11:59 p.m. ET on June 15, 2020.

This public comment period is also your opportunity to advise the USFWS
on this important issue.

As we noted in the webinar, Project Coyote and The Rewilding Institute collaborated on addressing multiple complex issues in the comments we will submit to the USFWS. Please consider adding your voice to the efforts to ensure Mexican gray wolf recovery!

How to Submit Your Comments:

Thank you for speaking up for Mexican wolves! Please share this alert with friends and colleagues (see share buttons below).