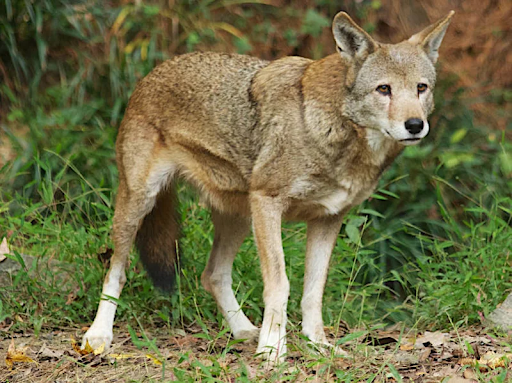 The red wolf, the only wolf species that existed solely in the United States, once roamed from Southern New York State through Louisiana to central Texas.  Smaller and somewhat dog-like in appearance with a subtle red hue in adulthood distinguishes the red wolf from its northern and western relatives the gray wolf and the Mexican gray wolf respectively.  Unknown to most Americans, it has unfortunately endured the same injustices as its northern and western cousins.  Persecuted by ranchers, farmers, hunters as well as state and federal wildlife agencies the red wolf population was considered “extinct in the wild” in the 1970s.  Under the Carter Administration, the last genetically pure red wolves were captured and bred in captivity in several of the nation’s zoos.  That’s where most of the last 14 members of the red wolf species spent the next several years.

In the 1980s the Fish & Wildlife Service (FWS) and the North Carolina Wildlife Resources Commission (NCWRC) engaged in an effort to reintroduce red wolves into the wilds of coastal North Carolina’s Alligator River National Wildlife Refuge. The red wolf enjoyed a somewhat healthy rebound and their numbers grew to about 150 by 2008 when several controversial management decisions were made by the FWS resulting in a sharp decline in the red wolf population which is now estimated to be 20 to 23 individuals. In 2018, the FWS basically decided to stop managing the red wolf population on private lands.  The red wolf was protected in the refuge area and another location that was on federal land, but private landowners and hunters were permitted to kill the wolves without the threat of prosecution if the wolves wandered off federal land.  On top of this, the FWS’s 10(j) designation of some wolf populations as “experimental/nonessential” populations under the ESA, essentially means they are managed more like a threatened species (allowing for more liberalized killing for livestock conflicts) despite their current status as federally endangered.  Later the “McKittrick Policy ” allowed the killing of an endangered species legally if you were not aware that what you killed was an endangered species. Although an Arizona District Court overturned the “McKittrick Policy” the Justice Department’s Ninth Circuit Court overturned the District Court ruling, making it again legal to kill endangered species by claiming ignorance of the species that was killed. The hunting and killing of North Carolina’s red wolves was made worse by the unintended deaths of several wolves due to automobile incidents.  The state of North Carolina also turned its back on its wolf population and began siding with private landowners and called on the federal government to end the program.

From 2018 on the red wolf introductory program fell from about 50 animals in the wild to about 8.  Things looked grim indeed for the red wolf and then the 2020 election changed the wolves’ fortunes. The new administration, with a new Interior Department head, threw out the 2018 management plan and engaged the FWS in restoring the red wolf recovery plan. Further good news occurred when the Southern Environmental Law Center sued the FWS and won.  The court claimed, in a scathing report, that the FWS had abandoned its congressional mandate and caved under pressure from the state to allow landowners to shoot wolves that strayed onto their land. The FWS now claims to be committed more than ever to ensuring the coexistence between stakeholders and red wolves, for the species’ continued survival. 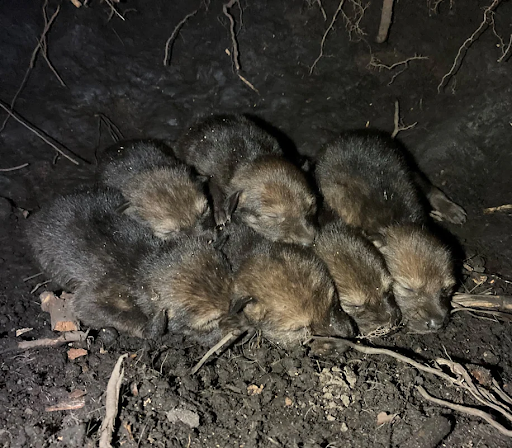 In February of this year, the FWS released 9 captive-bred adult red wolves into the wilds of North Carolina’s Pocosin Lakes National Wildlife Refuge.  In April, the first litter of wolf pups were born in the wild since 2018.  The 2 male and 4 female pups are happy and healthy and being cared for by their parents. The parents were both products of the captive breeding program who met in February of 2021 when the newly released male ran off a coyote who had been hanging around the female.  The two paired and successfully bred.  The captive breeding program continues to breed as much genetic diversity into their offspring as possible.  At the time of this writing things are looking up for the red wolf.  The federal and state governments seem solidly behind the recovery program.  The wolves’ wild population has increased to perhaps 20 individuals. Far too low to be considered stable, but growing.  The captive breeding population of the wolf seems to be growing despite some of the breeding adults aging out of the breeding ranks.  As numbers of wolves in the wild increase the number of offspring should increase as well.

Of concern still is the genetic diversity of the entire red wolf population, captive and wild.  Genetic diversity of the population is essential to the sustainability of the species. Disease, climate change, as well as natural and manmade stresses put pressure on all species.  Continued success depends on the species’ genetic diversity. Also of grave concern is the swinging pendulum of state and federal agencies support for wolves.  Forced cooperation by the courts and federal government take time, money, and political will. The anti-wolf bias among many state wildlife agencies and the FWS are well known, well entrenched, and difficult to enlighten.  The FWS has a history, off the record, of stating things like “look, I agree with you, but if you want us to do the right thing, you’re going to have to sue us.” This leads some conservationists to suggest that beneath the duck and fish on the FWS logo, it should read “We Don’t Wanna.” Even in the relatively enlightened Biden Administration, the important Interior Department head, Secretary Deb Haaland, the first Native American to head up a federal agency, approved the appointment by President Biden of Martha Williams, the former director of Montana’s Department of Fish, Wildlife, & Parks, as the head of the US Fish and Wildlife Service.  Although Williams was recently sworn in as director, she is not legally qualified to take the job as director.  By law the director of FWS must be a trained biologist.  Williams is an attorney with little biological training.

The wolf’s mystique in North America is mixed and therefore problematic.  Among many,  “the environmentalists,” the wolf is a symbol of freedom, beauty, and restoring the balance of nature.  To others,  “the rugged individualists,” wolves are seen as a nuisance to be controlled or extinguished. Either by hunters who claim, without any evidence, deer and elk hunting opportunities are declining as a result of wolf reintroduction or ranchers who blame wolves for everything from still-born calves to mean-spirited Halloween pranks.  The camps are well established with the science and the numbers greatly favoring the environmentalists, but the states and federal governments favoring the “rugged individualists.” As such, some states have been illegally doling out taxpayer dollars to ranchers whose cattle were struck by lightning or drowned in a flood—claiming they were taken by wolves.

As we have learned these past years, biases are hard to surrender. Seeing the truth seems to get more difficult with each passing day.  As my brother used to say, “you can lead a horse to water, but you can’t make it think.”  Yet we must continue to stand up for wild nature and the red wolf. 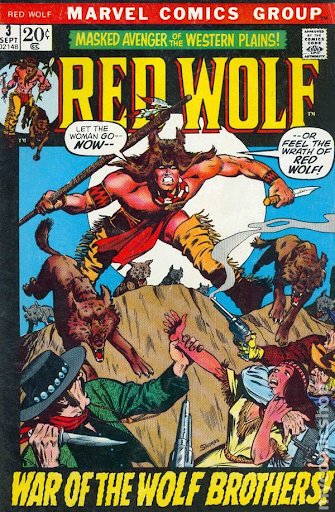 Personally, I would like to see the Red Wolf comic books I read as a kid re-released and updated to reflect a more enlightened view of nature, society, and government.  The reluctant rancher learns from Red Wolf that sheep ranchers in Italy shrug when asked what problems the wild wolves of the Italian Alps have caused them. Red Wolf sheds light on the second homeowner in New Mexico who is concerned that Mexican gray wolves in the area are not an issue for their families’ safety. When Red Wolf addresses hunters they are convinced that wolves in their area are necessary to a robust deer and elk population. Red Wolf further instills in them the pride that comes with their knowing that they will be hunting a more savvy and agile prey, and how this makes the hunter a noble adversary. Lastly, Red Wolf confronts the entrenched anti-wolf bias at the FWS.  Instead of shaming them into doing their jobs, protecting fish and wildlife, Red Wolf is able to reach them on a personal level thus enhancing their sense of purpose and love of wild nature.  That same love of wild nature that brought them such joy and filled them with a sense of wonder in their youth.

Would the people at Marvel Studios accept the idea? Who knows. I’m convinced Red Wolf could be a hit with young readers who enjoy comic books. Perhaps even making conservationists out of them.  A Red Wolf film from Marvel could be a huge box office success that could do for wild wolves what Al Gore did for climate change.  Wouldn’t that be something? 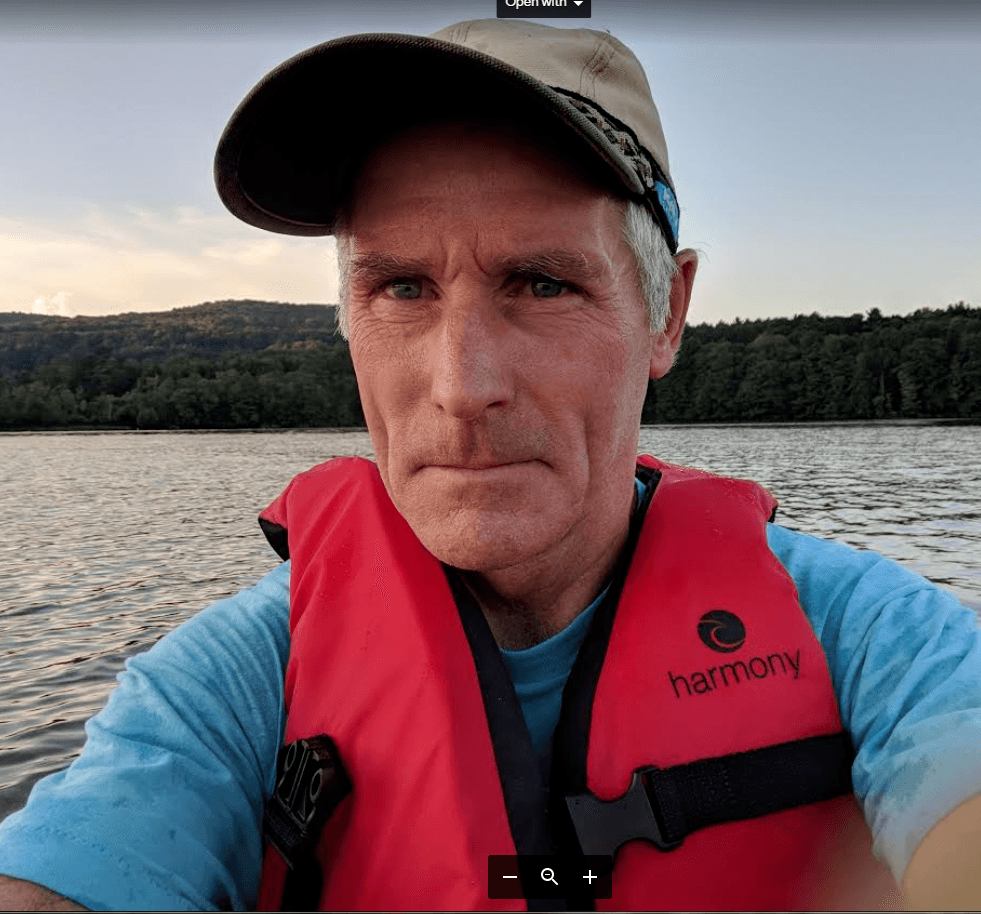