One of the Progressive Era’s foremost preservation laws, this act firmly established research and education in science and the humanities as valid goals of public land management in the United States. 1
–Richard West Sellars

In a speech to the League of American Sportsmen in 1901, Lacey revealed the depth of his concerns about such waste and misuse of natural resources—about, as he put it, mankind’s “omnidestructive” ways.  If such destruction continues, he warned, the world would become “as worthless as a sucked orange.”2
–Richard West Sellers

The National Monuments established by Presidential withdrawals under the 1906 Antiquities Act have been a weighty layer in the federal protected areas system but were not wholly unprecedented.  Not even for protecting historical and cultural sites.

Full precedents for the 1906 Antiquities Act and the National Monuments withdrawn under its authority should have two benchmarks:

1. Areas were withdrawn and designated for historical and/or scientific values.

2. The President had sole authority to withdraw areas of the public domain from handover to private interests.

There are no precedents that fully meet both criteria, but there are precedents for one or the other.

Growing worry over the loss of the great Civil War battlefields led the federal government to authorize the Department of War to acquire private lands where such battles took place.  Acquisition of battlefields from private owners of farms and woodlands were often stymied by landowners not wanting to sell, so the War Department used eminent domain to take most of the land.  Sellars wrote that acquisition by eminent domain was “even more remarkable than had the battlefields been on public lands.”3  Often called “cannonball parks,” these National Battlefield Parks were the first steps by the federal government to set aside areas of historical worth.  They were administered by the Department of War and included national cemeteries for the fallen.  Five were set up in the 1890s:

All (but for Antietam) were big, with Chickamauga the biggest at 7,600 acres.  They also drew many visitors from nearby population centers and the many Civil War veterans still living.

Sellars wrote, “The early battlefield parks constituted by far the federal government’s greatest effort in historical preservation through the nineteenth century.  Most of the parks were much larger than any other protected historic sites, private or public, in the country.”4

Before 1890, Congress had been quite miserly in establishing large National Parks.  There was only one: Yellowstone.  However, in the 1890s, three others were designated: Sequoia, Yosemite, and Mount Rainier.  The purpose of such National Parks was to protect the best areas of “monumental scenery” in the United States.5  We should keep in mind, though, that there was no National Park agency until 1916 and that the big National Parks were poorly cared for and funded, if at all. 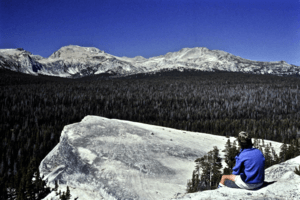 In 1891, Congress attached a provision to the General Revision Act authorizing the President to “set apart and reserve…public land bearing forests…or in part covered by timber or undergrowth, whether of commercial values or not, as public reservations.”6  After the full meaning and might of this provision were understood, it was called the Forest Reserve Act.  It was the beginning of today’s National Forest System.  From 1891 until 1907, the President acting alone could withdraw public lands for Forest Reserves. In 1907, Congress reacted to the anguished wailing of Western politicians and resource pirates and took that power away from the President.  From then on Congress had to approve by legislation such withdrawals and their designation as National Forests.  Before 1907, though, Presidents Benjamin Harrison, Grover Cleveland, William McKinley, and Theodore Roosevelt set aside some 151 million acres.  Three of these four presidents were Republicans.7 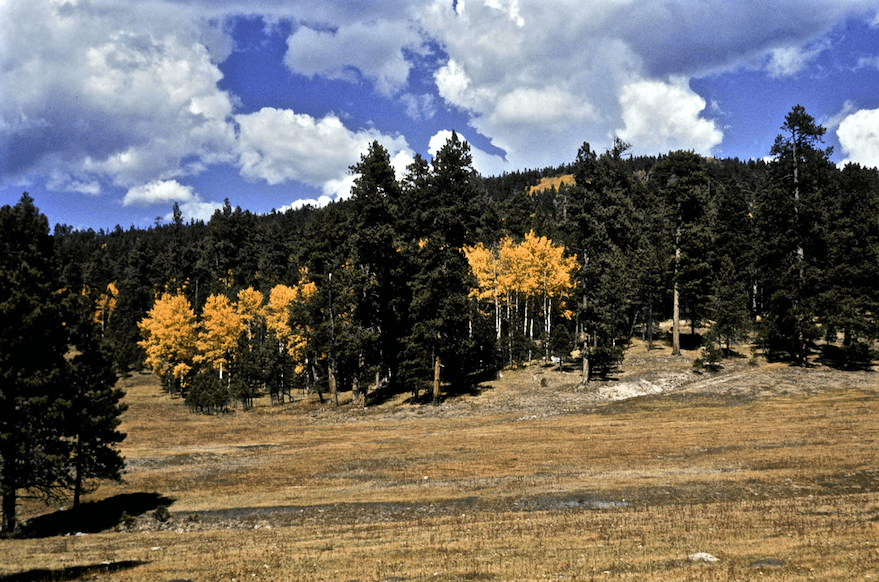 The strength of the Forest Reserve Act was that the President could withdraw land for Forest Reserves without having to go through the scrambled politics of getting both houses of Congress to pass legislation.  The President could act quickly to withdraw lands that might have gone into private or corporate ownership.  Only 40 million acres have been added to the National Forest System since 1907.  The early Presidential withdrawals make up the bulk of the system.

During the 1880s, many folks back east learned of the stunning Indian ruins in the Southwest and how they were being looted by the likes of John Wetherill.  Among the upset were the intellectual elite of Boston, including “jurist Oliver Wendell Holmes, historian Francis Parkman, and poet John Greenleaf Whittier,”8 and Massachusetts Senator George F. Hoar.  Their greatest worry was for the Casa Grande ruins in southern Arizona.  Casa Grande was being threatened by looting and nearby irrigation.  Hoar introduced a bill; and in 1889 a precedent for protecting the archaeological sites in the Southwest was set when Congress passed a law that “authorized the President to ‘reserve [the site] from settlement and sale’” and to ‘“repair and protect’” Casa Grande.9

So.  With the National Battlefield Parks, Forest Reserves, and the Casa Grande Ruins, three strong precedents were set that undergirded the forthcoming Antiquities Act.  Respectively, they were (1) protecting areas of historical and cultural values (unlike the few National Parks that protected monumental scenery); (2) authorizing the President, acting on his own, to withdraw big stretches of public land from disposal, for protection and management by the Federal Government; and (3) to withdraw, restore, and protect archaeological sites in the Southwestern territories and states.

Designation of federal protected areas picked up in 1899 when President William McKinley signed legislation for Vicksburg National Battlefield Park and days later for Mount Rainier National Park. Sellars wrote, “Then, in the early months of 1900, four separate bills for the protection of American antiquities on federally controlled lands were introduced in the House of Representatives.”10

The last one of these antiquities bills was offered by Congressman John Lacey of Iowa (see “Whence the Antiquities Act I”). The year before, the Archeological Institute of America and the American Association for the Advancement of Science (AAAS) each set up a committee to study ways to safeguard American antiquities and then together drafted federal legislation to do that and gave their antiquities bill to Lacey, the Chairman of the House Committee on Public Lands.  Lacey then handed the draft bill to leaders of the Department of the Interior for fine-tuning.  The Interior officials sorely wanted legislation giving them authority to protect Indian ruins and the pottery and other antiquities in them from ransacking and looting.  They drafted a bill that heavily drew from the scientific societies’ bill.  On April 26, 1900, Lacey dropped his bill into the hopper.

Upon looking at Lacey’s 1900 bill, one can’t help being amazed. Sellars wrote that it “bears special notice because of its farsighted, visionary scope, endorsing preservation of places significant in both human and natural history.  Remarkably, it included not only versions of all of the major elements that would appear in the 1906 Antiquities Act, but also most of the principal elements of the 1916 National Park Service Act.”11

The following show how farsighted and visionary Lacey and his allies were with the 1900 bill:

Wow.  This bill was written 120 years ago.  As I wrote in “Whence the Antiquities Act I,” Lacey was the first great conservationist in Congress.  He truly is one of the founders of the land and wildlife conservation movement—and has not gotten his due. 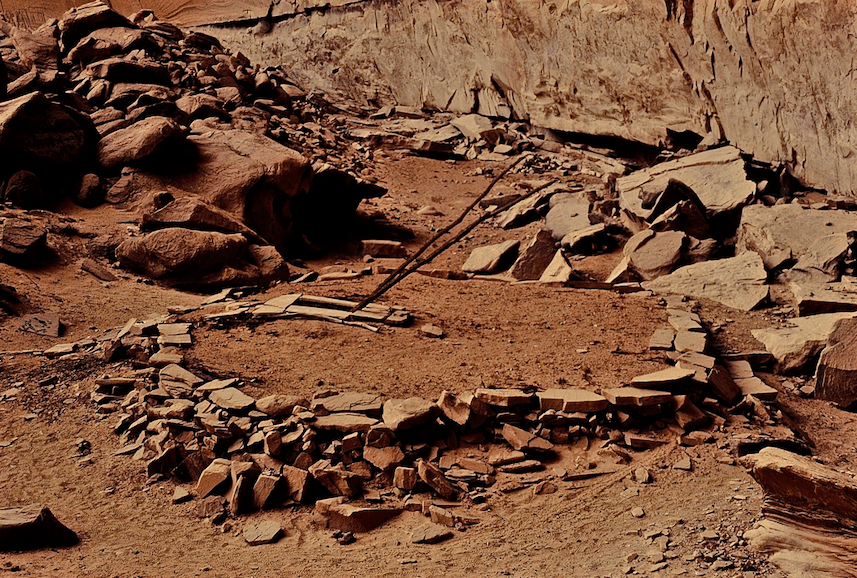 Presidential historian Douglas Brinkley, in his sweeping The Wilderness Warrior: Theodore Roosevelt and the Crusade for America, shows that Lacey had a sturdy ally in President Roosevelt.  “Since his days at Harvard, in fact, Roosevelt had been interested in the mysteries pertaining to the vanished Chacoans.”  And later “he denounced Chacoan ‘pot hunters’ as being as swinish as the poachers at Yellowstone.”13

After Roosevelt became President and heard Lacey talk about his trip to Pajarito Plateau and elsewhere looking at ruins, Brinkley writes that “Lacey had truly gotten President Roosevelt to start thinking in earnest about preserving Chacoan heritage sites in Colorado, Utah, New Mexico, and Arizona.”14

CAMPAIGN FOR AN ANTIQUITIES ACT

Like the other three bills to protect antiquities, Lacey’s 1900 bill stalled in Congress.  It began, though, the six-year campaign by Lacey, his allies in Congress, archaeological and scientific societies, archaeologist Edgar Lee Hewitt from New Mexico, the General Land Office and key leaders in the Interior Department, and influential citizens upset by the looting of ruins and antiquities.

In “Whence the Antiquities Act I,” I discussed how Lacey visited New Mexico in 1902 and was guided by Hewett to archaeological sites on Pajarito Plateau (now Bandelier National Monument) west of Santa Fe. Lacey was enthralled with the cliff dwellings and other ruins in Frijoles Canyon and nearby. Lacey and Hewett became fast friends, and Lacey was so impressed with Hewett’s archaeological knowledge and his earnestness for saving archaeological sites and their antiquities from further looting, that he called on Hewett to come to Washington in 1904 to help get a revised antiquities bill passed into law. Lacey’s trust in Hewett helped the New Mexico archeologist gain acknowledgment from the American archaeology establishment and deeper connections in the Department of the Interior.

In 1904, Lacey, with strong backing from the Interior Department, introduced a thoroughgoing bill much like his 1900 bill.  Republican U.S. Senator Henry Cabot Lodge of Massachusetts had introduced one of the 1900 bills and in 1904 put in another, less visionary than Lacey’s.  Lodge was one of the leading members of the Senate and of the East Coast establishment. He easily gained support from scientists and others. His bill began to move forward while Lacey’s trailed behind.

The Interior Department then asked Hewett in New Mexico to write a study of “all the districts of the Southwest that are rich in prehistoric remains.”  Hewett produced a thorough and informative report for Interior and Congress. There had been nothing like it before. Besides his inventory, Hewett argued that protecting such sites would draw national and international tourism. Beyond protecting areas of historic and scientific value, Hewett urged protection of areas of “scenic beauty.”

None of the 1904 bills made it far in Congress. Thereupon, the Archaeological Institute of America and the American Anthropological Society formed a committee “to promote antiquities legislation.”15 They asked Hewett to chair the committee. He wrote a bill that was simpler and that would be less controversial than Lacey’s failed bill. Lacey grabbed Hewett’s bill and made few changes to it, though he likely added “scientific” values to “the characteristics for which public lands could be preserved under the Act.”  Sellars believed Lacey did this so his beloved Petrified Forest could be designated, since his bill to make it a National Park had failed.16  By adding “scientific values,” Lacey made the key change that would allow presidents to designate National Monuments other than just for antiquities—thus laying out the path for the Grand Canyon and other such areas to be made National Monuments. 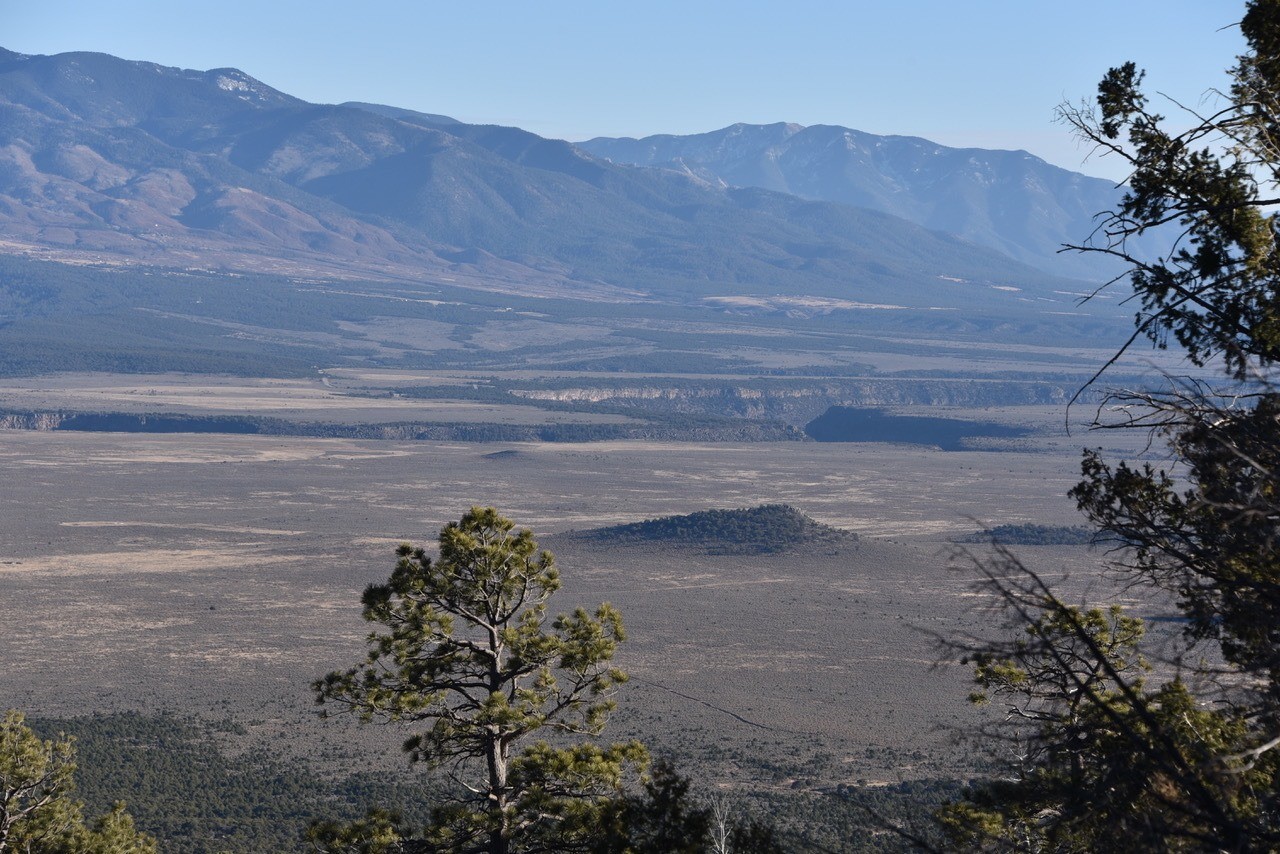 Lacey introduced the bill and thanks to his legislative skills, the backing of scientific societies, and Hewett’s lobbying, the Antiquities Act passed both houses of Congress and was signed by President Theodore Roosevelt on June 8, 1906.  Many supporters called it the “Lacey Act.”  Both Lacey and Roosevelt (and Lodge) were Republicans; and we conservationists need to make it clear that the Antiquities Act from its beginning and early use was a Republican undertaking.

My next “Around the Campfire with Uncle Dave” will be the third and final installment of this series.  In it, I’ll lay out the provisions of the Antiquities Act and look at how President Theodore Roosevelt made use of its authority.

Spread Rewilding Around the Globe!
Tags: Antiquities Act, Around the Campfire

Leave It As It Is: A Journey Through Theodore Roosevelt’s American Wilderness

The Attack on the National Park System, Part 1