#32 Around the Campfire; A Few Things We Can Do to Freeze and Then Lower Man’s Population 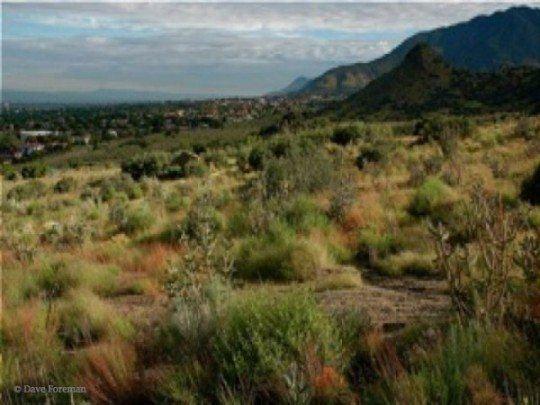 Lisa Hymas, senior editor at Grist, features an excellent series on human overpopulation. Look for her nicely done summary of Man Swarm and the Killing of Wildlife, “Stop the ‘man swarm,’ save the wild world” appearing in Grist’s “7 Billion” series.

“Do not let us be blamed by our descendants for not trying.”
–Sir Charles Galton Darwin

I’m happy with the welcome my new book Man Swarm and the Killing of Wildlife has gotten in sundry fields.  For those of you who haven’t yet read it, I’d like to show that while it has doom and gloom galore, it is also full of steps we can take to bring our population down to what Earth can house without gobbling up everything wild.  What follows in this “Campfire” are a few of these steps.  I may lay out others in a later “Campfire.”  This list of steps is not all my doing, by the way; I had help, most of all from Phil Cafaro of Progressives for Immigration Reform.

SET A GOAL OF ZERO POPULATION GROWTH BY THE EARLIEST DOABLE DATE.  SET A POPULATION CEILING FOR THE UNITED STATES THAT WE WILL NOT GO BEYOND (325 MILLION?).  THE SAME NEEDS TO BE DONE FOR OTHER COUNTRIES BY THEIR CITIZENS.

Setting goals comes first.  This is run-of-the-mill planning.  Making up our minds to stop population growth by a set time at a set number leads to the need to lower births and to cap immigration.  For the sake of some kind of target, I’ll call for a population of the United States of no more than 325 million (we are now at 310 million), with zero population growth gained by 2025.  It would be better if it could be lower than this.  And we should work to lower it after 2025.  How about a goal for a U.S. population of no more than 200 million by 2100?  With such goals, we can better reckon what we need to do to gain them.

CALL ON YOUR GOVERNMENT TO SET A CAP ON POPULATION

National commissions should be set up in every country to set what the highest population should be, and Earth lovers need to watchdog them to keep the population cap low.  Rosamund McDougall of the Optimum Population Trust writes, “At the end of 2008, Britain became the first country in the EU to set a cap on population growth, with a ministerial pledge not to allow it to grow beyond 70 million.”  The United Kingdom now has 61 million inhabitants and is growing by 400,000 a year thanks to immigration and a too-high birth rate.  McDougall warns that the pro-growth policies of British governments “look like a catastrophic environmental error.  It is hard to see how the country will be able to sustain 70 million people in 2050.”  The Optimum Population Trust is calling for “numerically balanced immigration” and “stopping at two children.”  They believe such a path could cut population to 55 million by 2050. The United States and other countries need to follow the lead of the Trust.

Outrageous and outlandish though it will seem to many, some of us need to begin calling for lowering Man’s population and gathering the facts behind such a need.

And when we get right down to it, freezing world and U.S. population is not nearly enough.  Stout-hearted, free-thinking J. Kenneth Smail, an anthropology professor at Kenyon College in Ohio, has shown that there is truly no choice but to sharply lower the population of Man over the next one or two hundred years.

In two articles in European academic journals around the turn of the century, Smail lays out what I think is a sound, watertight framework that we must work to bring the population of Man down to about two billion else we face utter ruin.  I think we who love wild things and who know that the population explosion is killing them and their wildworld now
need to grab Smail’s work and build on it.  For the sake of wild things we must bring our population down to no more than two billion.
Please click on the attachment below to read the entire “Campfire.”

Izilwane, a nonprofit, participatory ezine, is firmly behind population reduction as being the KEY way to stop biodiversity loss, the sixth extinction, and eventually pestilence, war, and famine, which will increase as population growth becomes overwhelming. Izilwane is a participatory online multimedia platform that educates and raises awareness about the biodiversity crisis, sixth extinction, and human ecology. We focus on changing how humans perceive themselves in relationship with other species and local and global ecosystems. Individuals (including youth) from around the world are trained virtually and in person by our team of writers, photographers, and videographers. In learning to become “citizen eco-reporters” for Izilwane, our contributors become biodiversity advocates who co-create eco-centric models of thinking, living and being, and share their knowledge and experiences with each other and the general public. Our editot-in-chief, anthropologist Dr. Lumpkin is based in Taos. Izilwane’s staff lives around the US and the ezine’s contributors hail from as far away as Rwanda. Check us out: http://www.izilwane.org. Volunteer, contribute, or donate. Be a part of the solution.

This is just plain silly Utopianism. Let’s instead look at countries where the population is actually declining – there are such countries. What are the characteristics that lead people to choose to limit their children? How is it better for them and how might those benefits be shared with growing countries? How can we help cities manage declining populations? (In-city green belts? In-city produce farms? There are American cities in the Rust Belt that are tackling shrinking populations today. Choosing a population target will always be arbitrary – and invite backlashes. Identify the tools that will help – better birth control is one, but non-obvious things like micro-credit may be another. “You are a child of the universe, no less than the trees and the starts. You have a right to be here.”

I just read this item ( http://www.cnn.com/2011/10/28/opinion/pearce-population-fertility/?hpt=us_mid ) “rich or poor, Muslim or Catholic, secular or devout, socialist or capitalist, with tough government birth control policies or none, most countries tell the same story. Small families are becoming the new norm………………. The global average is now down to 2.5 children per woman, and it continues to fall.”

Clinging to obsolete positions in the face of new facts alienates the public, wastes our time, and encourages the “wacko enviro” stereotype.

I support 2 billion total world population also. A lower number would be better. Alower population will happen bby catatrophe if not planned.