#47 Around the Campfire; Darwinism—Science and Philosophy 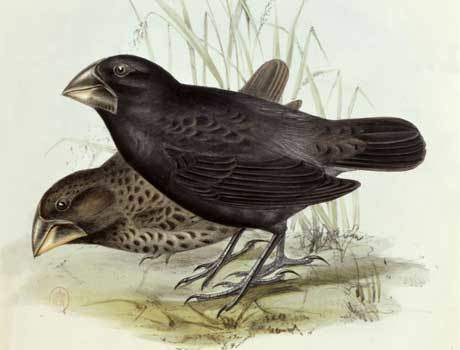 One hundred and fifty years ago, Charles Darwin overthrew philosophy up to that time.  Darwin is not only the greatest biologist ever, but the greatest philosopher, even if most folks don’t begin to understand how much Darwin overthrew old thinking and shaped new thinking.  Ernst Mayr, who was unmistakably one of the top biologists of the twentieth century (he died at the age of 100 in 2005) wrote of the 24th of November 1859, (when Darwin’s On the Origins of Species was published and which should be a big holiday for thinking folks): “This event represents perhaps the greatest intellectual revolution experienced by mankind.”  Among other things, “It almost single-handedly effected the secularization of science.” Which means that science at last sought only natural grounds for the universe and life.  This is a big deal.  A big, big deal.  Darwin was the first great thinker to look at the world (and Man) through the true-to-life lens of biology.  Philosophers and scientists before Darwin brought the supernatural into their studies of the natural.  Darwin left out the supernatural and, by the way he did so, he made it workable for others to do the same.  Insofar as my wit may be pigeonholed, I am a Darwinist.  Though some biologists have asked that “Darwinist” no longer stand for “evolutionist,” I strongly believe that “Darwinism” is still the truest name for the Weltanschauung coming from his theories.

Darwin’s theory of evolution is five theories, wrote Mayr: (1) The nonconstancy of species; (2) descent of all species from common ancestors; (3) gradualness of evolution; (4) multiplication of species; and (5) natural selection.  These thoughts were world-shaking when Darwin first put them out.  And they are world-shaking yet today in much of the United States and other muddle-headed strongholds, such as Islamodom.  Although Darwin’s theories work well together without any grit between them, they are standalone theories.  Indeed, for most of the hundred years after 1859, few evolutionists bought all five of these theories.  It wasn’t until Mayr and others hammered out the evolutionary synthesis that all five of Darwin’s theories became widely acknowledged.  Mayr wrote that the evolutionary synthesis is “The achievement of consensus among previously feuding schools of evolutionists, such as experimental geneticists, naturalists, and paleontologists, taking place particularly in the period 1937-1947….”

Among the high-flown beliefs propping up the Weltanschauung of the West that Darwin overthrew were essentialism: all beings are unshifting breeds; finalism: “the belief that the living world has the propensity to move toward ‘ever greater perfection’”; and teleology: any shifts are goal-targeted or, in other words, things do not happen by luck, fluke, or serendipity. This last may be the hardest for even learned, thoughtful folks to choke down.  But as the late paleontologist Stephen Jay Gould so brightly and sharply warned:

[T]he worst and most harmful of all our conventional mistakes about the history of our planet [is] the arrogant notion that evolution has a predictable direction leading toward human life.


This is such a needed acknowledgement that I must linger on it for a few more lines.  Man is not the unerring outcome or endpoint of hundreds of millions of years of “life’s descent with modification,” but is, rather, a happy or unhappy (hinging on what kind of Earthling you are) happenstance.  We were not “meant to be.”  Nor is anything Man has done in its flicker of time been meant to be.  We happened to become, just as did the Curve-billed Thrasher getting a drink right now from the birdbath outside my window.

We only happened to be.

This may be the hardest and most frightening teaching from evolutionary biology and paleontology.  It might well be some of why most H. sapiens do not believe biology has much to do with us.  That we were not meant to be, but only happened to be is likely the most revolutionary idea in Man’s tale.  But this slap at our cheeks is not the worst wound to our overweening, selfish gall.  The hurt goes deeper.  Not only were we not meant to be and are only the happenstance of a string of flukes that could have gone other ways—but no abstractly intelligent kind of life with the inner might or craft to make a technological civilization overlording Earth was meant to be.  In other words, no being with our abstract reasoning and skill in taking over Earth was meant to be or was inevitable thanks to built-in design features in the unfolding of biology, as even some evolutionary biologists want to believe.

I agree that the lack of general knowledge of evolutionary biology and man’s place in nature is a serious problem which needs to be addressed.

I think that one way of doing it is spreading the knowledge of the work of an English moral philosopher named Mary Midgley. She is well acquainted with Darwin and evolutionary biology and does a good job of providing an intellectual base and setting an example. See

Midgley has written on Gaia theory and many other topics, taking a pretty consistent approach. She’s not perfect, but I think that encouraging people to read her, and encouraging academics to use her works in teaching, can put us a lot farther ahead than we are now.