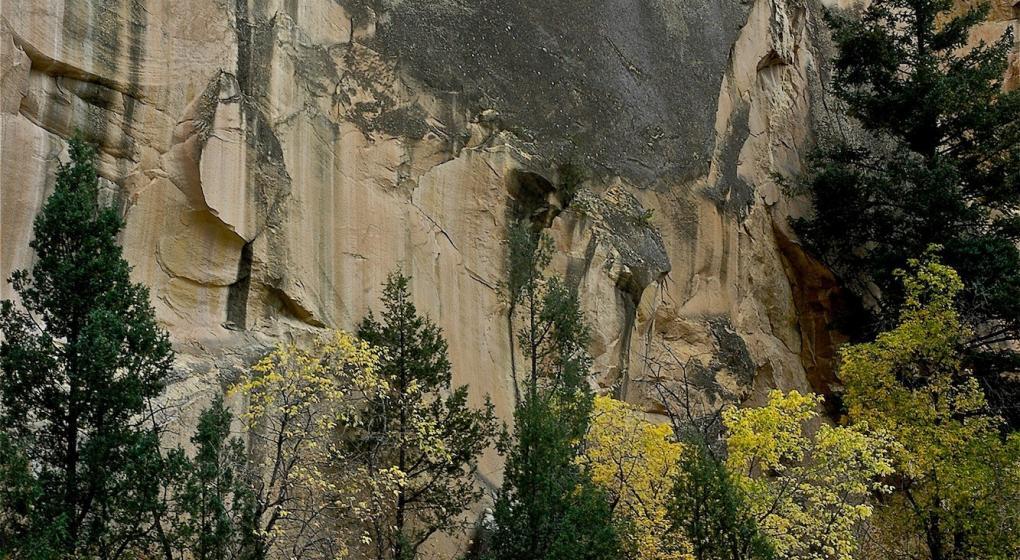 #57 Around the Campfire; How Rare the Wilderness?

The last time we gathered around this ol’ campfire, I told the tale of how the United States Forest Service fought against changing its ways after the Wilderness Act became law in 1964.  They kept on the road on which they had been since the end of the Big War in 1945.  That road they hoped would lead to a National Forest system fully under the hand (and will) of Lord Man (an engineer) with all the messy, decadent, and “overmature” forests cleared off to grow thrifty plantations of improved trees while affording watershed protection, wildlife (big game) habitat, forage for livestock, and a spread of outdoor play for Americans of whatever taste.  My old friend Paul Hirt, now a history professor at Arizona State, calls this engineering gall and hopefulness the “Conspiracy of Optimism.”

What the Conspiracy of Optimism meant for new Wilderness Areas and for overall protection of wilderness on the National Forests was that the Forest Service would fight every which way it could to hem in the acreage set aside as Wilderness, most of all if there was any sawtimber on the land.  They would also make the ghost of Harry Houdini envious of how the agency could worm its way out of any fetters put on it by Congress.

So.  As you heard around our last campfire, the Forest Service’s professional pride took three heavy blows between 1965 and 1971: 1) a federal judge forbidding the FS from logging or road-building in roadless areas next to Primitive Areas; 2) conservationists going over the Forest Service’s head to Congress and asking for new Wilderness Areas that had not been Primitive Areas; and 3) Congress making bigger Wilderness Areas than the Forest Service had wanted.  Forest Service Chief Edward P. Cliff gruffly whined, “Every time we made a move into a roadless area we ran into opposition which generally materialized in the form of a lawsuit or a wilderness proposal by a congressman.”  The Forest Service took these setbacks as the biggest and most frightening threats since its beginning in 1905.  These blows were mighty ax swings at the hallowed timber and road-building program and at the Forest Service’s wish to stamp its managerial will over the whole National Forest System.  That wish of taming unruly, wasteful wilderness in the National Forests with professional management had been a holy goal for the Forest Service from its birth.  Some gung-ho foresters acted as though Gifford Pinchot had come down from a mountain with such inscribed on a stone tablet.

Nonetheless, in 1971, the Forest Service said that it would inventory all roadless areas on the National Forests and evaluate their suitability for Wilderness designation.  That was the official line, anyway. 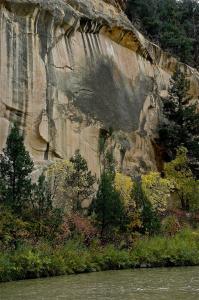 What is now the 50,000 acre Chama River Canyon Wilderness Area and National Wild River was not inventoried as a roadless area by the Forest Service in RARE. Photo: Dave Foreman

But I believe the truth was that the Roadless Area Review and Evaluation (RARE) was a carefully drawn-up stealthy strike by the USFS brass to undercut the calls—from citizens and members of Congress alike—for new Wilderness Areas, foremost those with trees.  The inventory was quick, fickle, uneven, sloppy, and underhanded; the evaluation was set up to recommend the fewest areas and the smallest acreage.  The goal was to stop dead in their tracks “wildcat” Wilderness Area proposals from tying up the Forest Service’s logging program and managerial freedom to bring wildlands to heel.

A smoking chainsaw to back up my belief is that the Forest Service had been slyly laying the groundwork for such a review as early as May 1969: “New Study Areas.  By June 30, *-1972,-* Regional Foresters will identify and submit a brief report on unclassified areas which seem to warrant further and more intensive study.”

On August 11, 1971, Chief Cliff told National Forest leaders “to inventory all roadless areas and to make recommendations by June 30, 1972 on areas that should later be studied intensively for possible wilderness designation.”  However, the Sierra Club warned, “Few conservationists even learned of the expanded scope of studies until mid-November 1971.”  The way this stealth inventory came out—after eighteen months undercover—hampered conservationists doing their own field studies.  Jerry Mallett of The Wilderness Society wrote that “there is not time for [conservationists] to do groundwork of their own, and make good informed comments on the areas involved.  They have only a matter of weeks in the dead of winter to study over a hundred areas in Colorado alone.”  Mind you, forty years ago most of the National Forest roadless areas were yet unknown to conservationists.  Moreover, most of them were in the high country.  How do you check on boundaries and “signs of man” when the landscape is under feet of snow?  In New Mexico, I roped in over thirty University of New Mexico students to run whirlwind field studies of roadless areas in the name of the UNM Wilderness Committee, while scientists at Sandia and Los Alamos labs, gathered as the New Mexico Wilderness Study Committee, did likewise.

The Forest Service studies were tilted against Wilderness.  In the Southwest Region (New Mexico and Arizona), roadless areas had to be “truly unroaded.”  The Regional Forester wrote to his Forest Supervisors, “Exclude all areas where parallel wheel tracks or rut roads remain plainly visible the season following their occurrence.”  In other words, if an elk hunter drove into a wet meadow right before snowfall, and his tracks could be seen in spring after the melt, a whole roadless area would be kicked from the inventory.

Please click here to read the entire Campfire with footnotes.