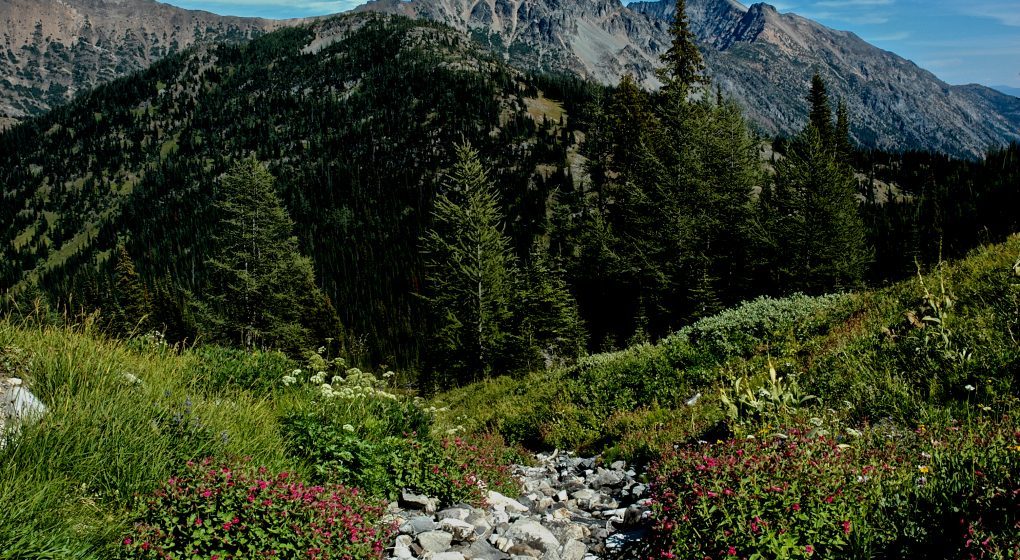 #49 Around the Campfire; The 1964 Wilderness Act’s Four Definitions of Wilderness

In order to assure that an increasing population, accompanied by expanding settlement and growing mechanization, does not occupy and modify all areas within the United States and its possessions, leaving no lands designated for preservation and protection in their natural condition, it is hereby declared to be the policy of the Congress to secure for the American people of present and future generations the benefits of an enduring resource of wilderness.

In the last gathering around our old wilderness campfire, I delved into how self-will (freedom from Man’s will) is the bedrock meaning of wild in wilderness and wildlife (wildeors).  The civilized world’s greatest welcoming of self-willed land came in the 1964 Wilderness Act in the United States.  This legislation was the end of eight years of long listening, coaxing, and rewrites in Congress and in public hearings across the nation.  Hikers, horse-packers, canoeists, hunters, anglers, climbers, birders, Nature lovers, and biologists boosted it.  The Wilderness Society’s Living Wilderness magazine carefully followed the whole tussle—citizen and agency, industry and Senator, for and against.  The Wilderness Society’s man in Washington, Howard Zahniser, wrote the first bill in 1956 and most of the later drafts.  His literary skill gave the Act the uplifting words and phrases that rest so cozily in our minds for recall.

The first definition is found in the statement of purpose for the Wilderness Act in Section 2(a):

In order to assure that an increasing population, accompanied by expanding settlement and growing mechanization, does not occupy and modify all areas within the United States and its possessions, leaving no lands designated for preservation and protection in their natural condition, it is hereby declared to be the policy of the Congress to secure for the American people of present and future generations the benefits of an enduring resource of wilderness.

Here and throughout the wilderness struggle, the drive has been to keep land from development—from being “spoiled” as conservationists once said.  Aldo Leopold, Benton MacKaye, Bob Marshall, and others who cobbled together the Wilderness Area Idea in the 1920s-1930s foremost wanted to shield the backcountry from cars and roads.  The title of Paul Sutter’s path-finding book shows this well: Driven Wild: How the Fight Against Automobiles Launched the Modern Wilderness Movement.  The grand old man of conservation historians, Samuel Hays, writes, “[W]ilderness proposals are usually thought of not in terms of perpetuating some ‘original’ or ‘pristine’ condition but as efforts to ‘save’ wilderness areas from development.”  Wilderness Areas, then, are lands walled off from industrial civilization’s wrecking crew: “increasing population…expanding settlement…growing mechanization.”  Hays wrote against the “wilderness deconstructionist” misunderstanding that the Wilderness Area Idea came out of a romantic/literary wish for a “pristine America.”  Hays grounded his thinking in having been a grassroots booster of the 1983 Eastern Wilderness Areas Act and having read many newsletters, alerts, and pamphlets from wilderness clubs. Section 2(a) thus teaches wilderness defenders that first of all Wilderness Areas are a tool (the best tool) to keep lands and waters from being “developed”—or put under the will of Man.

The second definition is the ideal:

A wilderness, in contrast with those areas where man and his works dominate the landscape, is hereby recognized as an area where the earth and its community of life are untrammeled by man, where man himself is a visitor who does not remain.  Section 2(c).

Written by Howard Zahniser, who, as a professional editor and writer, well understood picking the right word, this definition lines up with self-willed land in both of its two key phrases: “untrammeled” and “visitor who does not remain.”

Wilderness is where the works of man do not “dominate the landscape.”  Zahniser then chose the little-known word “untrammeled” carefully, and not just because it slips off the tongue sweetly.  Others earnestly chewed on Zahnie’s ears to get him to switch to another word because they thought untrammeled was little known and would be read by many as untrampled.  It is still often wrongly said as untrampled.  Nonetheless, untrammeled stayed in the Act, thanks to Zahniser’s knowledge and feeling for words.  Trammel is a fish net and also a hobble for a horse.  As a verb, trammel means to hinder the freedom of something.  Untrammeled, then, means that the will of something is not hobbled; it is self-willed.  Untrammeled land is the ground for evolution.  In his writings about exploring unmapped and unknown Alaska from 1929 to 1939, Bob Marshall used untrammeled “repeatedly in reference to the Brooks Range,” writes Arctic National Wildlife Refuge wilderness specialist Roger Kaye.  Polly Dyer, a Seattle wilderness leader still going strong in her nineties, knew the word from Bob Marshall and gave it to Zahniser as he began writing the Wilderness Act in the mid-1950s.  Untrammeled, then, might be little known to most, but was well known to the in-crowd of wilderness folks.  It was the word Zahniser wanted.  Untrammeled land is land whose ecosystems are self-regulating. Moreover, as Jay Turner shows in his new book, The Promise of Wilderness, Zahniser liked untrammeled because it was a fuzzy, not sharp word.  Thus, it lent itself more to feeling than to a checklist.

The last phrase in the untrammeled sentence also gives some folks heartburn: “where man himself is a visitor who does not remain.”  Men and women are only visitors or wayfarers in Wilderness Areas; we have no permanent settlements.  Many kinds of Wilderness Area foes bristle at this banning of dwelling.  My friend, philosophy professor J. Baird Callicott, has a hissy fit over this “received idea of wilderness.”  However, I believe this lack of long-lasting settlement is the key to wil-der-ness (will of the land).  Where humans dwell long, we trammel or fetter the willfulness of the land around our living spots and outward by stamping down our will.  How far?  This hinges on the population size and technological might of the band.

Think of Wilderness Areas as wild neighborhoods and we Homo sapiens who go into them as mild, friendly wayfarers wandering through.  We should follow the path of “minimum impact” to be good neighbors.  We also should be good naturalists so we know who our neighbors are in the wild.  Even if we hunt and fish and gather berries for subsistence, we are still wayfarers and not dwellers, notwithstanding how some think Alaskan natives “inhabit” Wilderness Areas.

Etymologically, ecologically, legally, these definitions for wilderness in section 2(c) agree: will of the land is at the heart of wilderness.

Please click here to read the entire Campfire, including footnotes.