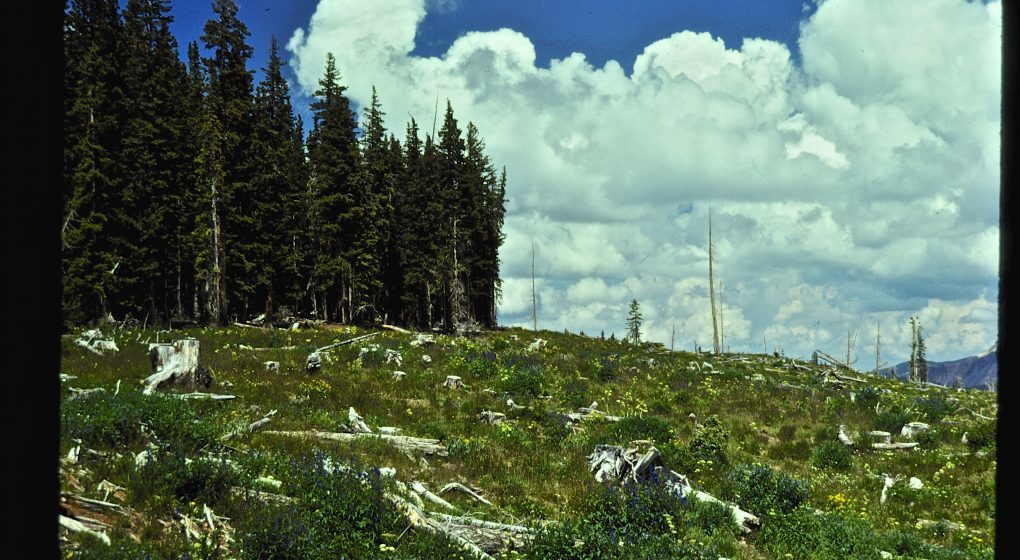 #61 Around the Campfire; The Forest Service Against the Wilderness After World War Two

Right before World War Two, conservation and resourcism were friendlier than they had been since the 1890s.  With Harold Ickes as Secretary of the Interior, Ferdinand Silcox as Chief of the Forest Service, Bob Marshall as Head of Recreation for the Forest Service, and Ding Darling as Director of the Bureau of Sport Fisheries and Wildlife, conservation groups like The Wilderness Society, National Parks Association, National Audubon Society, and the Sierra Club were pretty chummy with the agencies—although they kept being watchdogs.  Once the Forest Service felt it was here to stay after World War One, many Forest Supervisors and District Rangers settled into a custodial easy chair.  There was little call for National Forest timber; in fact, many timber companies were against Forest Service timber sales because such federal sales would undercut the more gainful logging of privately owned forests.  Since the “Big Blowup” in 1910 that burned 3 million acres in the Northern Rockies, the Forest Service had become foremost a wildfire-fighting agency, busy with building fire lookout towers and stringing crude telephone lines to the lookouts whether in roadless backcountry or Primitive Areas or reachable by rough “truck trails.”  Throwing a diamond hitch and handling mules were needed skills for working in the Forest Service—as well as knowing how to wield ax, crosscut saw, and shovel.  Many packtrails for fire fighting were built, some carefully engineered.  These trails are still the trail network on National Forests, though many have become roads while thousands of miles have become overgrown and lost.

After World War Two, however, conservationists and resource agencies found themselves at odds, as resource managers started an all-out onslaught against America’s last wilderness.  The United States Forest Service worked tirelessly to bring its backcountry to heel.   Land that yet sneered at the will of Man upset the engineering pride of resource managers as a job yet undone.  Roadless areas were seen as lands that hadn’t yet had roads chopped through them.

With after-war giddiness, the United States was on the road again—and resource agencies were ready at last to manage “their” lands.  First to feel this hurry were the timberlands of the National Forests—foresters had been waiting forty years for this glad day.  David Clary, retired chief historian of the Forest Service, laid out in flint-sharp thoroughness the growing overlordship of timber extraction in the National Forests in his book, Timber and the Forest Service.  He wrote, “Before World War II the national forests were mostly custodial institutions,” but after the war the call for National Forest timber became louder thanks to how logging companies had scalped their private lands thus leaving little to be cut.  Since soldiers home from the war were marrying, starting families, and wanting homes, the Forest Service was ready—nay, eager—to build new roads and get out the cut for the Baby Boom.  In 1940, the Forest Service sold 1.371 billion board feet of timber, in 1946, 2.470 billion board feet, and in 1952, 4.516 billion board feet. To cut this much timber from the roadless, back-of-beyond, old-growth wildwood of the West, roads had to be built—often up, over, and down slopes rugged as they came.  This rough, tough chore was an engineer’s dream and St. George against the dragon for the bulldozer jockeys.  The Forest Service loudly asked for more money from Congress, and with it bulldozed timber haul roads throughout the National Forests, splitting up big roadless areas as if splitting logs for kindling.  In 1946 the Forest Service came up with “a $260-million program, extending over thirteen years, to provide for a total of 26,000 miles of roads.”  This request was soon overtaken as the Forest Service, with backing from sawlog senators and representatives, needed more money for more roads to cut more timber to bring lots of money to rural counties in the West.  Thus began the “Iron Triangle” of the Forest Service, big timber corporations, and their pet members of Congress. 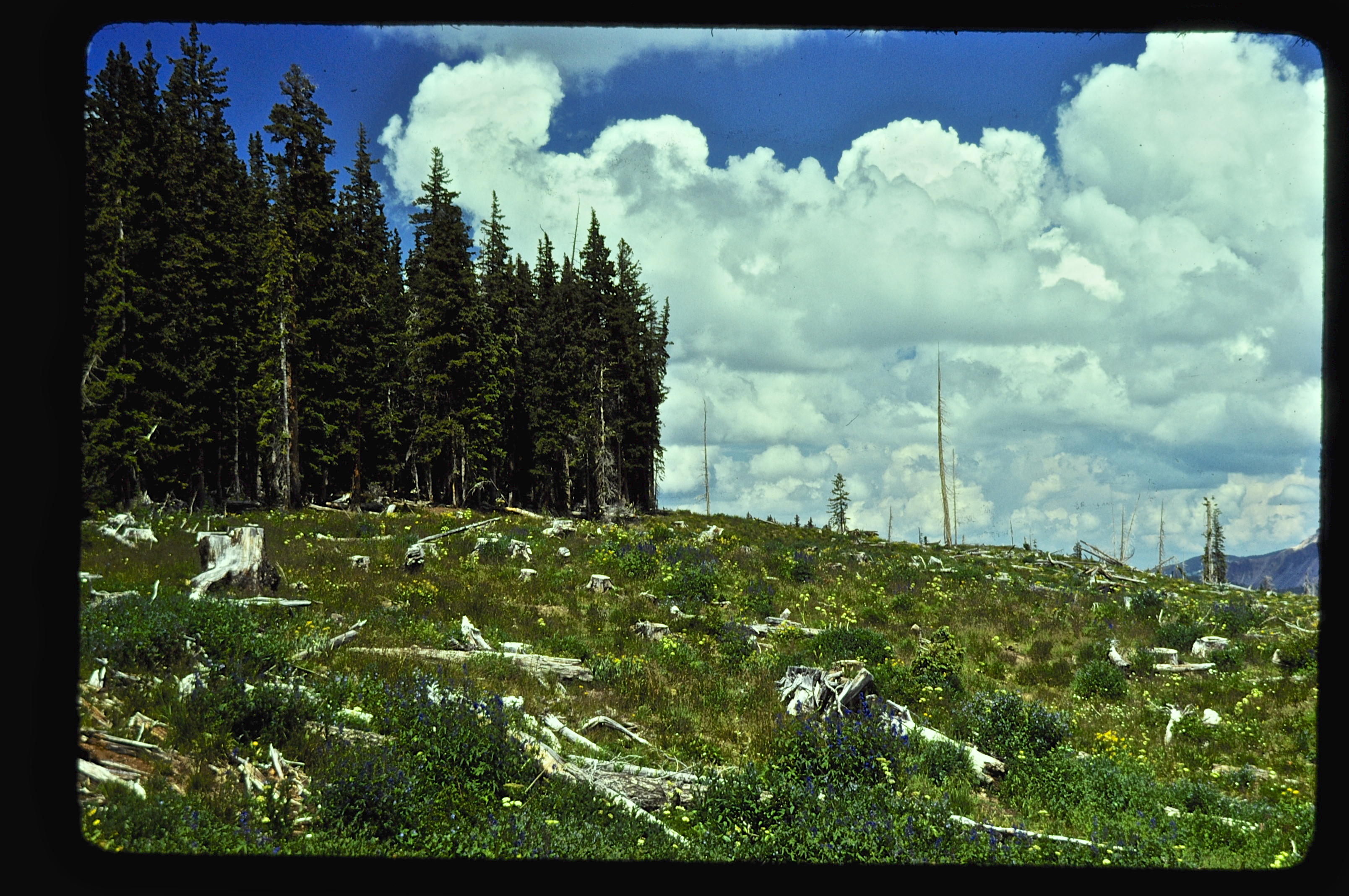 The clash was on.  The long goal was to log all old-growth forests and road all roadless areas (outside of the piddling handful of Wilderness, Wild, and Primitive Areas) so as to bring self-willed forests and the backcountry under the steady hand of the Forest Service’s professional, managerial will.  The goal of arrogant resourcism was to make over the Western wilderness into neat, garden-like timber plantations—to take the wild tangle of millions of years of evolution and in no more time than the career of a professional forester smooth it out into a well-behaved tree farm.  Over the last sixty years, the Forest Service has almost done it—and darned well would have done it if not for sundry hikers, climbers, birders, hunters, anglers, paddlers, horse packers, and other wilderfolk standing in the road athwart “progress” and shouting “No!”  “Hell, no!”  Nor have the mountains of the West meekly let themselves become so tamed as flatland Kansas field squares.