#40 Around the Campfire; The Myth of the Environmental Movement

The Myth of the Environmental Movement 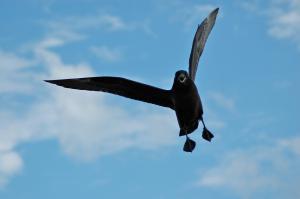 In the years following Earth Day, environmentalism, once regarded as the self-serving indulgence of a privileged elite, became ‘America’s cause’….

The Myth in a Nutshell

Earth Day, April 22, 1970, gave birth to the long-in-the-womb overhauling of the American conservation movement into the environmental movement.  By 1970 the conservation movement was tired, stodgy, and cut off from a growing and shifting America.  Since Rachel Carson‘s Silent Spring, which came out in 1962, folks had grown ever more aware of and worried about the evil banes befouling their air, water, soil, and bodies.  With the Santa Barbara oil spill in 1969, thickening smog in coughing cities, and the Cuyahoga River through Cleveland flashing afire on June 22, 1969, the onslaught against our living space was in everybody’s face.  The upper-crust conservation movement, which had never found a snug home with Americans, was straightaway made “relevant” with a new target on threats that mainly harmed people—smog, poisons in our food, filthy rivers, traffic jams, unsafe Pintos, and thoughtless, uncaring, and even evildoing big businesses.  Conservationists had been a band of hikers, bird-watchers, mountaineers, and sportsmen.  Environmentalists are mothers, fathers, and children.  Deep woods with tall trees rolling on for miles, wildlife, and National Parks are okay, but when you get right down to it, what comes first are human health, safety, and quality of life.  Today, the environmental movement has cast its net wider to haul in social justice, anticolonialism, feminism, animal rights, and Green politics, on top of fighting pollution and shielding wilderness.

So goes The Myth of the Environmental Movement.  In sundry shapes it is ballyhooed by academics and the news business, and believed in by the public, politicians, and many of those who belong to conservation and environmental clubs.

It is also wrong.

John Muir would sit down beside a blossom new to him and get to know it.  Let’s sit down here on our path by The Myth of the Environmental Movement, sunder it petal by petal, root by root, and try to tease it out.  We can deal out this myth into four belief-heaps:

(1) First and foremost, The Myth of the Environmental Movement holds there is one widespread folk gathering that cares about pollution and Endangered Species, urban transportation and wilderness, human health and “ecology.”

(2) Earth Day 1970 is touted as when conservation broadened into the lively, likable, and mighty environmental movement.  Veteran New York Times environmental reporter Phil Shabecoff wrote, “In the years following Earth Day, environmentalism, once regarded as the self-serving indulgence of a privileged elite, became ‘America’s cause’….”

(3) Before Earth Day, the Myth says that conservation was waning, unknown to most Americans, and politically weak.  In 1971, even mindfully farsighted and canny human ecologist Paul Shepard wrote, “By 1970 the long-standing but obscure crusade for conservation, once dominated by ‘nature lovers’ and modestly aimed at a mixture of amenities and improved land use, had abruptly graduated to the first rank of national concerns.”

(4) Environmentalism is above all about human health.  Back in 1994, the founder of the National Association of Physicians for the Environment (NAPE), Dr. John Grupenhoff, said, “Every environmental problem is or will become a health problem.  Therefore, pollution prevention is disease prevention.” (I don’t know where NAPE is today, but it or something like it is sorely needed.)

Let me slice up each of these beliefs, and then we will look more thoroughly at this vampish little myth with our pocketknife, tweezers, and hand lens, so we can see how environmentalism and conservation are not the same.

First of all, I do not believe there is an “Environmental Movement.”  Rather, I see work to keep wildlands and wildlife as the conservation movement or network, and the job to halt the harm technology does to human health and quality of life as the environmental movement, which would be better called the human health network.  My friend David Quammen, author of Song of the Dodo and maybe the best writer on biodiversity, thinks much like me.  In a 1999 interview, he said, “The preservation of biological diversity and the cleaning up of the human environment are not a single enterprise.…Conservation and environmentalism are not the same thing.”  In his column for Outside magazine, “Natural Acts,” he had a few years earlier written, “The term ‘environment’ implies a set of surroundings for some central, preeminent subject.  That central subject…is human life.  Therefore the very word ‘environment’ entails a presumption that humanity is the star of a one-character drama around which everything else is just scenery and proscenium.”  He went on, “Environmentalism is not in its essence perverted.  It’s just an understandable campaign of self-interest, by our species, with potentially dire implications for the world at large.  What does seem perverted is confusing environmentalism with conservation.” I wish more of my conservation friends would take these words to heart and clean up their language.  Muddling conservation with the name “environment” is not only wrong, it is harmful to shielding wild things.

Adapted from Chapter 1 in Take Back Conservation. The book, second in the For the Wild Things series by Dave Foreman will be published this fall.

I agree with most of your points. I partially disagree on your first one though: that the environmental and conservation movements are different. They may be different, or they may be the same: it depends on the reason/moral foundation for acting. Let me explain my thinking:

However, for others conservation may be utilitarian–they believe it is wrong to allow extinction because this or that species may have some human use.

In both cases, individuals would be working for ‘conservation’ as your article defines it. Indeed the ESA’s legislative history, for example, reflects both moral and utilitarian reasons for conserving wildlife and plants. But in the latter case the rationale is much more self-centered.

But there are also people who are involved in the environmental movement who do it simply because they want to breathe cleaner air, or drink safe water, etc. This is much more of a utilitarian perspective on stoping harms caused by industrialization.

Thus, I think those who focus on equity–inter-species equity on the one hand, and intra-species equity on the other–to be part of one movement, regardless of whether their day-to-day work is focussed on NOx emissions or invasive plants (and even those are interlinked, science now tells us). And I think of people focused on our individual or collective self interest as part of a separate movement.

You and Kareiva cannot be reconciled into one movement–even though you both ostensibly are motivated about conserving wildlife.

But you and Luke could–even though you focus on wildlife, and Luke focussed on human-life–because at base you have the same moral concern, just focussed in different places.