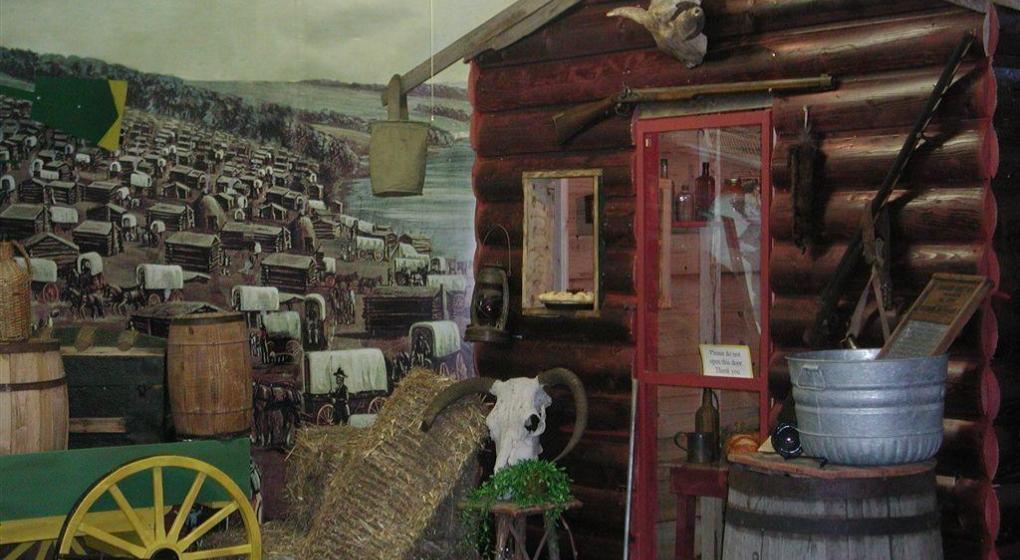 #52 Around the Campfire; Wilderness Areas and the “Myth(s) of the Frontier”

End of the Frontier

It hit America like a grizzly’s slap across the cheeks.  After the 1890 census, the U.S. Census Bureau said there was no more frontier.  Before, there had been a line of settlement past which was mostly wild, uninhabited country.  That line was gone in 1890.  The Killing Decades had ended the frontier.  Manifest Destiny had overwhelmed the land.  Miners, market hunters, railroaders, cattlemen, and sodbusters had broken the line of the big empty.  Gone, too, were free Indian nations.  The Battle of Wounded Knee in 1890 killed any hope for the comeback of the old ways.

Americans high and low worried about whether America—a frontier nation—would stay America without the frontier.  The frontier had shaped our national character.  Our democratic institutions had come out of it.  Could we keep our democracy?  Wilderness had been the fire into which the European was thrust and then hammered out to make a new being—the American.  Would we grow soft and weak and sinful without the annealing fire of wilderness?  In the 1890s, Harvard’s

built his theory of American history around “the transforming influence of the American wilderness,” wrote Roderick Nash, who went on to say that Turner believed “democracy was a forest product.”  In 1896, Turner wrote in the Atlantic Monthly, “Out of his wilderness experience, out of the freedom of his opportunities, [the American pioneer] fashioned a formula for social regeneration—the freedom for the individual to seek his own.”

Theodore Roosevelt was another worried watcher, but one who had an answer.  In 1899, he warned, “As our civilization grows older and more complex, we need a greater and not a less development of the fundamental frontier virtues.”

The far-flung wilderness was gone; left were moldering bone piles on the plains, the dimming recall of thunderous pigeon flights, and rotting stumps bigger around than the biggest wagon wheel.  Was the wealth of the land a will-o’-the-wisp like the frontier?  A shade from the past ne’er to be glimpsed again? 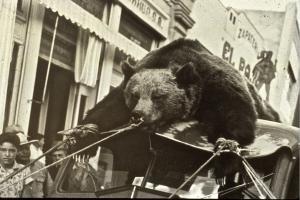 Out of these fears—of the loss of the frontier and the crumbling of the Myth of Superabundance, the American conservation movement arose in the last days of the nineteenth century.  It did not leap full-grown and ready to fight out of the Census Bureau’s report, though.  Conservation had roots stretching back even before the English colonies.  By the early 1700s, Massachusetts and Virginia had passed laws cutting back hunting.  Historian Lee Clark Mitchell warns, “Issues that we assume are modern—conservation, protection of endangered species, native rights, and questioning the price of progress—actually originated early in the nineteenth century.  As such they form a uniquely American legacy.”

The Myth of the Vanishing Frontier

Over the last twenty-some years, however, a handful of academics, influenced by the trend of postmodern deconstruction in the humanities and social sciences, have chided the idea of wilderness, the reality of wilderness on the ground, and whether Wilderness Areas are a workable management path for our public lands backcountry.  I call these critics wilderness deconstructionists.

A leading putdown of the Idea of Wilderness Areas is that it came about over angst at the loss of the American frontier.  Indeed, historian William Cronon, put this angst at the heart of his essay “The Trouble with Wilderness” when he wrote:

[I]n the myth of the vanishing frontier lay the seeds of wilderness preservation in the United States.…Among the core elements of the frontier myth was the powerful sense among certain groups of Americans that wilderness was the last bastion of rugged individualism.

I entitled this essay “Myths” instead of “The Myth” because I think we may find such criticism of wilderness as another Myth of the Frontier.  Let’s delve a little deeper into what Turner believed.

Turner’s thesis elbowed out an earlier belief, of which David Hackett Fischer writes, “Historians believed that the American system had evolved from what one scholar called ‘Teutonic germs’ of free institutions, which were supposedly carried from the forests of Germany to Britain and then to America.”  Turner did not toss out this “germ theory,” but believed the seedbed—the American frontier—had more to do with it than the germs, or seeds, sowed.  Turner and others found the tree of liberty in the back and forth with wildland, not in folkways from Europe.  Some historians and other academics have an odd weakness: the wholesale takeover of one way of seeing by another.  I think a wiser and truer path is to see that sundry theories may each hold slabs of the truth.  In keeping with the either/or path, however, William Cronon wrote twenty years ago, “Later historians would reject this argument about the frontier origins of American democracy, so that Turner’s anxiety about the ‘passing frontier’ should now be read as his own ideological construct.”  But for some of today’s historians to shun Turner’s frontier thesis does not mean it is without some truth, just as “Teutonic germs” have a dab of truth.  Those who toss out Turner’s “Frontier Myth” as if getting rid of a pile of old beer cans may be hurting from their own “ideological constructs.”

Aldo Leopold, by the way, lived two houses away from Turner in Madison, Wisconsin.  Leopold’s writings smack strongly of the salt of the older scholar’s thinking.

Does the Myth of the Frontier Undercut Wilderness Areas?

Perhaps we have unearthed another Frontier Myth here.  Even if Turner’s Frontier thesis were wholly bunk, so what?  Even if you wish to trash the “myths” of the vanishing frontier and rugged individualism, is it a myth that you therefore should also be against setting aside some Wilderness Areas?  Keeping the frontier alive has only a little to do with today’s National Wilderness Preservation System.  Paul Sutter, in his bright new look at the early wilderness movement, Driven Wild, does a matchless job of showing how Aldo Leopold and others wanted to set aside big landscapes where they could keep unforgotten and alive “primitive” travel and living skills gained from their horse-and-saddle days in the early Forest Service.  But Sutter also shows that they were driven into doing so not out of some eldritch frontierism but because the last big roadless areas on the National Forests were under the looming threat of being overrun by motorcars.

(Note: Bill Cronon, in his good introduction to Sutter’s Driven Wild in 2002, acknowledged that keeping roadless areas from automobile-based recreation was a stronger drive for the early wilderness crowd than were the “romantic sublime” and the frontier.  Moreover, Driven Wild cleanly wipes away many of the misunderstandings of the wilderness deconstructionists.  Read it!)

Nonetheless, the link among unprotected wilderness, designated Wilderness Areas, and the frontier is worth looking at.  For one, this linkage has been jumbled by many of those weighing it.  This is the real Myth of the Frontier insofar as Wilderness goes.  The key for our understanding is this: frontier is not wilderness.  Frontier is “the advancing boundary of human domestication and despoiling of Nature” as Michael Soulé has written me.  Frontier is not wilderness at all.  Instead, frontier is the death of wilderness.  Wilderness Areas may be lands for keeping alive some frontier skills, such as tying a diamond hitch, making one’s way across seemingly untracked roadless landscapes on foot or in a saddle, knowing how to wade streams in snowmelt, having the skill to start a fire with one match (or no matches), and being self-sufficient, even snug and cozy, with just what you can carry.  Wilderness Areas may also be lands where one can have the thrill of going into unknown (to the wayfarer) lands where one is on one’s own (as Kentucky was for Boone).  Such is yet a great draw for wilderness wandering.  Perhaps most of all for youngsters.l

But Wilderness Areas are not Disneylands to keep the frontier bang-bang-banging and yeehawing.  Instead, Wilderness Areas stop the frontier dead in its tracks, they hold it back forever if we are willing, and they let prefrontier ecosystems grow and drift as they will unhindered by the heavy hand of Mankind.

Right now, a grasping, greedy frontier has been set loose over the wide Arctic and boreal two-thirds of Canada—it is a rushing sickness spreading death to wild things over thousands of miles.  It is diamond mines dotted over the tundra.  It is stripping, gouging, and fouling boreal forest for oil from tar sands and blighting clean rivers with gunk.  It is logging wilderness taiga for pulp.  It is the yeehaw! slaughter of wolves.  It is well-fed one-percenters from Texas blowing away polar bears for trophies.  It is…well, you get the rowdy frontier madness up north.  The same frontierism is laying waste to the Amazon, Congo Basin, Borneo, New Guinea, southern Chile, Himalayan river canyons, and other yet lightly touched landscapes—frontiers in the minds of the industrial and development kingpins of the world.

The only way to keep these wild living landscapes (and seascapes) from industrialization is through strictly protected areas at least as tough, big, widespread, and linked as those in Alaska set up by the 1980 Alaska National Interest Lands Conservation Act (ANILCA).  Wilderness designation stops the frontier dead in its tracks.  And ANILCA, flawed though it is, is hands-down the best model for how to save wilderness from frontier in today’s big frontier landscapes.

Wildlovers have worked to set aside living landscapes with edges well-girded to block hard threats, not to run after philosophical ideals with butterfly nets.

The richest values of wilderness lie not in the days of Daniel Boone, nor even in the present, but rather in the future.

Looking forward to another long river trip in the Arctic National Wildlife Refuge in 2014.

Please click here to read the original Around the Campfire complete with footnotes.