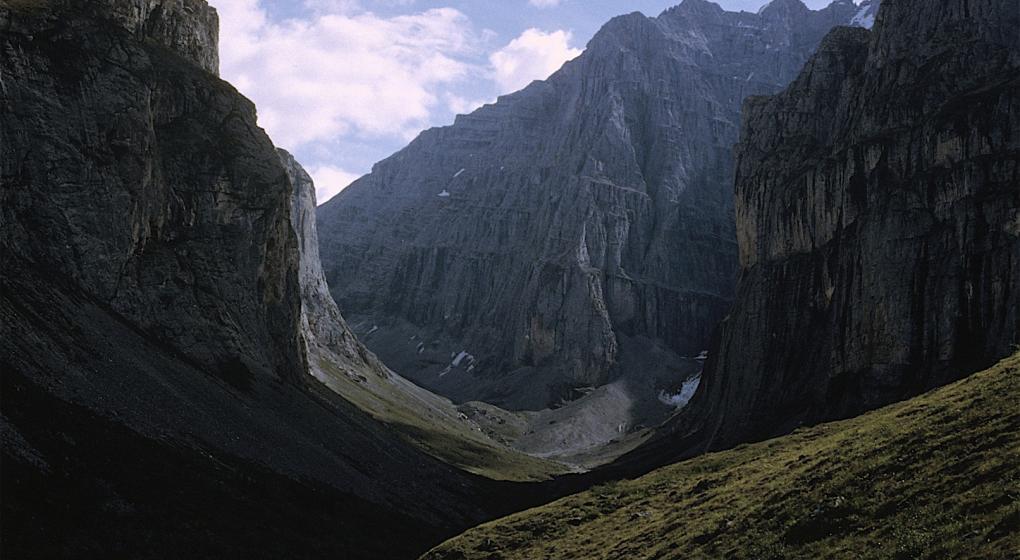 #48 Around the Campfire; Wilderness: Self-Willed Land

A wilderness, in contrast with those areas where man and his works dominate the landscape, is hereby recognized as an area where the earth and its community of life are untrammeled by man, where man himself is a visitor who does not remain.

Next year (2014) will be the 50th Anniversary of the passage of the 1964 Wilderness Act, the strongest and most visionary step in history for protecting and keeping wild neighborhoods for the many Earthlings. Over this fifty years, the acreage of federal land in the United States set aside in the National Wilderness Protection System has gone from some 9 million to over 107 million.  Folks in all nooks of America have fought hard and selflessly to gain this outstanding win for wild things.  The Wilderness Act stands with the Declaration of Independence and Bill of Rights as a great gift from the United States to the world.

As we make merry for the Wilderness Act, let us keep the hard truth in the forefront: Protected areas, the tougher the better, are the best way to keep and hold the Tree of Life and its ongoing evolution.

In this and the next issue of Around the Campfire, I’ll look at what wilderness truly is and how the Wilderness Act sees it.

The beating heart in the clash between Nature conservationists and resource conservationists (resourcists) is wilderness.  And the ways of thinking about wilderness in this brawl swirl around will.  Whose will?  Man’s will over the land—domesticating, taking, plundering, blighting?  Or will of the land—wilderness, Nature?  Man’s will over animals—taming, yoking, or killing?  Or self-willed animals—wildeors, wildlife?

As I stumble beyond forty years in the fight for wild things, I’ve come to believe that conservation boils down to how far and deep Man’s will should spread over Earth and its wild things. 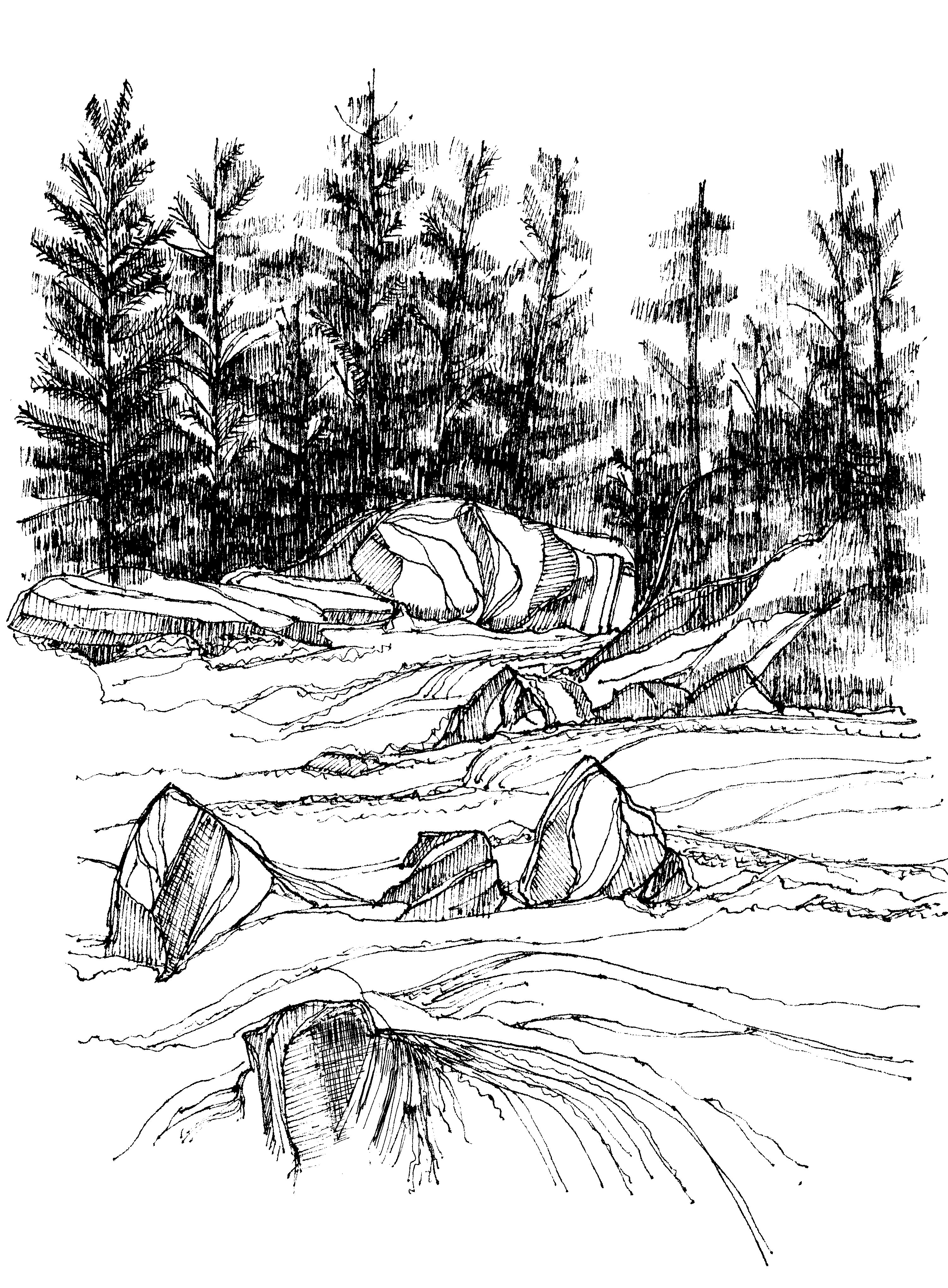 In our slacker time, when toughness in thought and standards is too much to hope for, we often get into a snarl because of badly cast words.  Bud Man on his motorized tricycle, academic grandees, and just about everybody in between sling the word wilderness in sloppy ways, muddying the wrangle about land.  One who is not sloppy, historian Roderick Nash, writes that the word wilderness comes from the Old English Wil-deor-ness: “place of wild beasts.”  Wil: Wild, or willed.  Deor: Beast, or deer.  Ness: Place, or quality.

In a 1983 talk at the Third World Wilderness Conference in Scotland, philosopher Jay Hansford Vest, another thoughtful and careful scholar, also sought the meaning of wilderness in Old English and further back in Old Gothonic tongues.  He believed that wilderness means “‘self-willed land’…with an emphasis on its own intrinsic volition.”  He interpreted der as of the, not as coming from deor.  “Hence, in wil-der-ness, there is a ‘will-of-the-land’; and in wildeor, there is ‘will of the animal.’  A wild animal is a ‘self-willed animal’—an undomesticated animal—similarly, wildland is ‘self-willed land.’”  Vest shows that this willfulness is up against the “controlled and ordered environment which is characteristic of the notion of civilization.”  These early northern Europeans were not driven to wholly lord over wild things; thus, wilderness “demonstrates a recognition of land in and for itself.”

In Old English an animal was a deor, which holds on today as deer, only one of many deors.  After the Norman Conquest, deor was shoved aside by beast (Norman French), which was later mostly swapped for animal (Latin).  Each of these word-steps, I think, is a further jump away from the breathing being and thus holds less feeling for it—and for the beat of free life within it.  With deor, we likely think well of the being; but through beast then animal, we steadily think less of it as it becomes more abstract.  Beast and animal show far less heedfulness for self-worth than does deor; the word wildeor more than deor holds an understanding of the free self a wild thing has.  Wildeor is a word we need today if we are to find inborn good in wild things.  To me, at least, it is a nod that another has a freestanding self and calls for you to think well of it, unless you are to show yourself as an unworthy wight.  The meaning of wildeor is the bedrock for how we must deal with other Earthlings—lest the Anthropocene harshly and madly prunes it of leaves, twigs, and even great limbs.  Lovers of wild things should take the word wildeor to heart and to tongue.  The zeitgeist of Conservation vs. Conservation is that the struggle between wilderness/wildlife conservationists and resourcists in the twentieth century is over will in Earth.  Indeed, the whole tale of Man is over such will.  The answer to whose will? is not only two sides in the American public lands fight, but the underlying question of Man in its behaviorally modern kind of the last 50,000 years.

Founder of The Wilderness Society Bob Marshall saw will of the land in wilderness.  In 1930, he wrote that wilderness has “its entire freedom from the manifestations of human will.”  Two hundred years ago, George Gordon, Lord Byron, understood this, too.

Where things that own not man’s dominion dwell,
And mortal foot hath ne’er or rarely been . . .

Over sixty years ago, Aldo Leopold saw wilderness as the “theater” for the “pageant of evolution.”  Evolution is self-willed. The land where evolution can happen is self-willed land, outstandingly for big wildeors.  Ecologically, Wilderness Areas are “self-regulating ecosystems” in the words of Michael Soulé, the conservation biologist who best knows and understands wilderness.  Self-willed land is another way of saying self-regulating ecosystems.

Among the more thoughtful ecologists of our time were two National Park Service biologists, George Collins and Lowell Sumner.  In 1952, they flew into the eastern Brooks Range in Alaska to weigh that little-known landscape of millions of acres without roads or hamlets.  Though the eastern Brooks Range never became a National Park, in 1960 after a long back-and-forth it was set up as the nearly 10 million-acre Arctic National Wildlife Range (now Refuge) by President Eisenhower.  Aldo Leopold thought Sumner the best field naturalist he knew, but Sumner with his friend Collins was also a wilderness thinker at Leopold’s top rung on the ladder.  It’s a shame neither of them wrote books.  After wandering the landscape and talking around the campfire that summer, Sumner and Collins called for northeastern Alaska to be set aside as a wilderness—foremost a landscape-big wilderness where evolution could have “freedom to continue, unhindered and forever if we are willing, the particular story of Planet Earth unfolding here…where its native creatures can still have the freedom to pursue their future, so distant, so mysterious.”  Here they built on Leopold’s thought of wilderness as where “the pageant of evolution” played.

The tie between evolution and life and land being self-willed is strong, indeed it may well be the bedrock way of seeing wilderness.