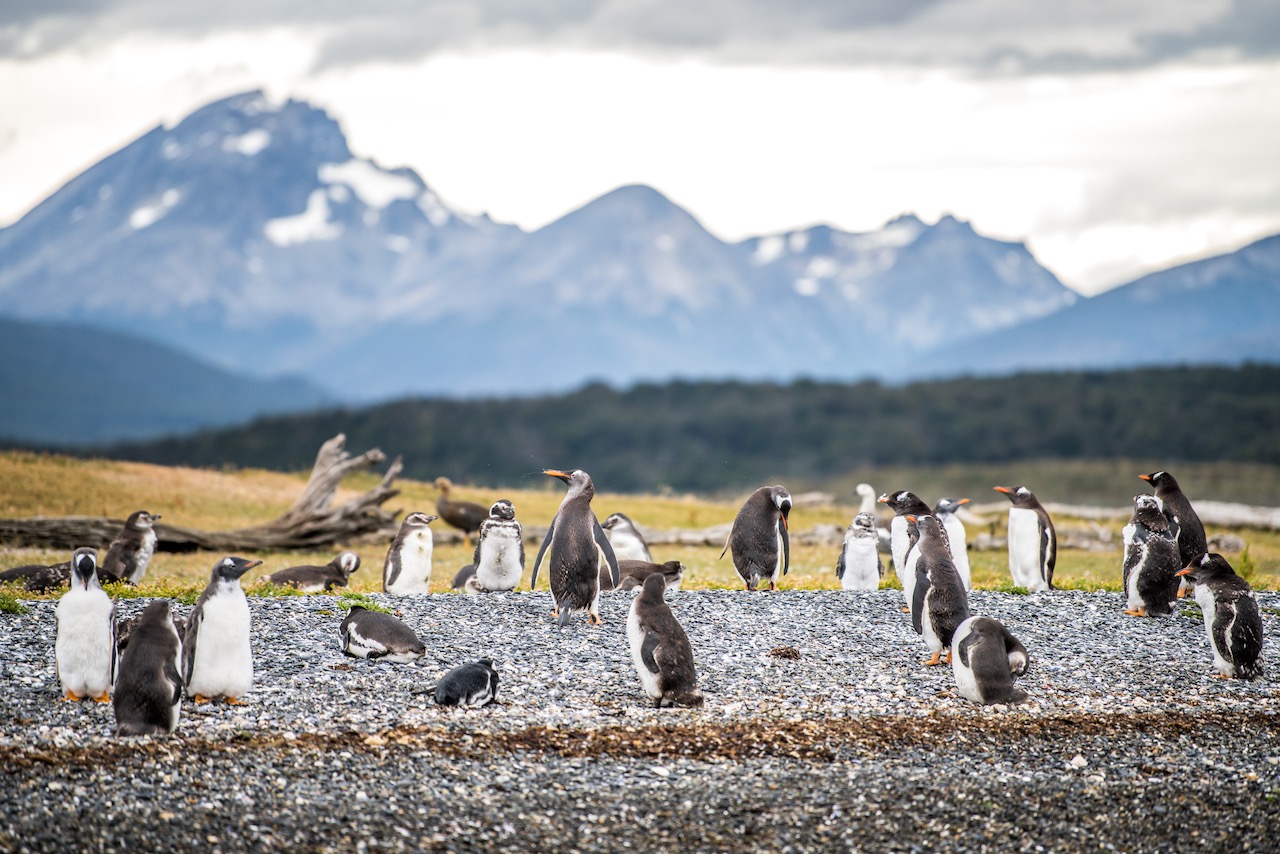 In Argentina, legislators of Tierra del Fuego Province have passed a law to permanently protect Peninsula Mitre. The last tip of the continent, it’s home to intact kelp forests and one of the largest peat reserves of South America, two powerhouse ecosystems crucial to planetary climate stability.

A grassroots campaign that spanned three decades in the remote province of Tierra del Fuego has terminated with an unexpected win. A special legislative session has unanimously approved a law to create the 1.2-million-acre Peninsula Mitre Natural Protected Area, protecting Argentina’s biggest carbon sink, and setting the path for a more robust nature-based economy.

For years, this end-of-the-world community has sought to transform Peninsula Mitre into a protected area, mobilizing local and international NGOs, including Rewilding Argentina, the offspring of Tompkins Conservation. The hard-won success has a global impact on biodiversity loss and climate change at a crucial time to keep the planet’s temperature from rising 1.5 degrees celsius.

Yvon Chouinard, Founder of Patagonia clothing brand and a stalwart advocate for the region, recounted his first experience there, “In 1977, my friend Paul Bruun and I backpacked along the coast of Peninsula Mitre looking for streams to fish and adventure. We found old shipwrecks, kelp forests, peat bogs, and sea trout in one of the wildest places left on the planet. I’m proud to have been a small part of creating this park at the end of the world.”

Peninsula Mitre Natural Protected Area encompasses half-a-million acres of coastal waters, home to over 30% of Argentina’s kelp forests. For Kristine Tompkins, President of Tompkins Conservation, “this is exactly what the protection of key habitats should look like, taking into account not only land but also the coastal waters. This park is a new highwater mark for global conservation and the fight against climate change.”

At the southernmost point of South America, Peninsula Mitre, which is roughly the size of Grand Canyon National Park, is home to 84% of the country’s peatlands, which sequester 315 million metric tonnes of carbon, equivalent to three years of emissions in Argentina. A harsh climate and isolation has left the peninsula largely intact, providing a key refuge for the southern river otter (Lontra provocax), a species on the brink of extinction, as well as Andean condor, steamer duck, guanaco, red fox, and upland geese.

This is not the first time that the remote province has acted boldly to preserve its wild character. In 2020, Tierra del Fuego banned open net salmon farming in its waterways. The groundbreaking decision set forth a new vision for the region’s future, prioritizing biodiversity and nature in order to counteract climate change. Many think that the climate-forward precedent helped the bill to protect Peninsula Mitre build momentum. It was passed unanimously by a group of regional legislators from across the political spectrum.


THE KEY ROLE OF KELP

Peninsula Mitre is home to 30% of Argentina’s kelp forest, and considered one of the last undisturbed global refuges for this increasingly rare underwater ecosystem, according to a study published in 2020. In the last half-century, almost half of kelp forests have disappeared globally.

Giant kelp, found in the coastal waters of Peninsula Mitre, is a fast-growing organism that, per square meter, captures ten times more carbon than tropical forests. These underwater forests are the foundation of marine communities on many shallow rocky coasts of the world’s cold-water marine habitats and constitute one of the most diverse and productive ecosystems on the planet.

Some 95% of Argentina’s peatlands are located in Tierra del Fuego, primarily in Península Mitre. The wetland ecosystem is unique for its ability to capture carbon and regulate water cycles. In 2019, a global study conducted by the UN World Conservation Monitoring Centre with calculations made by National Geographic Society identified Península Mitre as the most significant carbon sink in the country.

Peatlands are the largest terrestrial organic carbon sink on the planet. They store twice as much carbon as all the world’s forests and also serve as refuges of biodiversity, including many threatened species. Since plant material does not fully decompose in wet peatlands, all the carbon that it fixes over time becomes stored, increasing its density over thousands of years. Healthy peatlands thus ensure climate stability in the long term by capturing and locking in carbon.

The Earth loses 1.2 million acres of peatlands per year due to human actions, such as draining bogs and converting them for agriculture. Although peatlands only occupy 3% of the Earth, they store 30% of the planet’s carbon, twice that of the world’s forests.