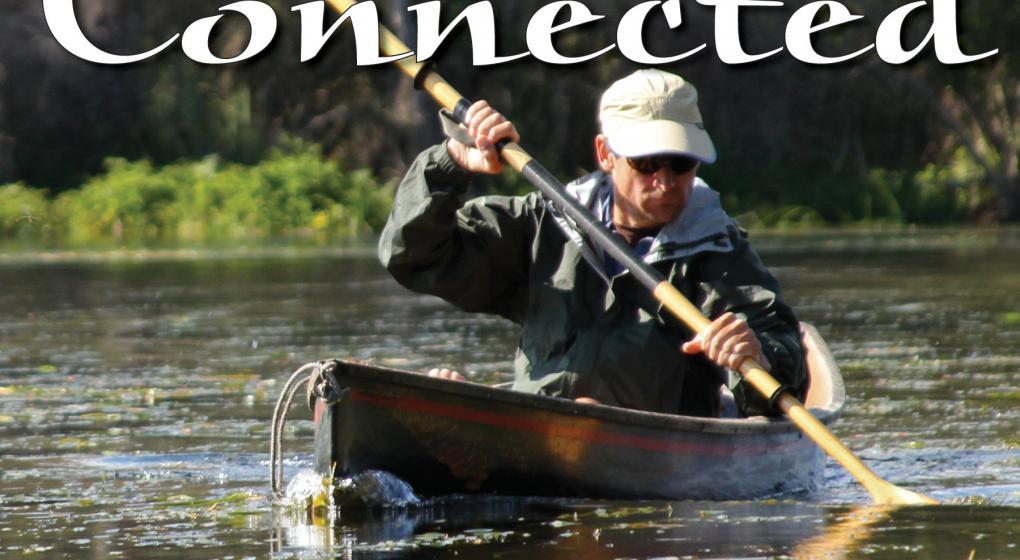 I am overdue to tell you of the completion of a book series in which you played a part, direct or indirect.  Island Press has published all three e-books, titled Big, Wild, and Connected, on the 7600-mile muscle-powered traverse I made of a future Eastern Wildway in 2011, with much help from many of you.  I urge you to go to www.islandpress.org/essentials to find the Big, Wild, and Connected series.

Part 1 details the journey and conservation findings from the Southeast Coastal Plain and Southern Appalachians; Part 2, from the Central Appalachians to the Catskills; and Part 3 from the Adirondacks to the Gaspe Peninsula. All of them are available electronically at Amazon, Apple, Barnes & Noble and Kobo.

The books are part adventure stories, part conservation lessons, part rambles with friends, and wholly oriented toward protecting and restoring a continental wildway from the Florida Keys through Quebec’s Gaspe Peninsula, beginning and end points of my long trek.  Many of you are in the books, since you served as guides or companions during the ten months of hiking, biking, and paddling.  Others of you helped inspire or inform the trek (and more recently, TrekWest, from Sonora, Mexico, to British Columbia, Canada, in 2013).  I think all of you will find conservation principles relevant to your own work, as well as adventure tales from many of the East’s wildest places.

Please consider sharing the Big, Wild, and Connected books with friends, family, and neighbors by forwarding this message, commenting about it on your social media networks, or reviewing the book on Amazon, Goodreads, or another review site.

TrekEast was guided and informed also by several other books published by Island Press, including Saving Nature’s Legacy, by Reed Noss and Allen Cooperrider; Continental Conservation, by Michael Soule and John Terborgh; Eastern Old-Growth Forests: Prospects for Rediscovery and Recovery, by Mary Byrd Davis and Bob Leverett; Rewilding North America, by Dave Foreman; Wildlands Philanthropy, by Tom Butler; The Wolf’s Tooth, by Cristina Eisenberg; Trophic Cascades, by Jim Estes and John Terborgh; and Forgotten Grasslands of the South, by Reed Noss.  I’ve been fortunate to have the guidance in person, too, of these and other conservation luminaries.  The Wildlands Network, Island Press , and The Rewilding Institute were the main institutional supporters of TrekEast, and many other conservation groups contributed expertise and logistic support.  Indeed, TrekEast became (and TrekWest, last year, was deliberately oriented as) an effort to strengthen and broaden the community of folks dedicated to securing our continent’s great natural legacy, for all native species, even ones we’ve persecuted in the past, like Cougars and Wolves. Wildlands Network orchestrated both Treks East and West, and is now endeavoring to create an Eastern Wildway Network, modeled on the Western Wildway Network which has pulled together conservation groups throughout the Rockies.

As recounted in the books, TrekEast also enjoyed the great support of family and friends from home in the Adirondacks.  Among others, polymath Jerry Jenkins introduced me to the biota of several regions, naturalist Evelyn Greene served as pond-hopping guide, wildlands philanthropist Jamie Phillips provided the sailboat for the smoothest leg of the journey, photographer Larry Master contributed splendid images to blogs and books, and writer George Davis served as trans-media editor.

My rambler’s conceit on TrekEast was to imagine myself a Cougar, trying to recolonize areas northward, from the last vestige in the East of the great cat’s original habitat, in South Florida.  Nearly every step I took was on habitat where once Cougars (Mountain Lions, Pumas, Panthers … same cat, different regional names) roamed and kept herbivore numbers in check.  Our quest with TrekEast was in part to see what it would take to make the East safe again for this pinnacle of predatory evolution.

By the end of TrekEast my conclusion was that a conservation and recreation corridor running continuously from Florida to Quebec – an Eastern Wildway – is still possible, but that achieving it will require a much stronger and broader conservation community.  It will require large-scale cooperation between conservationists, environmentalists, outdoor recreationists, land-owners, land managers, wildlife watchers, natural historians, and everyone who wants to see North America’s natural heritage passed on intact.

My trek ground-truthed the teachings of my mentors, and added some observations on how we might actually restore Nature in a Big, Wild, and Connected fashion in the East, as well as the West.

It’s not too late to bring back old-growth forests and healthy, functioning populations of Cougars, Wolves, Elk, Bison, bats, songbirds, salamanders, salmon, eels, trout … but it soon will be, if we do not find the means to expand and reconnect natural areas, reward land-owners for good stewardship, keep carbon in the ground, and teach our children to welcome all their wild neighbors, even big cats with the power to restore wildflowers and songbirds.