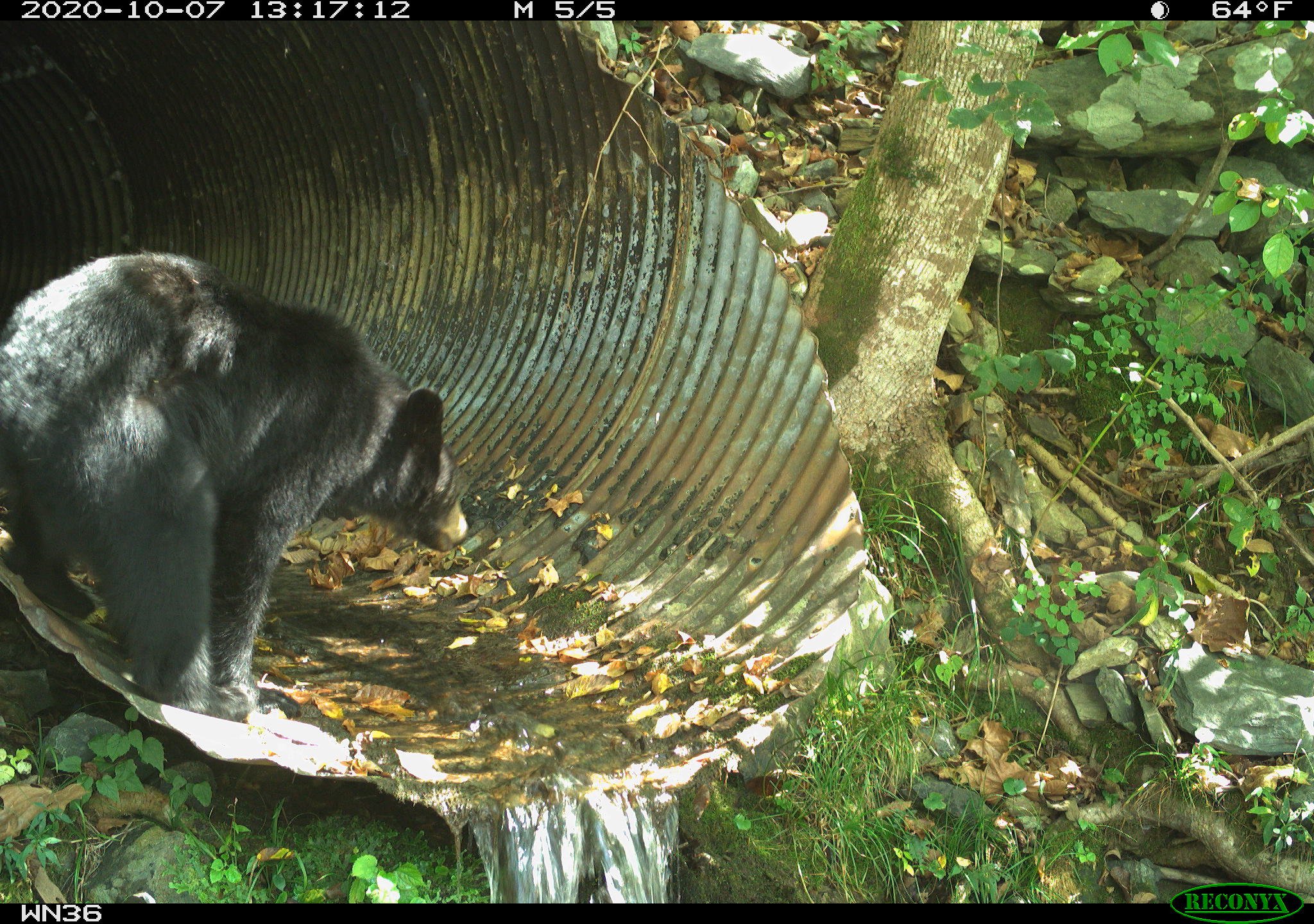 A black bear explores a culvert in this photo captured by one of the research team’s motion-activated camera traps. (Photo: Wildlands Network / NPCA)

A new report released on June 29 by Wildlands Network and the National Parks Conservation Association identified key hotspots for wildlife movement—and strategies to protect them from traffic—along a major highway in western North Carolina and East Tennessee. The study is one of the largest road ecology research projects ever completed in the eastern United States.

The 28-mile research area traces Interstate 40 through the narrow, winding Pigeon River Gorge near Great Smoky Mountains National Park, where wildlife-vehicle collisions are a common and increasingly severe occurrence. The report’s findings could help make this highway safer for drivers and wildlife alike.

“When this highway was first built decades ago, wildlife wasn’t being considered,” said Dr. Liz Hillard, Senior Wildlife Biologist for the Appalachian Region at Wildlands Network, and lead author of the report. “We now know how detrimental roads are to wildlife, and have a tremendous opportunity to use our research to influence positive conservation outcomes on the ground by connecting wildlife habitat.”

The study identifies priority areas along I-40 where mitigation strategies such as road crossing structures could be best implemented to reduce wildlife-vehicle collisions and increase wildlife habitat connectivity. In order to do so, the research team amassed data on patterns and processes of elk, bear, and white-tailed deer’s interactions with the road using a variety of methods including:

“Wildlife-vehicle collisions are not inevitable. Roads and cars can coexist with the beautiful wildlife that wander in and around Great Smoky Mountains National Park for food, mates, and more. Our research findings reveal where and how the North Carolina and Tennessee Departments of Transportation can act to both improve public safety and wildlife’s ability to safely cross this highway,” said Jeff Hunter, Senior Program Manager for The National Parks Conservation Association. “We know that experts at these two transportation agencies are deeply committed to working to solve this problem. Together, we know we can.”

The Pigeon River Gorge is ecologically significant, not only because of the diversity of wildlife that live there, but also due to its strategic location in the Southern Appalachian mountains, a key corridor for species movement, particularly as habitats shift due to human development and climate change. In addition to large mammals like black bears, deer, and elk, the area’s vast array of species includes many smaller animals like bobcats, red foxes, Northern river otters, timber rattlesnakes, and Eastern box turtles.

Wildlife crossings are a proven solution to reducing wildlife-vehicle collisions (in some cases by more than 90%) and promoting connectivity amongst wildlife habitats. The report’s findings will provide the North Carolina and Tennessee Departments of Transportation with the data they need in order to incorporate wildlife mitigation strategies into future transportation plans.

Wildlands Network: Since 1991, Wildlands Network has been committed to reconnecting, restoring, and rewilding North America so that life—in all its diversity—can thrive. Our work is grounded in science, driven by fieldwork, and furthered through strategic policy and partnerships.

National Parks Conservation Association: Since 1919, the nonpartisan National Parks Conservation Association has been the leading voice in safeguarding our national parks. NPCA and its nearly 1.6 million members and supporters work together to protect and preserve our nation’s most iconic and inspirational places for future generations. For more information, visit www.npca.org. 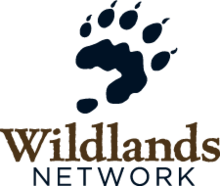 Nature is intimately connected. When one component is changed or lost it can have enduring consequences for the entire system. This interdependence is part of what makes our natural world so remarkable but also emphasizes the importance of ecosystems remaining intact and unaltered.

It was this understanding that, in 1991, led Michael Soulé, Reed Noss, Jim Estes, and other preeminent scientists along with visionary Wildlands advocate Dave Foreman to establish an organization devoted to the continental-scale conservation of core habitat and migration corridors for wildlife. Known today as Wildlands Network, we share our founders’ mission of reconnecting, restoring and rewilding North America so that life—in all its diversity—can thrive. Our work is founded in science, driven by fieldwork and furthered through strategic policy and partnerships.

With staff based across the United States and in Mexico, Wildlands Network has been at the forefront of continental-scale conservation for 30 years. The core principle of all we do is this: if protected areas are connected with healthy habitats on a continental scale, our treasured native plants and animals will thrive—as will life-supporting ecological processes like carbon storage and pollination, and high water quality. Our work has inspired the establishment of similar organizations across the world, and our commitment to the prosperity of wildlife and wild spaces is emboldened in the face of the challenges of our rapidly developing world. wildlandsnetwork.org