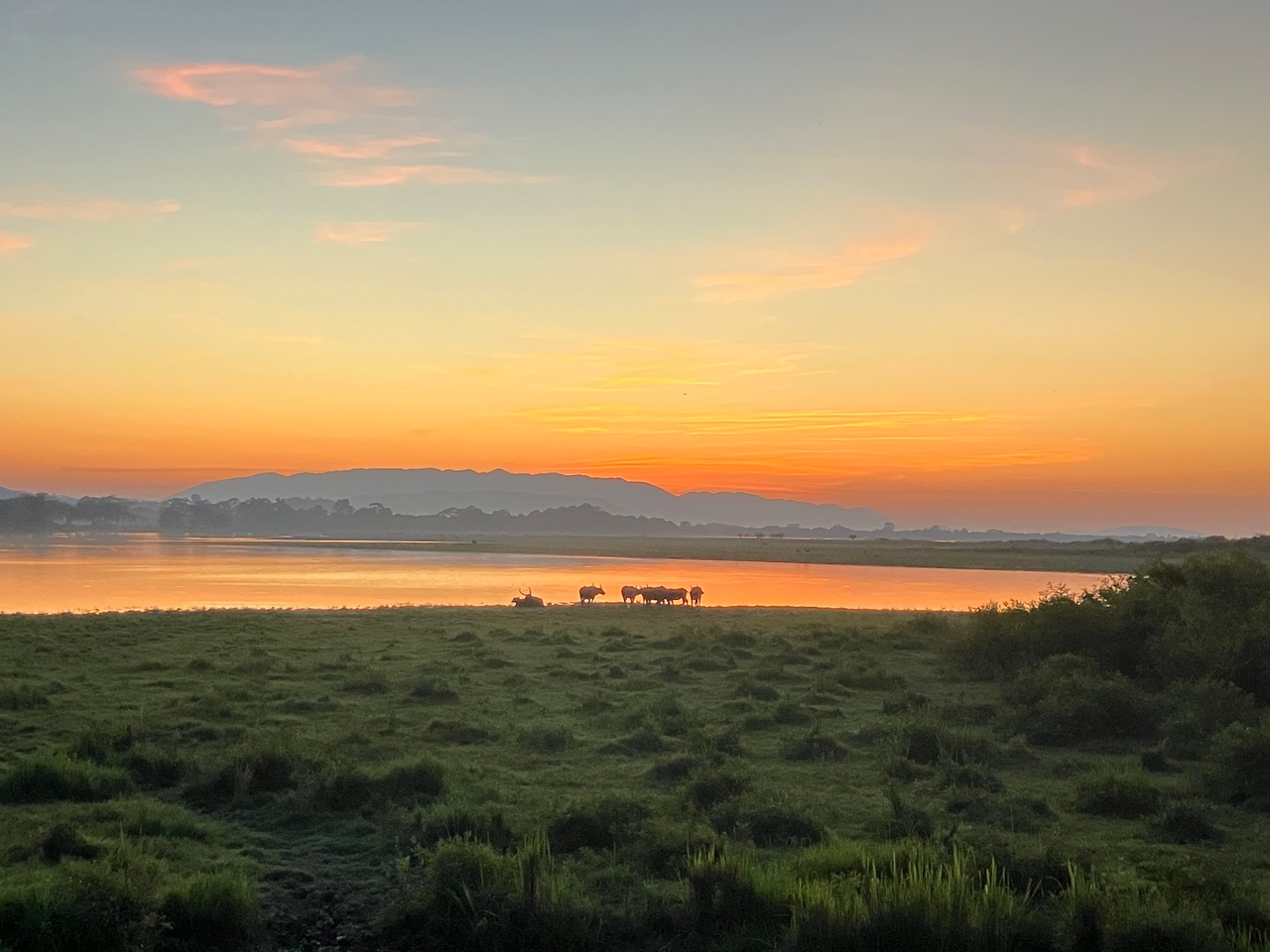 “Fewer people, more wild animals. Right now that feels like coming back from a time of illness.”
–Kim Stanley Robinson, The Ministry for the Future

There is a common myth that frogs won’t jump out of gradually heated water, allowing themselves to be cooked to death. But frogs are far smarter than people: they do jump out.

How is it that we are dumber than frogs? In the span of a hundred years, the number of people on Earth has quadrupled, from two billion to eight billion, the latest billion added in only eleven years. This slow-motion disaster used to garner headlines in the 1970s. Concern about population explosion launched the first Earth Day and founded many environmental groups. Back then there was urgency about human overshoot. But then we gained another four billion people and somehow lost our minds.

Seemingly smart people now tell us that the world is running out of people. In the words of Paul Ehrlich, author of the Population Bomb, these people are imbeciles, lacking in numeracy and ecological literacy. Critics dismiss Ehrlich because of his infamous bet with economist Julian Simon and claim that the population bomb never went off. Yet Ehrlich was prescient in many ways: as he predicted in 1968, shrapnel from the human population bomb has been eviscerating the natural world for the past fifty-four years. 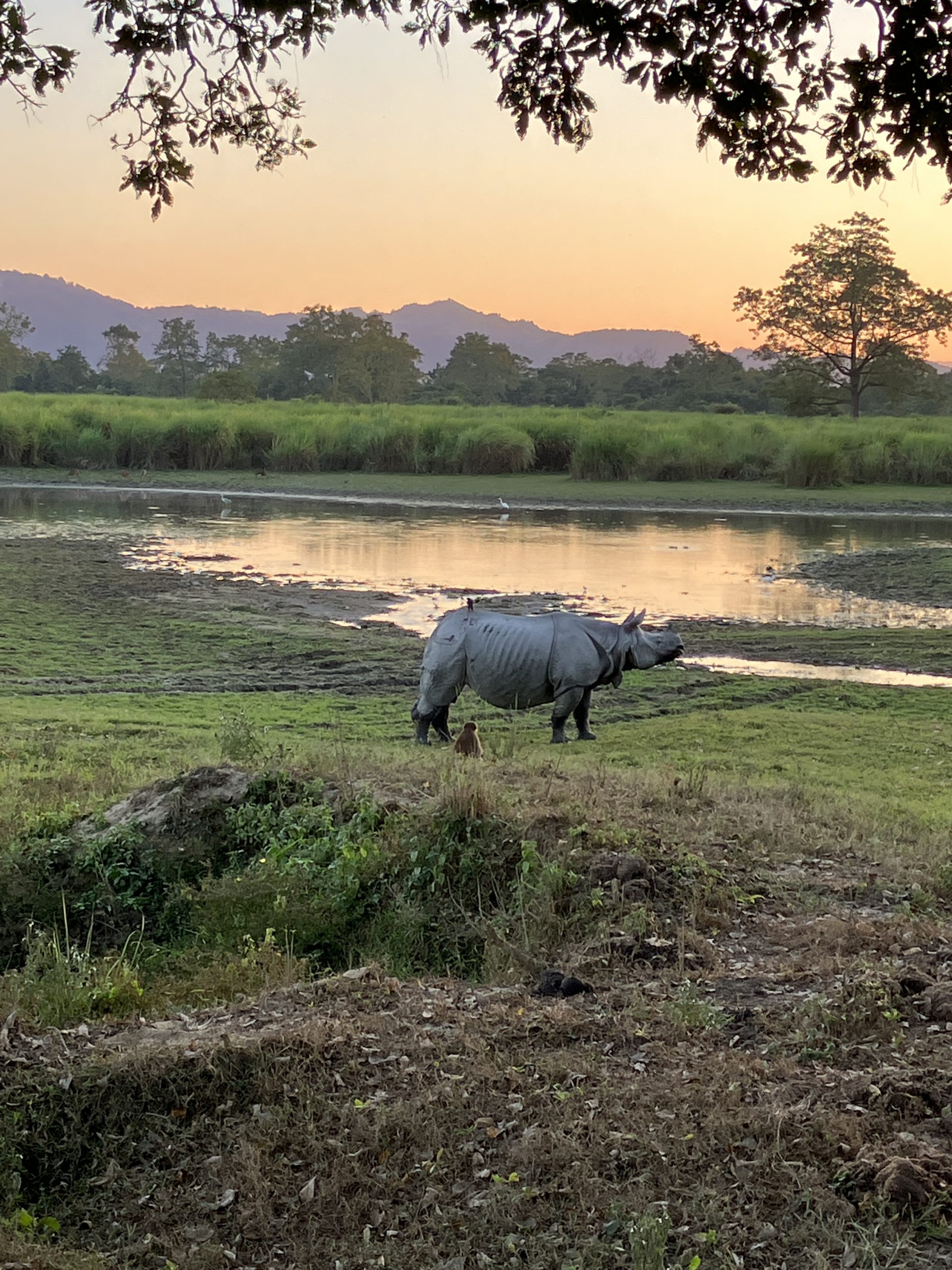 Ask the other species sharing the planet with us whether the human population bomb went off.  If you are a Great Indian Bustard, one of the largest birds on the planet, your population dropped from tens of thousands in the 1950s to 128 today. If you are a salmon, your global range declined by 90% in the last century. If you are an elephant or a rhino, you are regularly slain for your tusks to serve the perverse pleasures of insecure men. The silent spring that Rachel Carson warned about is now our morning reality, with North American birds declining by 3 billion from 1950 to 2020.  These beautiful creatures are not exiting the stage by choice – they are being shoved into the ditch.

It is fashionable these days to claim that overconsumption in the developed world, not overpopulation of the entire world, is the real problem. Yet overpopulation and overconsumption are joined at the hip, literally. Pick any country: consider the consumption of a family of eight in that country versus a family of four in the same country. Math still matters: more people consume more stuff, regardless of where they live. Yes, per capita consumption is higher in some countries than in others: the last thing the world needs is more Americans. But the second to last thing the world needs is more people.

The impact of too many people goes far beyond mere consumption. More people take up more space, kill more things, clear more land, build more roads, erode more soil, appropriate more habitat, make more noise, burn more stuff, dam more rivers, make more heat, and dump more crap everywhere. If you think that overpopulation is not a problem, you need to get out more. The signs are everywhere to be seen, heard, felt, and smelt but paradoxically, not dealt with. 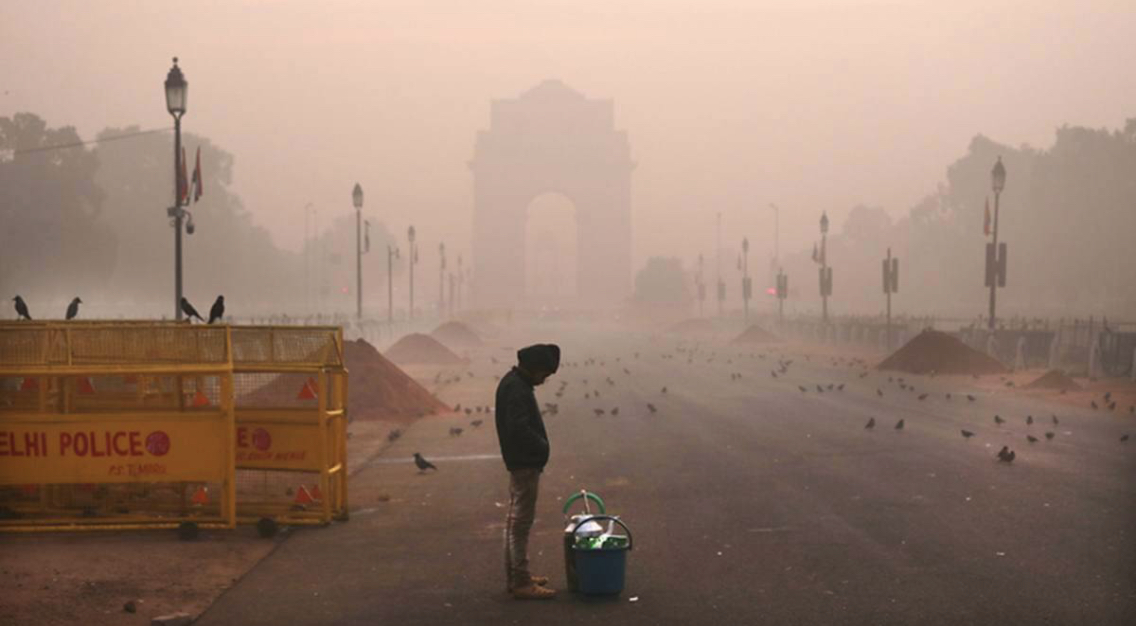 Air quality in Delhi, India is regularly classified as the worst in the world. © Margaret Williams

Air is naturally clear and should always be safe to breathe. But visit Bogota, Kathmandu, Kolkata, Johannesburg, Mexico City, Karachi, Dhaka, Bangkok, and Los Angeles to meet the billions of people who live with air that is opaque, that burns the eyes, that is a foul brew of choking smog. Residents of Beijing cried when they saw blue sky for the first time in their lives during a brief pandemic lull that also allowed people in Delhi to see the Himalaya and Kilimanjaro to be visible from Nairobi. But then things returned to “normal,” and the pall closed back over their lives. Aside from pigeons and rats, most wild animals move out of cities in search of a better life.

Water is naturally clear and should always be safe to drink. But travel the world and smell with your own nose the many rivers that are running sewers of gray-green goo and trash. The Yangtze, the Salween, the Indus, the Yamuna, the Ganges, the Tijuana, the Doce, the Marilao, the Buriganga, and the Rio Grande are so vile that it is risky to step into them. Rivers everywhere are convenient conveyor belts to carry away diapers, tires, pop bottles, snack wrappers, and worse. For most people on the planet, clean water only comes from a bottle. I challenge you to name a major river that you are willing to drink straight from. Just imagine life for the fishes, birds, otters, and turtles that swim in and feed on these fetid waters. What runs in our rivers soon reaches the sea, where gyres of trash choke turtles, whales, and albatross and wash up on our once-pristine beaches. 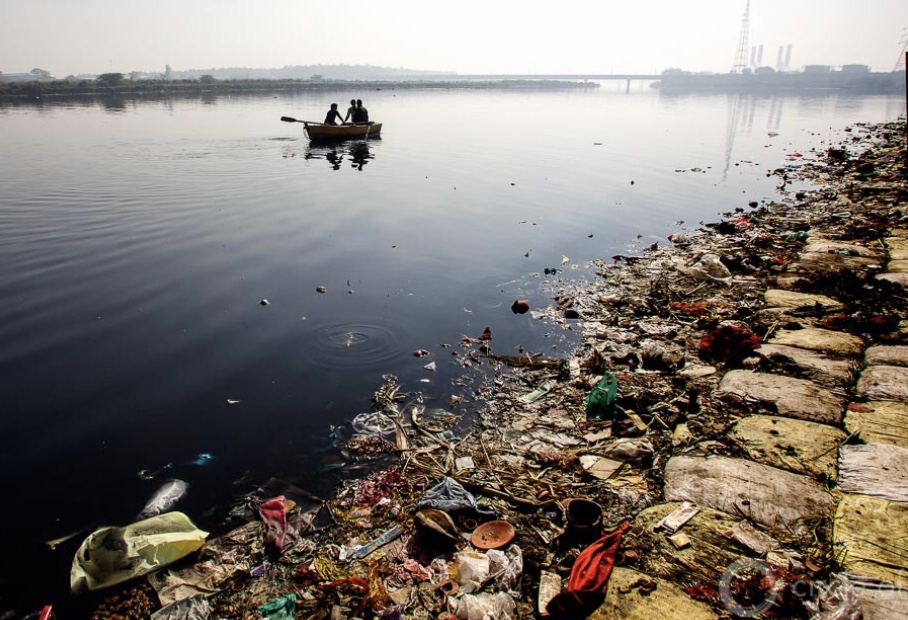 The Brahmaputra River in Assam, India is toxic to humans and aquatic animals. © Margaret Williams

Natural quiet allows you to hear the wind in tree branches and the chatter of bird song. But the clatter of human cacophony drowns out natural quiet across the globe. Precious and rare are those moments when we outrun the noise of planes, cars, music, gunfire, sirens, doors slamming, rumble strips, or the neighbors fighting. Many people on the planet have never experienced natural quiet. If you are a warbler with a high sweet song, what chance does your voice have against the thumping bass rhythm of gangsta rap?

Why are we doing this to ourselves? Even here in North America we put up with grinding traffic and constant crowding, the pushing and jostling and shoving as more of us jam into less space.  We always seem to be waiting in some endless line, at the airport, at the grocery checkout, and now even on our favorite trails or just to stand on a mountain peak. If you think it is bad now, visit India and get a glimpse of our coming decade when the next billion arrives. There is no personal space in India, none, and soon there won’t be elbow room anywhere.

What are we getting in return? A planet of bland sameness, a Starbucks on every corner, a longer but meaningless life as we amuse ourselves to death. Humans, like crows and cockroaches, are infinitely adaptable. We add 80 million people each year – we won’t be running out anytime soon. Our biggest mistake of the past thirty years was arguing that overpopulation represented an existential threat to humanity. When the forecast famine and starvation didn’t materialize, overpopulation was dismissed as a hoax.

Utilitarian concerns about the risks of overpopulation also miss the mark. I have never been persuaded by the “wise tinkerer” or the “essential rivet” arguments, that we need to save all the parts and pieces of nature because one of them just might be vital to our survival. We’ve thrown away everything but the gas pedal and yet this baby is still doing a hundred miles per hour. Most of the species on the planet are superfluous to human needs; people can thrive with only a few key ingredients like corn, rice, and cows.

If people are doing just fine, why care? Why care about tigers and rhinos and elephants and salmon and bustards and warblers and whales? Why care about a stream to drink from, a beautiful mountain vista, a fresh breeze? Why care about the millions of years of evolution that brought us to this point on the only planet we have? For those of us who are awake, who have traveled the world and seen things as they are, who have experienced the last remaining wild remnants, and caught a fleeting glimpse of the fading glory, we have no choice but to care. 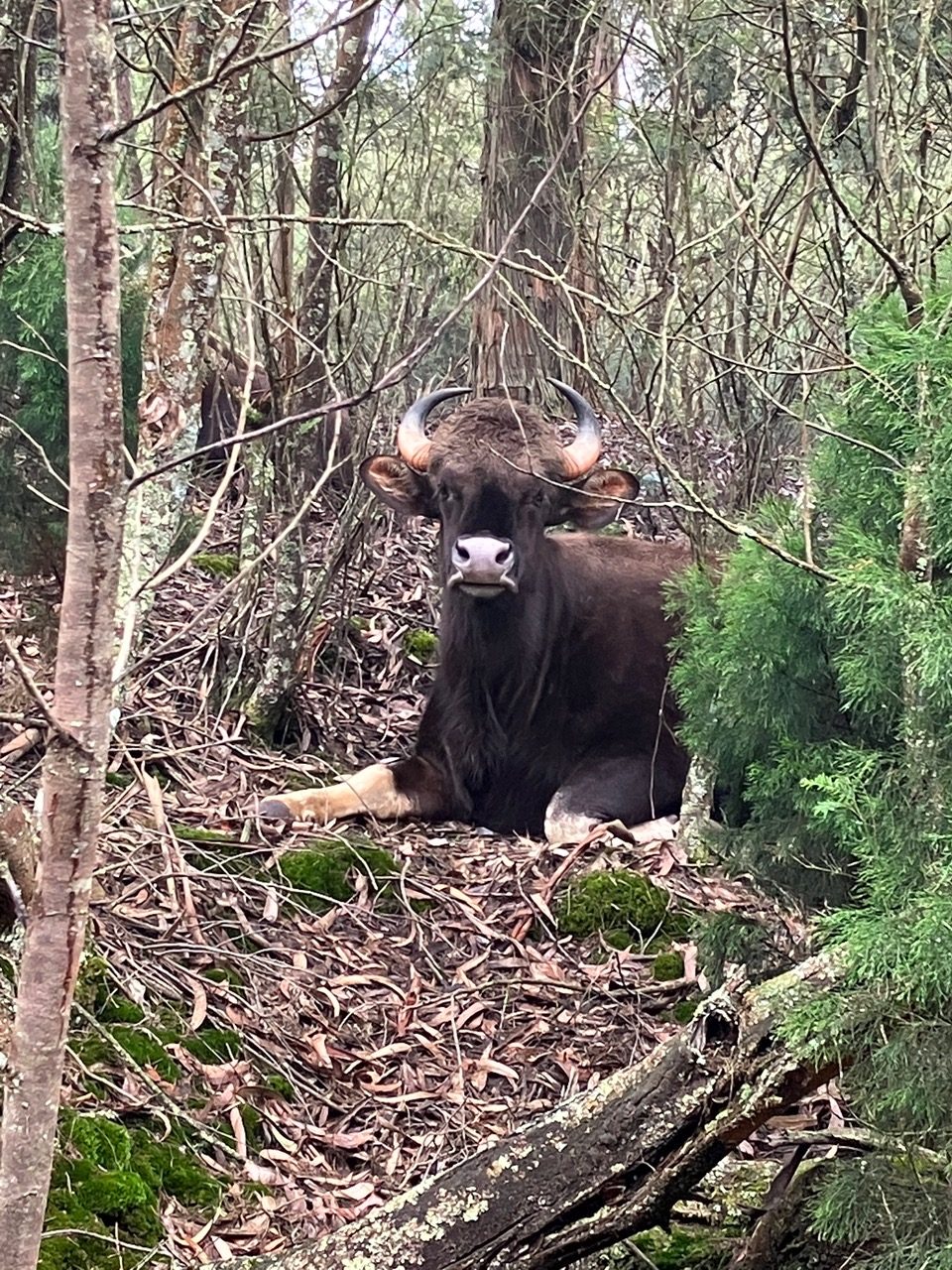 If you do care but aren’t doing anything about human overpopulation, you are merely kicking the dog because you can’t deal with the real problem. As conservationists, we are fiddling while the planet burns. World Wildlife Fund just celebrated a minor uptick in tiger numbers, while noting under its breath that the range for tigers has shrunk by 95% and they are now extinct in Cambodia, Laos, Vietnam, and probably Malaysia. This isn’t conservation – it is triage.

Land conservation serves as a form of human contraception. People have lower fertility at higher population densities, so less space to expand into is a constraint on human numbers. But what will happen when the pressure gets even more intense? Our protected areas are already isolated islands in an ocean of humanity, with a rapidly rising sea level. Rangers in India’s Kaziranga National Park killed fifty-five armed intruders in the last decade to defend Greater One-horned Rhino from the lucrative poaching trade driven by impotent old men. This story is repeated daily across the world as our conservation areas are tested by the tide of humanity. Fortress conservation can only work so long as the ramparts hold, but how long will they hold?

For too long we have turned away from the root problem of overpopulation, fearful of being labeled racist or misanthropic. We need to reclaim the conversation that was hijacked in the 1990s – we wasted thirty years being too timid. Push back against those laptop warriors who claim the problem is overconsumption, not overpopulation. They need to get out of their comfortable cubbyholes and witness the devastation wrought by the population bomb. Connect the dots for the myopic so they see that climate chaos, wildlife extinctions, and declining quality of life all stem from the same source – too many people.

Demographers are sanguine that population growth is slowing and that human numbers will eventually plateau at ten billion by the end of this century. If eight billion is a disaster, ten billion will be a living hell that dooms most wild animals to extinction or a marginal zoo-like existence.  By the time the supposed “demographic transition” occurs to lift up all of humanity, the planet will be a giant parking lot. There are too many of us already, so we need to start shrinking the human enterprise.  Responsible demographers believe that two billion people, the human population in 1920, would allow other wild critters to thrive. 1920 seems like a dream time when elephants still wandered freely across Africa, tigers prowled the jungles of Asia, fishes teemed in the oceans and man was still one among many. 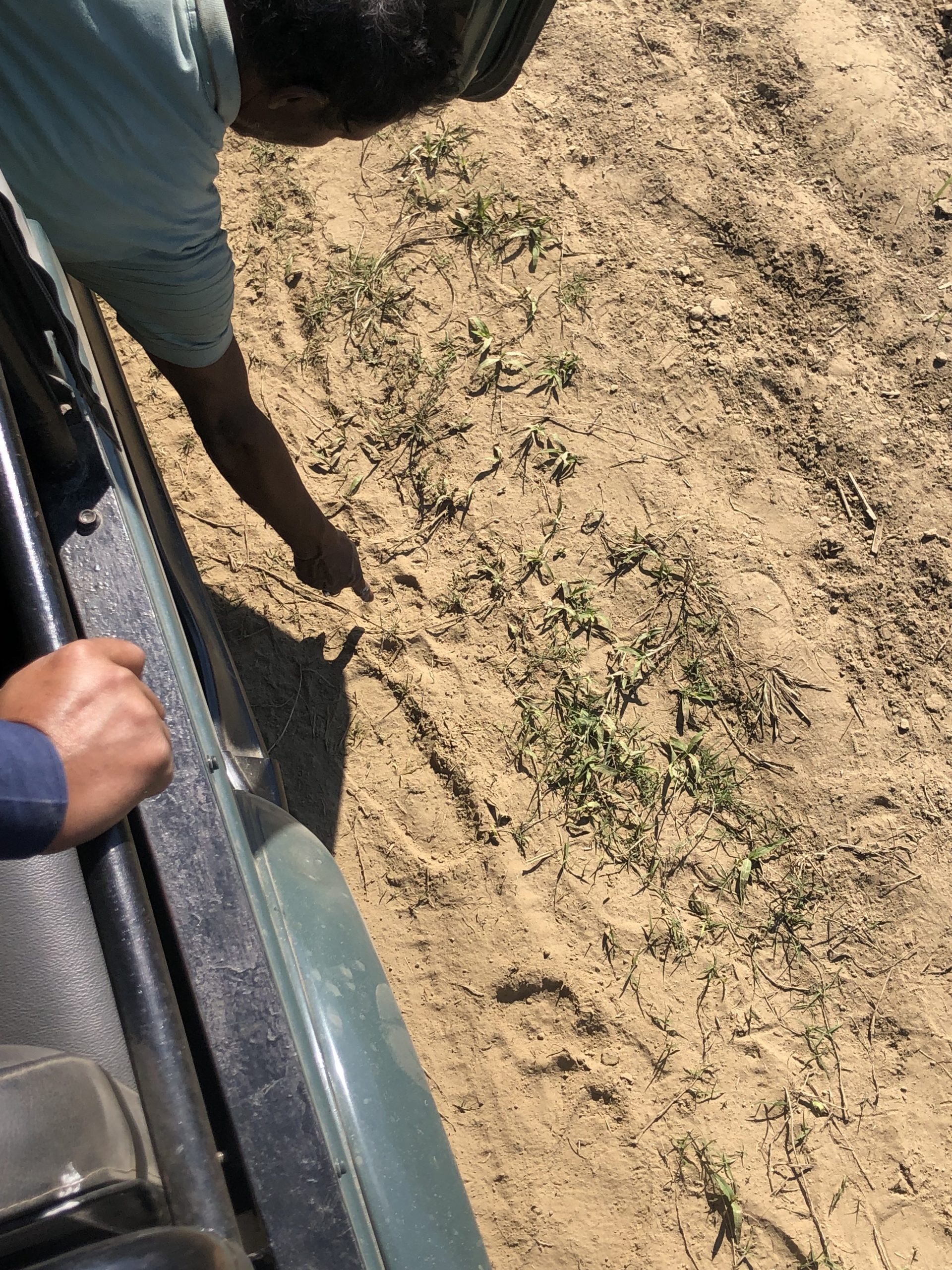 How do we get out of this boiling water? We don’t have to accept as inevitable another billion people in the next decade, another two billion by mid-century.  Ignore Elon Musk and have fewer babies. Adopt, delay, reduce, or abstain. Celebrate your child-free friends. Consider all of Nature to be your progeny and your legacy. All the wild creatures of the world beseech us: Live long and die out!