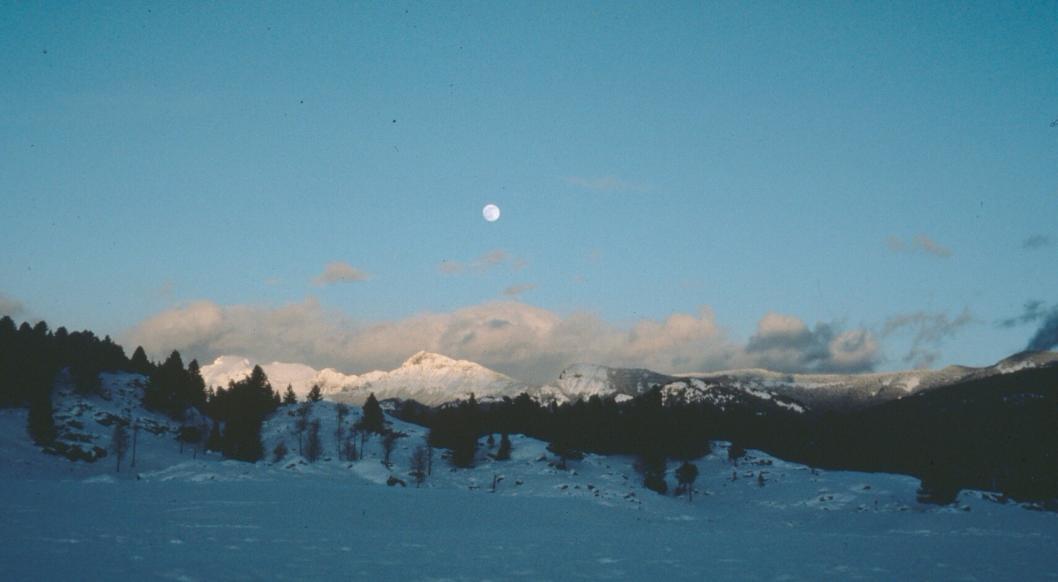 Natives called this simmering caldera
the Burning Mountains, where the eruption
of spring beauties pulls the bison herd
across the Lamar Valley calving grounds
like molten boulders.

East of the Lamar canyon, north of the willow-skirted
oxbows, grassland meets the sheltering brush:
a newborn bison slides into the world, wet as an oyster.
Before his mother can heave, rise, turn
to nuzzle, to lick clean, to urge her calf to stand,
the charcoal dark she-wolf trots away
ascending the sage-scented path
around Druid Peak, to fill
her Romulus and Remus
teats.

Past the valleys’ junction, on a bald meander below Buffalo Plateau,
snow-squalls dust white the hump, the shoulders, the head and horns,
the lashes and goatee of the next-to-last lone bison
desperately cropping creekside shoots, on the edge
of senescence.

Over the next ridge, and the next,
in the starlit groves still cradling snow,
where the bull-herd left him among the high meadows
before descending to join the cows for last summer’s
rut, the old bison slumps on a Soda Butte Creek
sandbar. Under ice, water-play
is his coda. The waning moon sickled
cuts into the Lamar horizon. Winter-killed.
Aldebaran brightens. 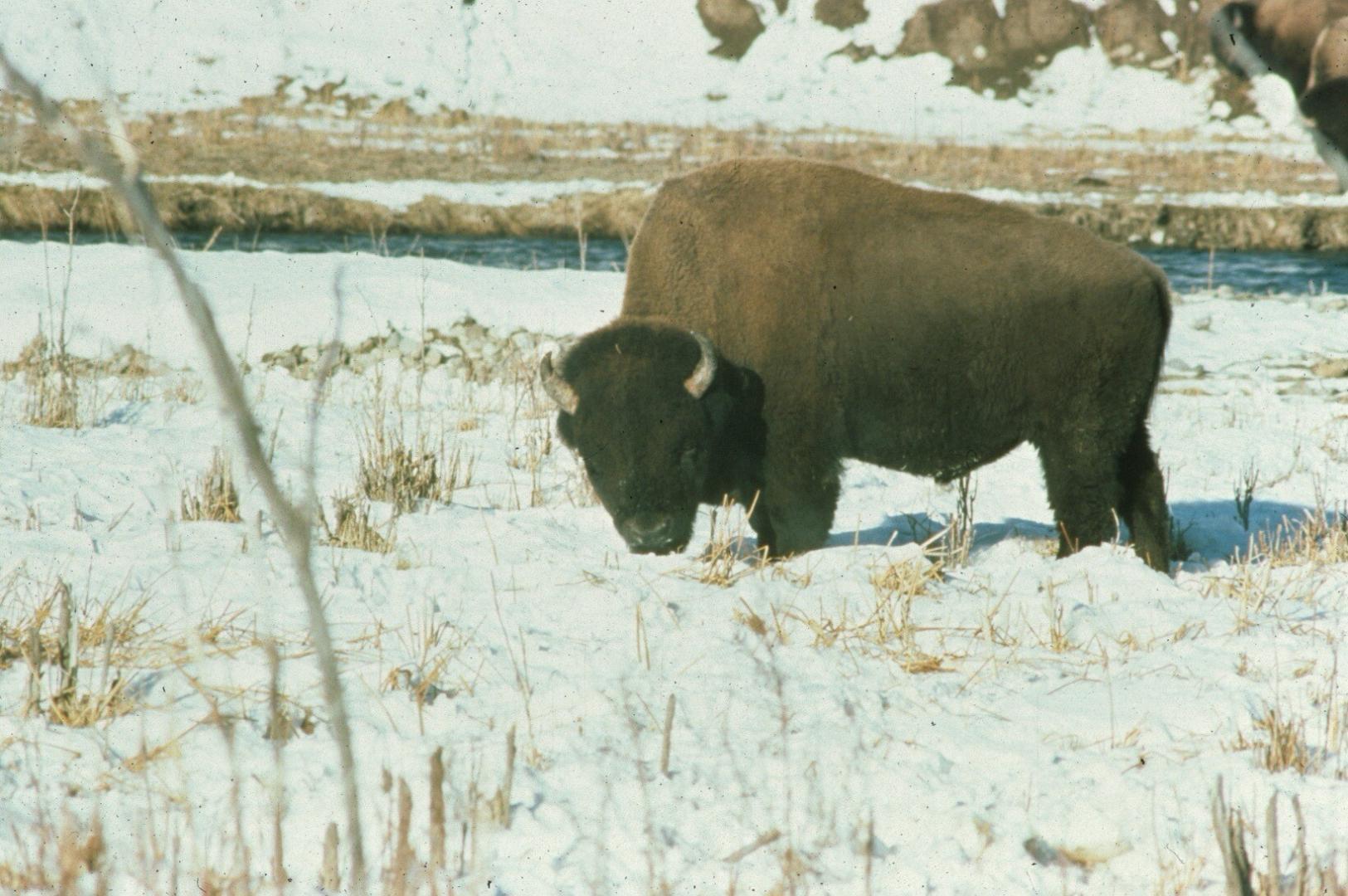