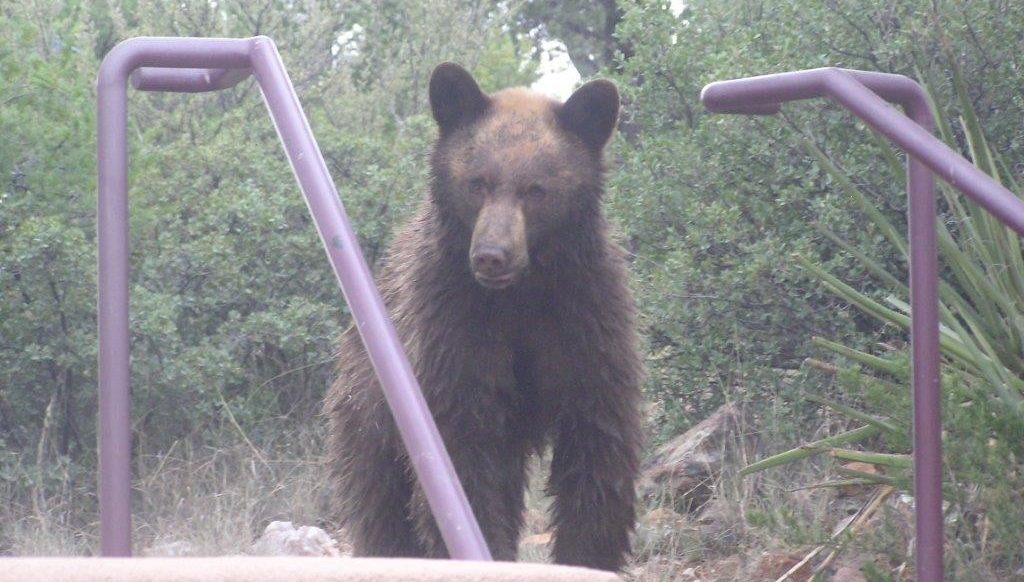 Cinnamon-Colored Black Bear Stops By For A Swim

We want to share some photos of this handsome cinnamon-colored black bear who visited us. We have a 9-foot diameter stock tank for rainwater catchment a few feet from the house, which served as a swimming hole for the bear.

We finally got to see the neighborhood bear.  I glanced out my studio window at 5:40 pm and there he was on the deck.  He wandered down to the other end, sniffing the hummingbird feeders.  On the way back he rose up on his hind legs to lick at a feeder.  Walked on down to the covered area and climbed the railing to get at a feeder which he pulled down.  Then he hopped over the railing, took a few steps to the tank, and had a wonderful swim. He was in there for some time, splashing and floating.  He got out and went a little way away but then turned around and hopped back in.  That felt so good!

He got out, walked up back, shook himself, stopped for a bit at the top of the stairs but didn’t come down.  Walked on out to the driveway.

We had a great time watching him.  But you can’t help but feel sorry for him. It must be hard to find much to eat about now in southwestern New Mexico.

He’s been around the neighborhood for the past week or so.  Our neighbors have a big fruit orchard which is probably what attracted him in the first place.  It’s fenced and he probably could get in if he really wanted to.  He could have been in our water tank before too. 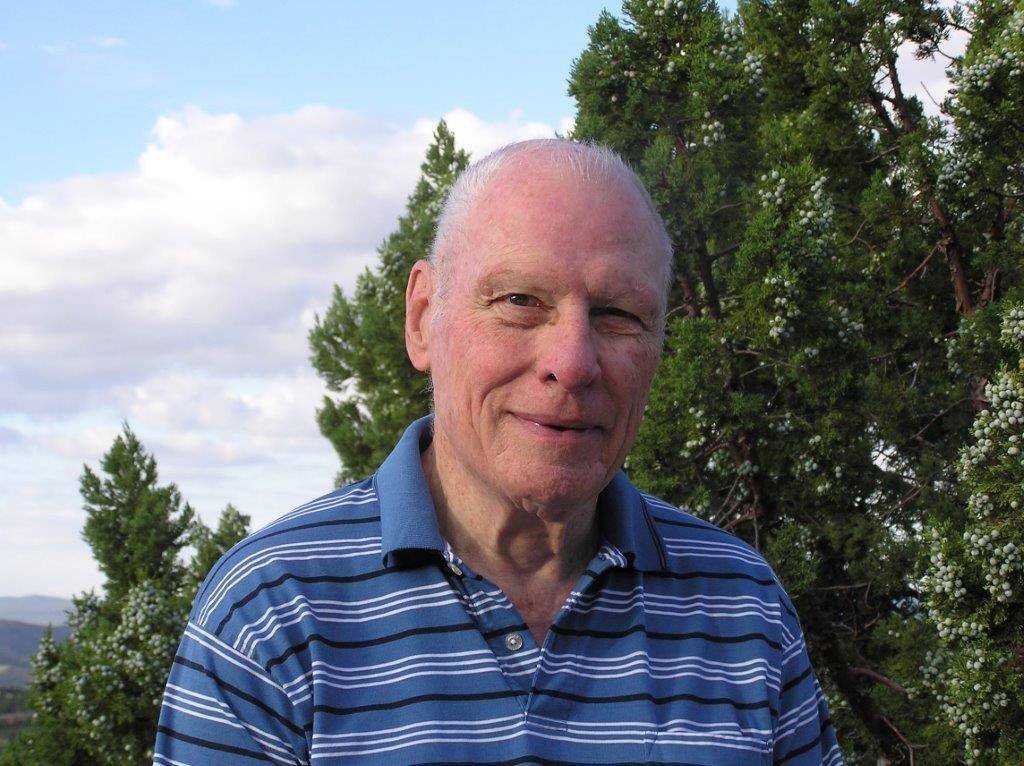 Perhaps the most important were serving as Vice President for Planning for over a decade, and serving on the national Board of Directors for four years as Vice President (with conservation oversight) and two years as Treasurer. At home in New Mexico he worked primarily on Wilderness designation and protection.

Bob worked with Dave Foreman and Dave Parsons in the initial founding of The Rewilding Institute in 2003, and as a Conservation Fellow. Bob speaks and writes on conservation policy, wilderness and natural systems protection, biodiversity, and habitat connectivity.

Bob was one of the founders of the New Mexico Wilderness Alliance in 1997, served as Chairman the first four years, and on the Board of Directors for ten years. Bob also served as President of the Wildlands Project and on it’s Board of Directors. He has worked directly or consulted on about a dozen wildland network designs.