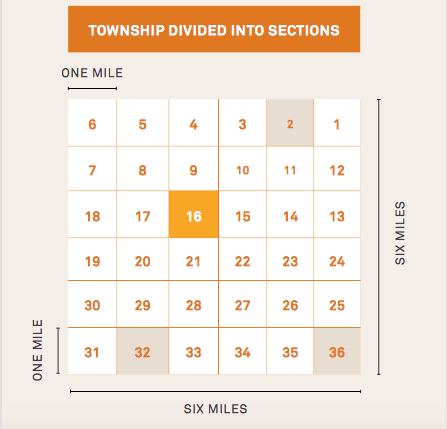 #73 Around the Campfire: Comparing Applies and…Parsnips?

State Trust Lands are often misunderstood in terms of both their character and their management.  THEY ARE NOT PUBLIC LANDS, but are instead the subject of a public trust created to support the education of New Mexico’s children.  (Emphasis in original.)

In all the hurly-burly chatter about handing over the federal Public Lands to state ownership and management, there is the assumption that the lands would more or less stay the same but under better, more local, and more open management by the states than by the faraway feds.  Nothing could be further from the truth.  State Trust Lands exist for a wholly other purpose and legal mandate than do the Public Lands (National Forests, National Park units, National Wildlife Refuges, and Bureau of Land Management lands).  State Trust Lands were created to help fund schools and other public institutions, not to provide recreation grounds or wildlife habitat. As New Mexico State Land Commissioner Aubrey Dunn has truthfully said, the state lands are not public lands.  Were our nation to transfer Federal Public Lands to the states, we would lose general access to them and they would not generally be managed for wildlife conservation.

Nonetheless, partly out of ignorance of the utterly different mandates for State Trust Lands and Federal Public Lands, nearly every Republican member of the House of Representatives, the Republican Party national platform, and nearly all of the GOP candidates for the presidential nomination in 2016 have called for giving our National Forests, Wildlife Refuges, Parks, and other Public Lands to the states.  The whipsnapper for the Republican drive in the House for land transfer, Rep. Rob Bishop of Utah, has even introduced legislation calling for American taxpayers to pony up $50 million to begin the process of handing over their lands to the states.

This shove against federal ownership of land and the whole idea of Public Lands began with the first withdrawals of Forest Reserves in the 1890s.  Though backed by Western boomers, loggers, miners, and oil men, the leaders from the get-go have been the sheepmen and cowmen, first running their herds for free on the unallocated Public Lands and then for way-below-market-value grazing fees on National Forests and BLM lands.  During the last 125 years, the anti-Public Lands rabble has mostly simmered on the back burner but has boiled over now and then, most of all in the 1940s and early 1950s and again in the late 1960s with the so-called Sagebrush Rebellion.[1] The biggest of all boils, though, is now.

Key for the fight of Public Lands lovers and users to keep the Public Lands in the public’s hands (the whole public of the fifty states!) is to understand the bedrock difference between state and federal lands.  You will learn around this Campfire just how unlike State Trust Lands are from the National Forests and other federal Public Lands we know so well.  In a follow-up Campfire, I’ll chop-up the highfalutin assertions about how much better the National Forests and all would be under State Land Trust management.