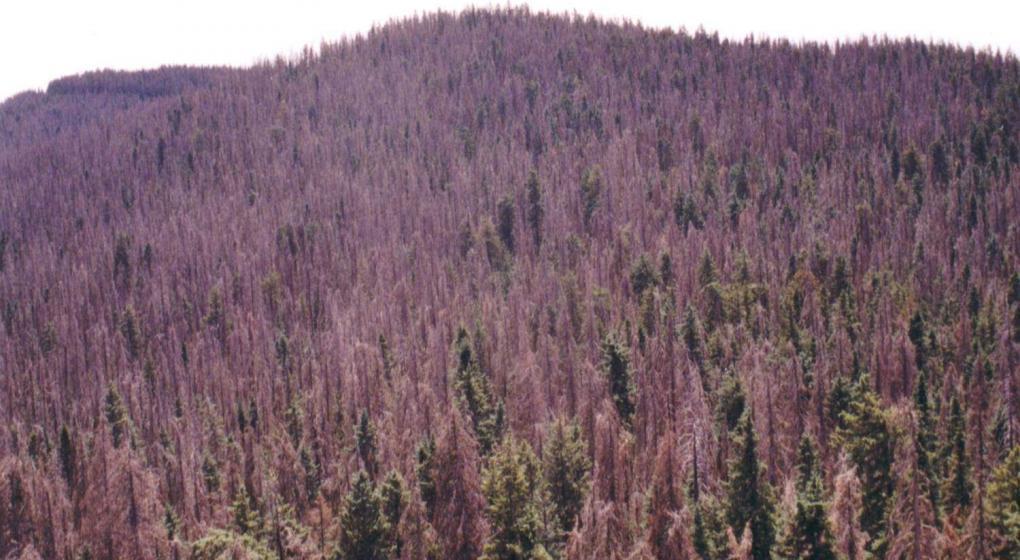 Congressional testimony of Dr. Dominik Kulakowski on the Depleting Risk from Insect Infestation, Soil Erosion, and Catastrophic Fire Act of 2013

On April 11, 2013 Dr. Dominik Kulakowski, Assistant Professor at Clark University, testified before the Subcommittee on Public Lands and Environmental Regulation of the Committee on Natural Resources of the United States House of Representatives.

A stand of trees that is far into the beetle infection cycle. This is just north of Breckenridge, CO looking east. (Photo credit: Wikipedia)

“I have argued that large fires are primarily driven by weather/climatic conditions, not fuels. Therefore treating “fuels” does little to reduce large fires–assuming that was even desirable-which I would argue it is not since we need large fires for their ecological values. Furthermore, contrary to popular mythology dead trees are less likely to burn than live green trees and do not pose a significant hazard. This Congressional testimony of Dominik Kulakowski emphasizes a number of major concepts that confirms all of these points.

1. Climate/weather, not fuels, is the driving force in most large fires.

2. There is no correlation between beetle kill and fires.

3. Green trees are more “hazardous” in terms of fire than beetle killed tree due to canopy and flammable resins.

4. Emphasizing reducing flammability of homes rather than trying to treat (i.e. thin) forests is a far more economical and effective measure.