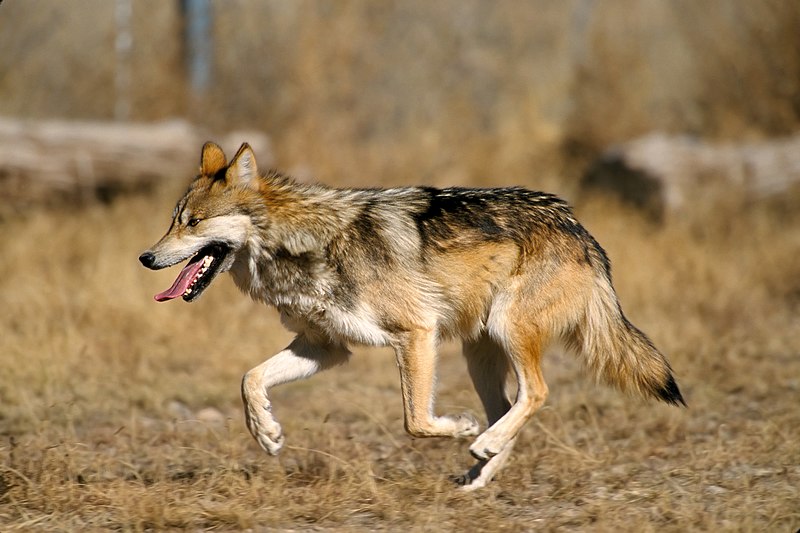 Female Mexican gray wolf 2754, named Asha by schoolchildren, was captured in northern New Mexico by the New Mexico Department of Game and Fish, to be held in captivity with potential for re-release into the wild at a later date. This puts an end to the wolf’s historic journey further north and east than any wolf since reintroduction began in 1998 and northward into the southern Rocky Mountains.

Conservation groups had urged agencies to allow Asha to continue her peaceful journey through suitable habitat of her choosing. The groups offered to assist with proactive outreach efforts to ensure Asha’s safety and support communities where wolves may someday return.

U.S. Fish and Wildlife officials stated that they intend to pair Asha with a male Mexican gray wolf and release the pair into Mexico. Conservation groups support Mexican wolf recovery in Mexico but have expressed concern about dispersing wild wolves being continually removed from the U.S. population.

“Our wildlife ‘managers’ are taking the wild out of wolves with every decision to control where lobos are allowed to be,” said Chris Smith, southwest wildlife advocate for WildEarth Guardians. “First they capture her when she’s doing exactly what a wolf does. Now they are shipping her to Mexico. Why?”

“Poor Asha. The decision to capture her seems to be just as arbitrary as the Interstate 40 boundary,” said Greta Anderson, deputy director of Western Watersheds Project. “If the New Mexico Department of Game and Fish has resources to help with wolf management, they should be helping to release bonded wolf families to improve the population’s genetic diversity instead of chasing a young wolf through deep snow with a helicopter. It doesn’t make any sense that they prioritized her capture.”

“How sadly ironic to capture a northward-roaming Mexican gray wolf to return her to Mexico only a year after the border wall blocked another wolf from reaching Mexico,” said Michael Robinson, senior conservation advocate at Center for Biological Diversity. “If we would only observe respectfully, we could learn so much from the travels of wolves about how to stitch together the natural ecosystems we so thoughtlessly tear apart.”

“Sadly, Asha’s capture brings an end to her wild wanderings, but it does not change that wolves could and should once again roam in the Southern Rockies,” said Mary Katherine Ray, Wildlife Chair for the Rio Grande Chapter of the Sierra Club. “Scientific findings tell us this is true. Asha herself, in making her journey, told us this is true.”

“U.S. Fish and Wildlife Service and New Mexico Department of Game and Fish are attempting to control wild nature by senselessly intervening in the lives of wild lobos,” said Renee Seacor, carnivore conservation advocate at Project Coyote and The Rewilding Institute. “Instead, they should allow lobos to live wild and free from improper and unnecessary human intervention and control.”

“Wildlife biologists have long recognized the importance of natural dispersal,” said Maggie Howell, executive director of Wolf Conservation Center. “Where one wolf roams, others follow. The continued effort to shoehorn Mexican gray wolves into the narrow stretch below Interstate 40 is unsustainable and thwarts their successful recovery.”

The Mexican gray wolf is the only endangered species that the U.S. Fish and Wildlife Service has committed to confining within an arbitrary geographic zone through regulation. Independent scientists have determined that recovery of this critically imperiled subspecies, and in particular supplementing its limited gene pool, will require establishment of three connected populations totalling at least 750 animals. The scientists determined that two of such necessary populations could find sufficient habitat in the Grand Canyon ecoregion and in the southern Rocky Mountains – both of them north of I-40 and the latter where Asha was captured. 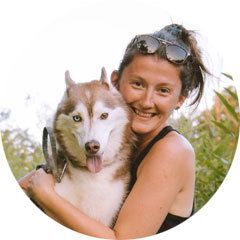 Renee Seacor is an interdisciplinary environmental advocate with a background in wildlife ecology and environmental law and policy who has dedicated her professional career to using science-based advocacy to guide and develop policy solutions to challenging conservation issues. She currently serves as the Carnivore Conservation Advocate for Project Coyote and The Rewilding Institute, where she advocates for the conservation of carnivores and wild nature through rewilding and science-driven advocacy. Learn more.