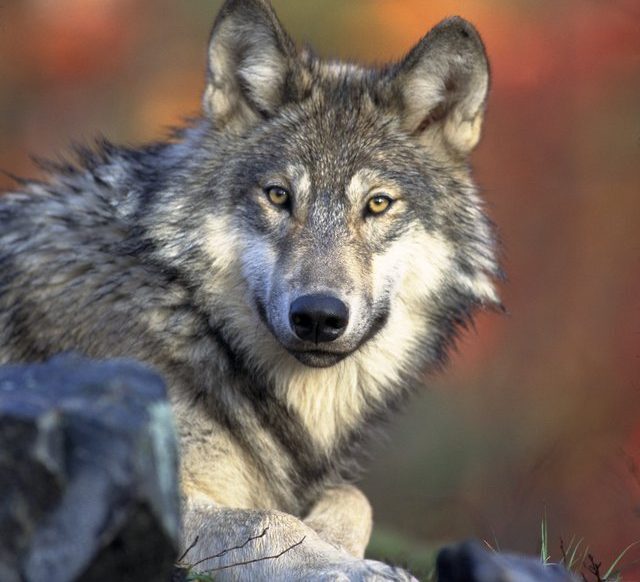 Editor’s Note: Rewilding Earth neither needs nor intends to become a news service. However, this press release from Predator Defense is both timely and urgent, and it is far-reaching enough that we are posting it in the service of rewilding. Idaho bill S. 1211 is absolutely contrary to The Rewilding Institute’s policy regarding wolves. Not only is the bill contrary to TRI policy regarding wolves, but it is also contrary to credible standards regarding the scientific understanding of wolves’ instrumental (ecological) role in maintaining and restoring wildlands, not to mention any credible standard of decency. These actions emphasize beyond question the absolute necessity of restoring ESA protection, especially rigorous enforcement of that law.

Today the Idaho Legislature passed S. 1211, a bill that seizes wildlife management authority from the Idaho Fish and Game Commission and aims to reduce Idaho’s wolf population by 90 percent, largely on the public’s dime. Governor Little should veto the bill, which is a power grab by the Idaho Legislature eroding the powers of the Executive Branch and inserting politics in decision-making that should be reserved for science-based wildlife management by agency professionals. The bill will waste millions of dollars of public funds on killing wolves, and threatens to ultimately return the species to the endangered species list and federal management.

S. 1211 aims to reduce Idaho’s wolf population to 150 wolves, the bare minimum population to avoid re-listing under the Endangered Species Act. It does this by allowing for killing wolves by all methods used to kill coyotes and wild dogs, including night hunting and aerial gunning; allowing unlimited wolf trapping and snaring on private lands; and increasing funding for the Idaho Wolf Depredation Control Board, among other measures. If the bill becomes law, there will be no margin for error. Conservationists stand ready to compel an Endangered Species Act listing if viable wolf populations aren’t sustained in the face of these heavy-handed new methods.

The Idaho Legislature’s lavish spending on wolf killing in S. 1211 vastly surpasses the value of the livestock lost to wolf predation. In 2018, for instance, 3 percent of reported sheep losses, valued at $154,000 were caused by wolf predation; meanwhile 74 percent, valued at $4,027,000, were due to natural causes including disease and bad weather. In 2020, of 2.5 million cattle and 300,000 sheep in Idaho, only 102 were confirmed lost to wolf predation. 93 of 1,500 wolves in Idaho–almost six percent of the state’s estimated population–were killed in response. And hundreds more wolves were killed across the state by hunters and trappers.

Nevertheless, for the past several years, the Idaho Legislature has directed $400,000 in Idaho tax dollars to fund the Idaho Wolf Depredation Control Board, a war chest for killing wolves. S. 1211 increases that amount by approximately $190,000 annually. In total, the Wolf Depredation Control Board will now receive approximately $800,000 a year, earmarked for massive lethal control that doesn’t work.

Not a single dollar of this bloated budget for wolf killing can be spent on nonlethal methods that science shows actually work to prevent conflicts and save livestock. While recent science shows that killing wolves can cause more livestock deaths, the Idaho-based Wood River Wolf Project has a 13 year history of success preventing those by using nonlethal methods, losing on average just 5 sheep out of 20,000 grazing in wolf territory annually. These nonlethal methods are not only highly effective, they are less expensive than lethal control programs. Instead of taking advantage of improved protection for livestock, S. 1211 just continues dumping money into trying to exterminate wolves rather than helping local residents to coexist with them.

S. 1211 also newly allows Wolf Control Board Funds to be paid to private contractors, opening the door to feeding public funds into the pockets of extreme groups like the so-called “Foundation for Wildlife Management,” an organization that pays glorified wolf bounties to trappers. But, contrary to often-repeated false rhetoric, we don’t need to kill wolves to “save elk,” either. Idaho has had near-record elk harvests for the past several years, with the current stretch of stellar elk harvests inching towards the Idaho Department of Fish and Game-dubbed “best of all time.” Fish and Game also estimates the state’s elk population to be within a few percent of its all time record high and finds that elk population numbers are meeting management objectives across most of the state.

Research from Yellowstone National Park shows that wolves play a critical role in ecosystem health, affecting everything from birds, to scavengers, to willows and aspens in what has been called a “trophic cascade.” Wolves also help protect the health of elk and deer herds by culling diseased animals from herds. And, wolves are known to kill, out-compete and displace coyotes, a carnivore that causes far more livestock losses than wolves. To realize these effects, a healthy wolf population must be sustained over time. Heavy-handed targeting of wolves like what is occurring in Idaho prevents the full ecological benefits of wolf occupancy from ever being realized.

All S. 1211 will do is hemorrhage public funds and position wolves for return to federal management under the Endangered Species Act. This past year, over 500 wolves were killed in Idaho. Science is clear that wolves cannot withstand such heavy-handed annual killing without suffering population-level effects. And, the U.S. Fish and Wildlife Service’s rule delisting wolves in Idaho stated the agency would consider reinstating Endangered Species Act protection if “a change in State law or management objectives would significantly increase the threat to the wolf population.” Killing off 90 percent of Idaho’s wolves blows past that threshold.

Our mission is to protect native predators and end America’s war on wildlife. Learn more at predatordefense.org.