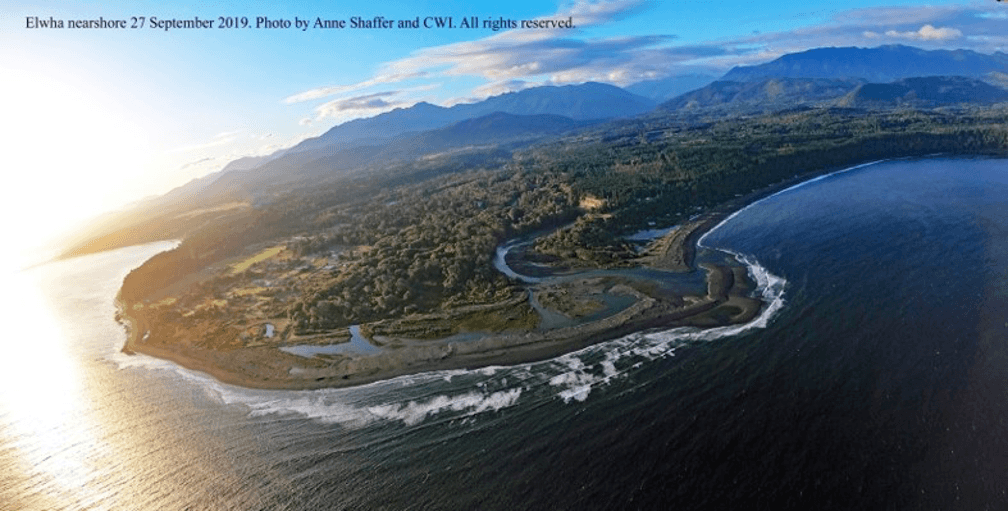 The nearshore is a foundation component of coastal systems of the northeast Pacific. Sediment starvation due to large-scale in-river dams has significant negative impacts to coastal hydrodynamic and ecosystem processes that form the nearshore. Removal of large-scale dams is assumed to restore these ecosystem processes but the details of nearshore response, particularly when shoreline impediments remain, is poorly understood.

Here we provide an overview of the importance of nearshore to wild systems, the roles that large scale dams play in impacting coastal systems, and the importance of nearshore for rewilding ecosystems through large scale dam removal. From 2011- 2014, two century-old large-scale dams in the Elwha River watershed in the Northwestern United States were removed as a course of the Elwha dam removal project. This is the largest dam removal project in the world that has occurred to date and was due to the decades long work by the Lower Elwha Klallam Tribe and Olympic National Park. Dam removals liberated upwards of 10 million m3 of previously detained silt, sand, and gravel to a sediment starved shoreline comprised of armored and unarmored shorelines. In 2016-2017 approximately 7,000 m3 of large riprap (shoreline armoring) was removed from 1,000 meters of this shoreline.

A link to a 20-minute video presentation of this overview of Elwha nearshore can be seen here. 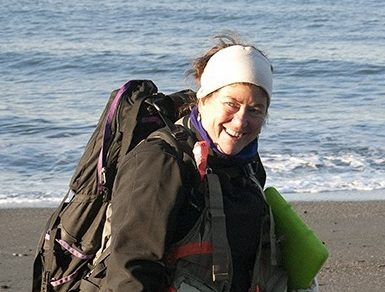 Dr. Shaffer is the Executive Director and Lead Scientist of the Coastal Watershed Institute (CWI), a small, place-based environmental non-profit formed in 1996 that is dedicated to understanding, protecting, and restoring coastal ecosystems thru community-led scientific partnerships.  Shaffer and her team conduct world-class ecosystem science and restoration with very modest resources and from a remote base of operations.

Dr. Shaffer was born and raised in a large family and a small town of eastern Washington struggling to overcome the ravages of WWII. The solitude of wild intact remote coastal shorelines of northwest Washington provided rare moments of peace and healing and instilled a fierce dedication to conserving and restoring wild places. After their first round of graduate school Shaffer and her husband Dave Parks moved to the Olympic Peninsula where they raised two children.  Dr. Shaffer then returned to school and earned a PhD in Marine Science from the University of Victoria in 2017. She and her family continue to thrive in their dedication to fight for what matters. Their future focus is to instill a passion in the next generation to do the same.

More information on Dr. Shaffer and her work with the Coastal Watershed Institute can be found at www.coastalwatershedinstitute.org.