By Stuart Pimm on September 3rd, 2019 in Featured, Rewilding Science

Fly from the USA to Rio de Janeiro and choose a day-time flight. Reject all demands to lower your window shades. You must not miss the view. One heads southeast, crosses Cuba, and makes landfall near Caracas, Venezuela. The next two and a half hours are a planetary spectacular, while the final three are apocalyptic.

The transect from Caracas to Manaus on the Amazon shows vast, unbroken tracts of forest. I’ve done this on crisp, clear days and, on magical ones, when the tepuis rise above low-lying mist. They inspired Arthur Conan Doyle’s The Lost World. I don’t think undiscovered dinosaurs live there, but undiscovered species? Bet on it.

Listen to Stuart’s interview on the Rewilding Earth Podcast!

At Manaus, the black waters of the Rio Negro, coming in from the north, meet the coffee-coloured ones from the Andes. From the plane, I see they refuse to mix for a long way downstream. Unbroken forest returns – but not for long. Soon, there will be huge columns of smoke rising to the height of the plane, their plumes trailing downwind for as far as we can see. All too soon, thick grey smoke will completely cover the ground below. It will continue for most of the rest of the journey.

No other journey tells me what wonderful places we still have of our planet — and how we might lose them in a generation.

July and August are the burning season, the driest time of year, and when fires are at their worst. And this year, under the administration of President Jair Bolsonaro, they have been worse than for a decade. So, what do we need to know? And what do we need to do?

Are there more fires under Bolsonoro?

Bolsonaro initially claimed that the increase in damage to the Amazon was “lies” and sacked the director of INPE, Brazil’s National Space Agency who publicly criticised him [1]. This has an unfortunate resonance to US President Trump, who has a similar disregard for science that one can confirm quickly and independently. There are many places to check, but the easiest one is Global Forest Watch [2]. Click on the link at the top left of the page for “Forest Change” then switch on the “Fire Alerts.”

This is the map for the last week of August 2019 — a broadly similar pattern to what I saw from the plane. 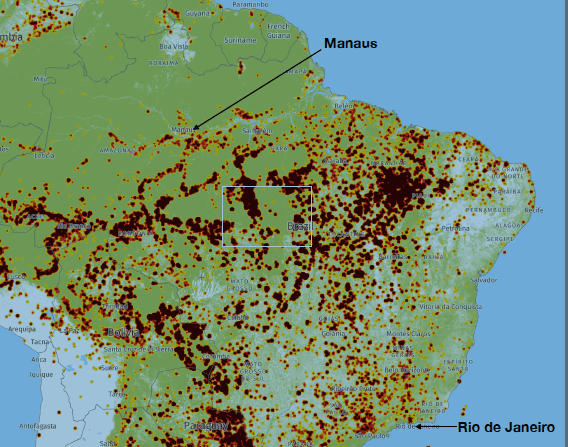 It takes only a little more effort to compare fire maps from different years. They confirm that Bolsonaro’s administration has encouraged a massive surge in destruction.

The thing about fires is that they literally glow in the dark — especially so in the infrared. So, as satellites spin around Earth, their infrared sensors pick up hot spots letting us know each night where fires are, or have recently burned. In short, there’s good science.

What a difference a decade makes! Ten years ago, I interviewed Carlos Minc, then Brazil’s environment minister [3]. He was announcing data from INPE that showed that Brazil had reduced annual deforestation in the Amazon by close to 80% over previous levels. When I asked him about how Brazil had achieved that, his first answer surprised me: “good science.” He also went on to say “Federal Police are now fighting crime — illegal timber cutting and illegal ranching — so that people will not get wealthy from crime. It’s a matter of tracking cattle…making sure that they are not raised in illegal areas, such as national parks…and working with supermarkets to make sure they are not selling illegal beef.” In short, it isn’t a matter of sending in firefighters, as Bolsonaro has suggested. It’s a matter of law enforcement.

Money from Norway and more recently from others in the international community comes from the international consensus (the Trump Administration, excepted) that global climate disruption is bad business. Stopping burning tropical forests is the lowest hanging fruit: about 10% of global carbon emissions come from that source. And over a decade ago, Brazil was the third largest emitter (after the USA and China).

Many international companies are now suggesting boycotts. They may be small in terms of their total purchases and investments, but telling for Brazil’s economy, which has been in recession [4].

Where are the fires?

There are more fires in the south and east than in the north and west. That’s because in the former the forests are drier — there’s less rainfall —and more flammable. They are also nearer Brazil’s population centres in São Paulo and Rio de Janeiro —the markets for agricultural produce.

The Global Forest Watch site allows a close inspection of where the fires burn. This second map details the area outlined in a white box in the previous one. Most fires are in areas already partly deforested — landscapes where previous deforestation has left a mix of cattle pastures and forest fragments. Many fires are a consequence of past deforestation [5]. So should we worry? 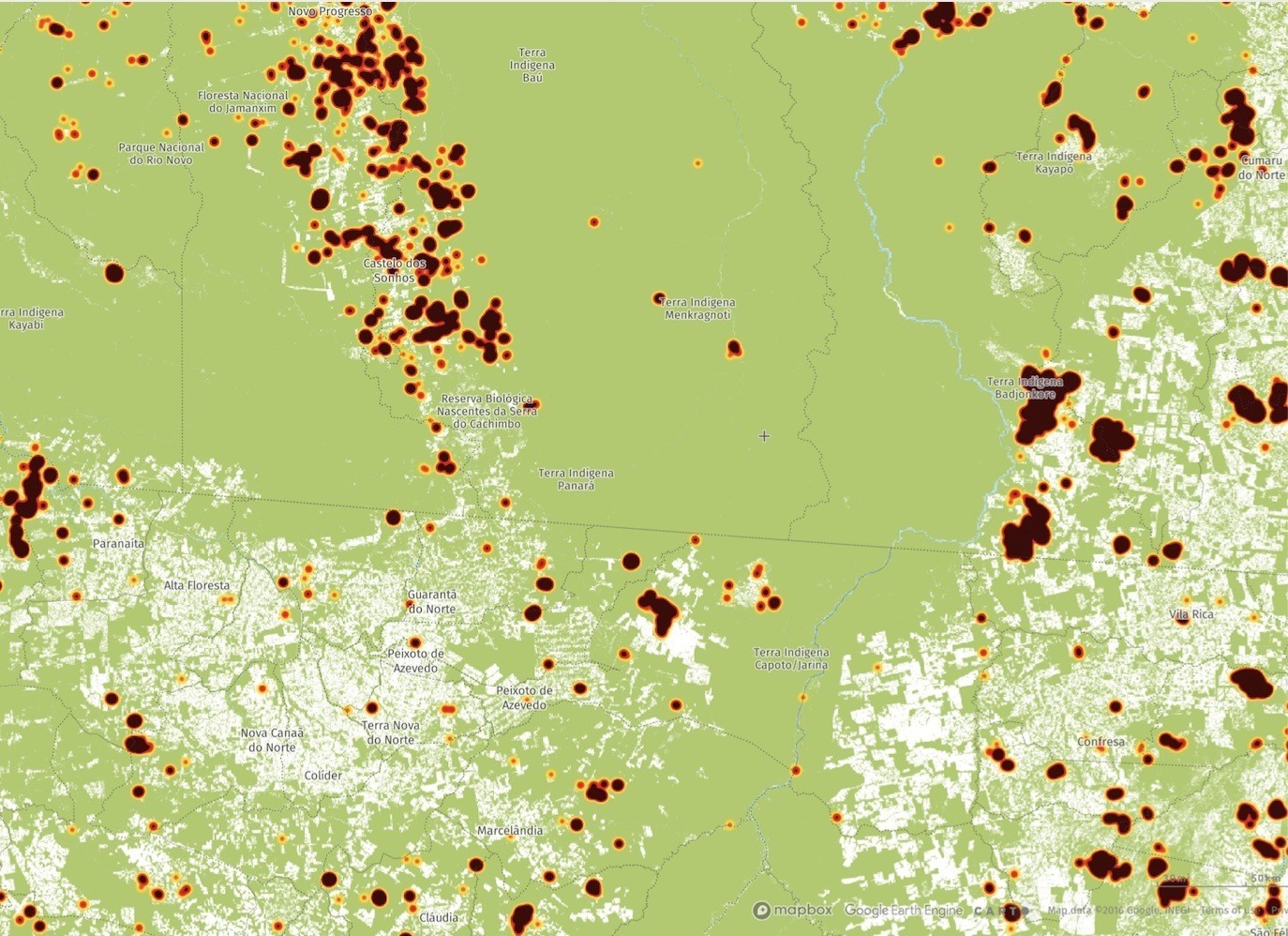 A fire is a fire is a fire. Wherever the fires are, this upswing in their numbers means that more carbon dioxide is going into the atmosphere. That disrupts the climate globally. At the time of writing this (Sept 1st, 2019), low-lying coastal counties in North Carolina are expecting yet another major hurricane, Dorian. They have barely recovered from Florence (2018) and Matthew (2016). Local politicians may share President Trump’s denial of climate disruption, but insurance companies read the science and understand that warmer oceans mean more major hurricanes. Premiums rise and deny already low income families the chance to cover their losses.

Black caiman in the Heart of the Amazon © Dave Foreman

The Amazon is rightly famous for its exceptional species diversity. These maps below — produced by my Brazil based colleague, Clinton Jenkins, and Félix Pharand-Deschenes at Globaïa — show the concentrations of bird, mammal, and amphibian species [6]. (Red means more species, blue means fewer.) The fires convert so many species to ash.

The Amazon is not uninhabited. Most of the green areas on the fire maps are indigenous reserves. And most of the fires are not within them. Of those that are, lightening causes some [7].) But many are set. The spread of fires and deforestation to the boundaries of and sometimes inside indigenous reserves reflects Bolsonaro’s alarming views of indigenous peoples

“It’s a shame that the Brazilian cavalry hasn’t been as efficient as the Americans, who exterminated the Indians.” Correio Braziliense newspaper, April 12, 1998 [8].

He reflects his party’s base that views the Amazon as some immensely rich resource, waiting to be exploited for agriculture, minerals, and other resources. If only the international community would stop interfering! 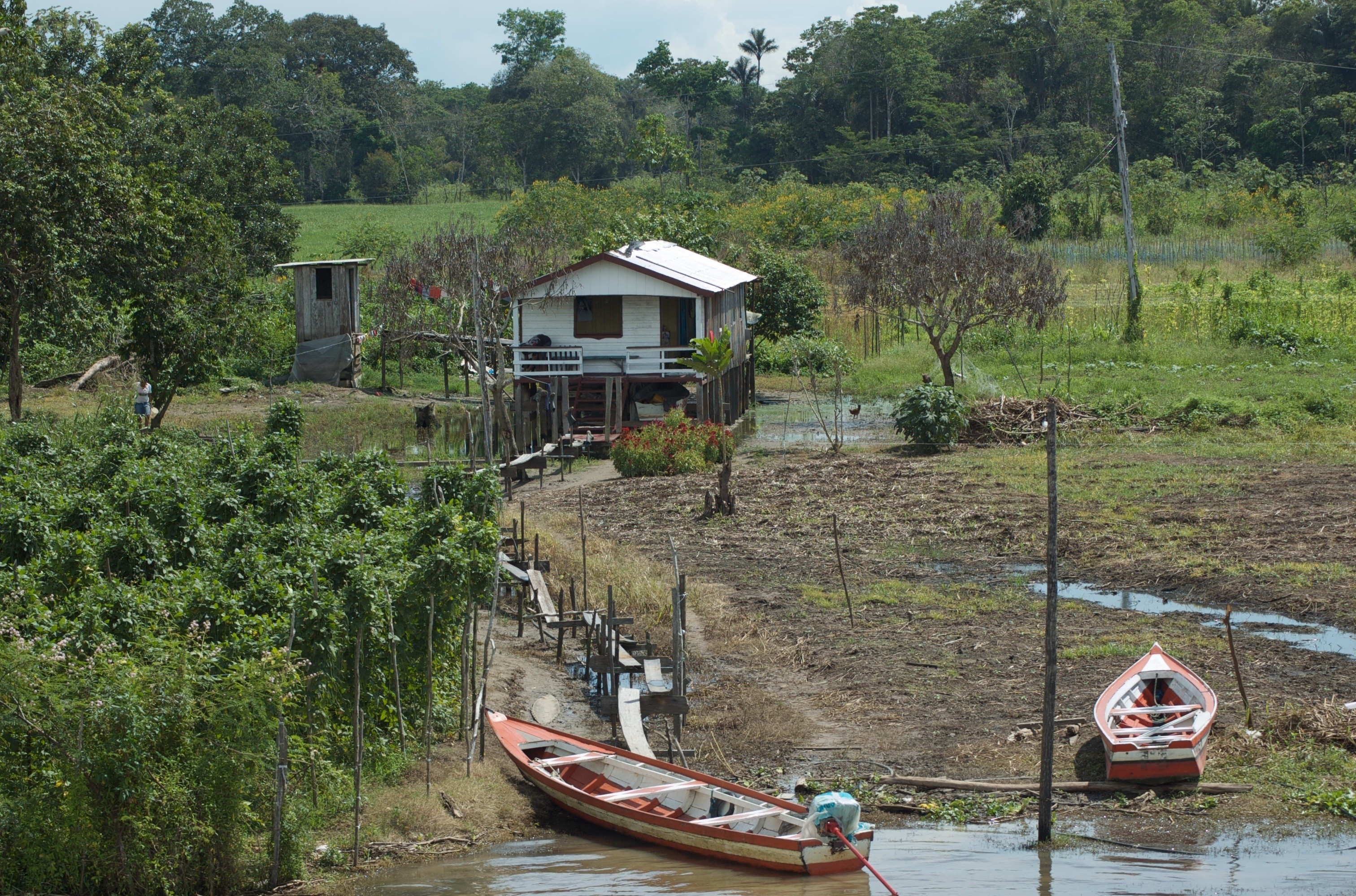 Farm and home along Amazon upstream of Manaus © Dave Foreman

My experiences in several parts of the Amazon suggest that the deforestation has caused nothing but misery — even for the colonists who have moved in from poor areas of Brazil to clear forests and the peoples that once lived in them. The deforestation is often a long way from the nearest main road, which itself is not surfaced and is impassable for the rainy season. Markets are a very long, expensive trip away.

Like Trump who boasts he “digs coal,” the long-term economic prospects for cattle ranching in much of the Amazon aren’t any better than for coal in Appalachia. (For the record: I grew up in sight of a coal mine. My friends worked in them and I understand better than most the desperation of extractive industries than cannot be economically sustained.)

So what can you do?

First, this is indeed an international problem. It matters to us here in economic terms, albeit indirect ones. Encouraging international action — both from politicians and the private sector — is essential.

Second, it’s an ethical, indeed religious issue. As Pope Francis says about the destruction of biodiversity in his Laudato Si — “we have no right” [9]. The very real and implied threats to indigenous peoples, as well as to wildlife species, are truly appalling.

Third, we need to stop deforestation, but we must also go on the offensive and plant trees! Reforestation with native trees is what we do at Saving Nature www.savingnature.com — and in Brazil, too, though in coastal forests, not the Amazon. 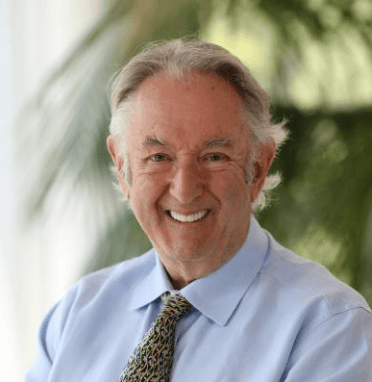 Stuart Pimm holds the Doris Duke Chair of Conservation at the Nicholas School of the Environment, Duke University. He is also the President of Saving Nature, a non-profit that raises money for partners in biodiverse-rich countries to reforest degraded habitats and restore connections between isolated forest fragments.

I also think that Bolsonaro is stupid and similar to Trump in many regards, but I clicked into this page expecting to learn about hard evidence on how much of the increased fire risk and impacts we can be attributed to Bolsonaro recent policies or something that is indirect but still convincing – sorry, I did not find it. I’d appreciate if you may make that clearer to us.

I’m also a bit confused about this sentence – “Money from Norway and more recently from others in the international community comes from the international consensus (the Trump Administration, excepted) that global climate disruption is bad business.” – Did you mean that Norway, by using big oil profit to do REDD and REDD+ with no sign of slowing down drilling (which is absolutely a main source of global climate disruption), is both self-serving hypocrisy and bad business (for the planet)?

No mention of human population growth in this article. Wild lands and wildlife suffer as we continue to add billions more to the planet. At the same time, consumption per person is going up. Not good news for those of us who believe in conservation.