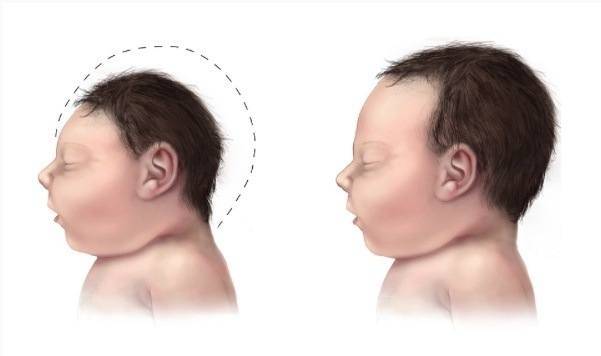 “The Zika virus provides a glimpse into a future we should do everything possible to avoid, a terrifying reminder why the fight for a stable physical planet is the fight of our time.”  Bill McKibben

Image courtesy of the Centers for Disease Control and Prevention

“Don’t get pregnant until 2018” is the advice given women in El Salvador. Yet only two thirds of married women there are using modern contraception.

The Zika virus, declared “public health emergency of international concern”, is the cause of the Salvadorian government’s warning against pregnancy. “We’d like to suggest to all the women of fertile age that they take steps to plan their pregnancies, and avoid getting pregnant between this year and next….” This quote from Deputy Health Minister Eduardo Espinoza is frightening.

Although it hasn’t caused an epidemic in Africa where it was first identified, it is raising havoc in the Americas. Zika virus symptoms are usually mild: eye inflammation, fever, rash and joint irritation—but the majority of infected people have no symptoms at all. There is no treatment for Zika disease. Mosquitoes of the Aedes genus spread Zika, dengue and other diseases, and it may also be spread by sex.

The best way to avoid getting Zika is to avoid being bitten by mosquitoes—insect repellant, dress appropriately and avoid areas where mosquitoes live. So far Colorado is safe from Aedes.

Climate change has recently increased the range of Aedes mosquitoes. Air travel has allowed the virus to spread like lightning. Humans have destabilized the planet, as McKibben states.

The Zika story in the Americas is still being written, but began last year. Brazilian doctors noticed a huge increase in the incidence of babies born with small heads—microcephaly. They found an association with the mothers having had Zika virus infection early in pregnancy.

I am terrified that brain scans of affected babies show other serious abnormalities usually associated with profoundly impairment. There are dozens of causes of microcephaly, but most of them are associated with cognitive and other problems.

The CDC recommends avoiding Zika when a woman is, or could become, pregnant. If the mother could have been exposed to the virus during pregnancy, it recommends ultrasounds to monitor fetal head growth.

What is so concerning is that where Zika is found, family planning services may be spotty. Fortunately El Salvador, where women are supposed to abstain from pregnancy for the next 2 years, has had a pretty successful reproductive health program. It is regrettable, however, that El Salvador is one of only 6 countries worldwide that outlaw abortion for any reason.

Beloved Pope Francis recently gave Catholic women who are at risk of Zika virus permission to use “artificial” contraception. This is great news for the millions of women where Zika is a threat, and will hopefully encourage governments in those areas to make contraception easily available.

One of the reasons that the U.S.A. liberalized of our abortion laws was that we had a viral epidemic that caused severe fetal damage. Fortunately, immunization has made rubella a disease of the past.

What happens if a woman is infected with Zika in pregnancy and ultrasound shows that her fetus has microcephaly? The Salvadorian punishment for having an abortion is 2 to 8 years in prison for the woman and up to 12 years for the doctor. Nevertheless hundreds of women risk having an illegal abortion. Often they cause their own abortions by thrusting a knitting needle or piece of wood into their uterus. Tragically, suicide is not uncommon among pregnant women in El Salvador.

Here is a hypothetical situation. Luisa, a Salvadoran campesina, has two healthy children. She was taking birth control pills, but her clinic ran out. Shortly after conceiving her third pregnancy she had what she thought was a cold with a mild red rash. During a routine ultrasound at 5 months the doctor said everything was ok except the fetus’s head seemed small, and she could see calcifications in the brain. What can Luisa do? If this baby’s brain was severely damaged she couldn’t afford to take care of it, and her other two children would suffer because of the family’s very limited resources.

What is wrong with a society that puts women in such a difficult bind? Rape is common in El Salvador, yet a woman who has been raped or is carrying a terribly compromised fetus has no legal recourse. Climate change and international travel make it more important that women everywhere have access to family planning and safe abortion services.