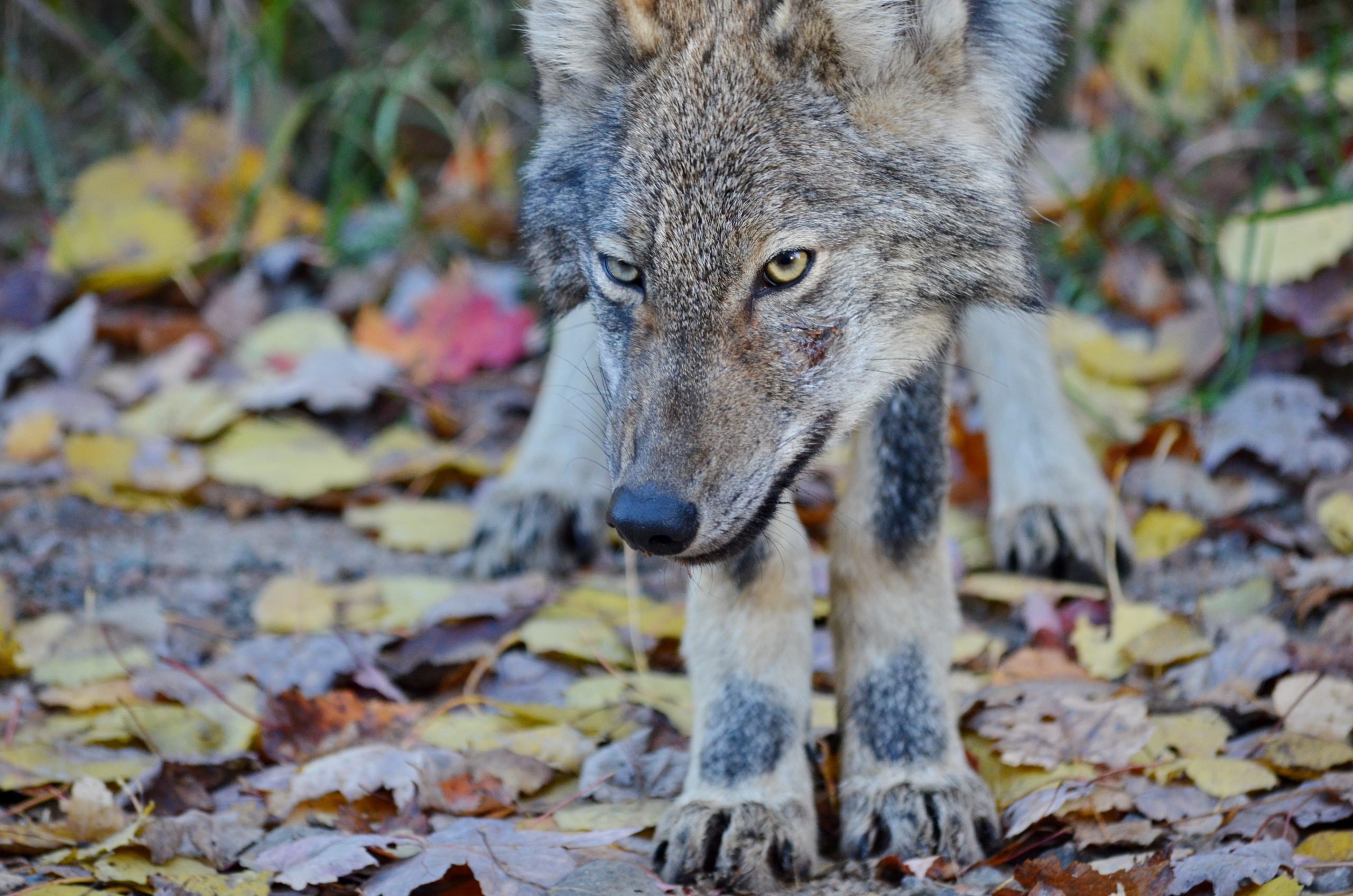 Since 1993 at least 10 wolves are known by the public to have been killed by being shot or trapped in locations south of the St. Lawrence River (plus one killed in 1968), as documented by the Maine Wolf Coalition and in a 2009 administrative petition by conservation groups to the U.S. Fish and Wildlife Service. The petition sought to protect dispersing wolves from being mistaken for coyotes and killed by hunters and trappers. These deaths include four wolves killed in New York and others in Maine, Vermont, Massachusetts, New Brunswick, and south of Quebec City.

The most recent incident occurred in New York in December 2021, when a hunter shot an animal he thought was a large coyote. Results from a DNA test performed by Trent University in Ontario this summer concluded the animal was 98% wolf.

“New York has an incredible opportunity to welcome wolves back to areas these imperiled animals once called home, and state officials should seize it,” said Amaroq Weiss, senior wolf advocate at the Center for Biological Diversity. “The return of wolves to the Northeast is a conservation victory worth celebrating, so we’re urging the Department of Environmental Conservation to take essential actions to promote wolf recovery here.”

Today’s letter seeks four specific actions from the department: (1) confirm the recent killing of a wolf in central New York and publicly acknowledge the potential for wolves to recolonize the region; (2) keep gray wolves on the state endangered species list and ensure compliance with state law by prohibiting and enforcing their killing; (3) establish best management practices to protect fragile, newly recolonizing wolf populations within the state by banning or restricting eastern coyote (coywolf) hunting and conducting hunter education on distinguishing between wolves and hybridized ‘coyotes’ in the Northeast; and (4) protect crucial habitat linkages to facilitate wolf dispersal into the region.

“Wolves returning to New York could usher in the next great rewilding success story, but not if dispersing wolves are killed once they set foot within the state,” said Renee Seacor, carnivore conservation advocate for Project Coyote and The Rewilding Institute. “We urge the Department of Environmental Conservation to acknowledge the potential for wolf presence within the state and take the legally required actions to ensure their survival.”

Wolves are federally protected as endangered throughout the Northeast and most of the lower 48 states, and they once ranged widely across the country. Many states, including New York, also list wolves under their own endangered species acts. As happened elsewhere in the contiguous United States, wolves were eradicated in the Northeast in the late 19th century. The federal government has worked to recover wolves in only three parts of the country, however, and has conducted no recovery efforts for wolves in the Northeast.

“We need wolves back in as many places as possible where they once lived, including New York and other Northeastern states,” said Joseph Butera, president and cofounder of Northeast Ecological Recovery Society. “Wolves are a key component to keeping ecosystems healthy and that benefits both nature and human beings.”

Over the past two decades, some wolves have dispersed into the Northeast, likely from Ontario or from the western Great Lakes states. Their presence has gone largely unacknowledged by state and federal agencies and became known only when the animals were killed by hunters or trappers. In only one of the instances — a wolf killed in Maine in 1993 — did the federal government prosecute for violation of the federal Endangered Species Act.

State wildlife agencies in the Northeast have failed to inform the public that wolves are returning and that the animals have protected status. In the absence of agencies educating the public on the size differences between wolves and coyotes, coyote hunters and trappers may accidentally kill a wolf.

“For far too long state agencies in the Northeast have ignored and undervalued the hybrid status of the eastern coyote or coywolf,” said Jonathan Way, founder of Eastern Coyote/Coywolf Research and author of nearly 50 peer reviewed papers on the subject. “This similarity of appearance to actual wolves has literally resulted in dead and no doubt many unreported wolves. The science clearly states that it is nearly impossible to tell the difference between big eastern ‘coyotes’ and small wolves in the field, so state wildlife agencies should be mandated to follow the law by better protecting all Canis species within their borders to ensure wolves aren’t being killed.”

A recently published study concluded there are conservatively more than 17,000 square miles of potential wolf habitat throughout New England and New York, making the region ideal for wolf recovery. The paper noted the potential for wolves to disperse to the Northeast from Canada or the Great Lakes states and stressed the need to maintain or improve connectivity for wolves in the region and commence interjurisdictional cooperation between the United States and Canada. It also noted that human willingness to coexist with wolves could be aided by science-based public education, increased regulations, and conflict-mitigation programs.

“The natural return of wolves to the northeast signals the beginning of a necessary healing of the ecosystem,” said John Glowa, president and cofounder of the Maine Wolf Coalition. “We ask the Department of Environmental Conservation to take these needed actions to protect wolves dispersing into New York and we also ask wildlife advocates nationwide to express their support for wolf recovery in the northeast by contacting Secretary of the Interior Deb Haaland and asking her to enforce the Endangered Species Act for wolves in the Northeast and to develop a National Wolf Recovery Plan.”

It has been wrongly believed that the St. Lawrence River and surrounding areas serve as a barrier to wolf dispersal into the northeastern United States. Wolves live just 60 miles north of the New York border in Canada, and a wolf can travel that distance in less than two days. Large swaths of suitable habitat and prey in New York make it highly probable that the species will continue to venture back into the state and other adjacent states. The Maine Wolf Coalition, through scat collected in 2019, documented the first live eastern wolf in Maine in modern times.

Project Coyote, a fiscally-sponsored project of Earth Island Institute, is a North American coalition of scientists, educators, conservationists, and community leaders promoting compassionate conservation and coexistence between humans and wildlife through education, science, and advocacy.

The Maine Wolf Coalition, Inc. is a 501c3 nonprofit corporation dedicated to supporting wolf recovery in Maine through research, education and protection