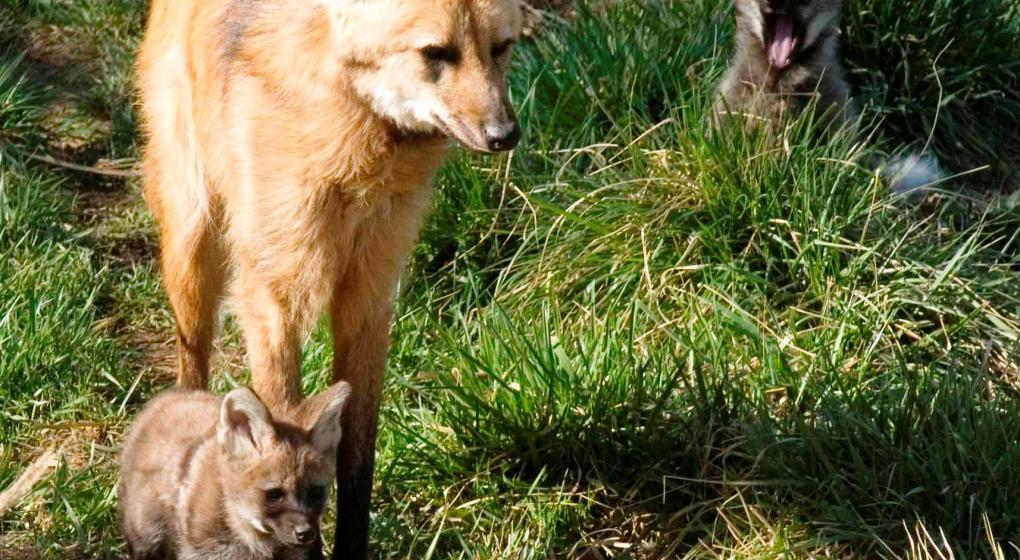 This text was copied from the World Land Trust-US website 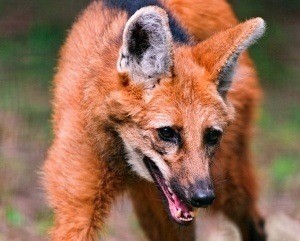 Project at a glance:
Due to rapid habitat destruction, the Maned wolf in Bolivia is now facing extinction. To protect this endangered species, World Land Trust-US is seeking funds to buy the 15,711-acre Santa Anita Ranch for $29 an acre. The purchase will more than double the size of 11,555-acre Barba Azul Nature Reserve and help ensure a future for the Maned wolf in Bolivia. Buy an acre now.

Creating a Refuge for Bolivia’s Maned Wolf
In the remaining pockets of wilderness in the Beni savanna night’s arrival is still greeted by a series of startling roars that travel across the lonely, undisturbed stretches of this once vast grassland. For locals, this is the unmistakable sign that the Maned wolf has begun its nightly activity. Despite its formidable roar, the Maned wolf, no longer roams the Beni savanna undisturbed. Instead, this solitary animal, which depends on large, uninterrupted spaces, is quickly finding itself without a home.

Fueled by international demand for cheap grazing and farmland, pressure to convert the ancient Beni savanna into cattle pasture and soy fields continues to mount and its effect on the Maned wolf has been disastrous. This rare species is now fighting for survival in Bolivia with less than a thousand of its kind left in the wild.

Despite these challenges, a promising opportunity to protect the Maned wolf exists. While land prices in neighboring countries have soared in recent decades, it is still possible for WLT-US to protect Bolivia’s fast disappearing Beni savanna and its Maned wolf population for $29 an acre.

In coordination with our Bolivian partner, Asociación Armonía, we are working to expand the Barba Azul Nature Preserve, which provides an ideal refuge for the Maned wolf, as well as for other species like the Critically Endangered Blue-throated macaw, Black caiman, and the elusive Pampas cat. As land prices grow in Bolivia, so does the urgency to act and similar opportunities to protect the Beni savanna will almost certainly disappear in the coming years.

About the Maned Wolf
For four million years, the Maned wolf has proved itself a remarkably resilient species. While its closest relatives have become fossils, this long-time survivor has adapted and continues to play an important ecological role in Bolivia’s Beni savanna.

Perched on extraordinarily long legs, the Maned Wolf towers over other species in the canine family and is often referred to as a “fox on stilts.” 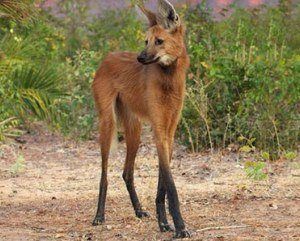 In reality, it is neither a fox nor a wolf, and researchers have found that it is not closely related to any other living canine species. As a result, the Maned wolf, which sports enormous, jackal-like ears and a coat of brilliant orange fur crowned with a long, black mane, has been given its own genus: Chrysocyon.

The Beni savanna, in which it roams, is a complex mosaic of grass- and marshlands interspersed with forested islands. As the meeting point for the Amazon, Chaco and Pantanal Regions, this rapidly vanishing ecosystem is rich in biodiversity. Scientists have identified 146 species of mammals in the savanna, including pumas, jaguars and rivers dolphins. More than 500 species of birds of have also been observed, and 325 fish species live in the Mamoré River alone, although scientists expect to find many more in the future.

This landscape, however, is poorly represented by Bolivia’s protected area system and is increasingly subject to land conversion as agribusiness and ranching interests are lured by the price of land. Without protection by WLT-US and other organizations, however, the Maned wolf has little chance for long-term survival. While they have proved an enduring species, they are not invulnerable and have already been driven to extinction in Uruguay. 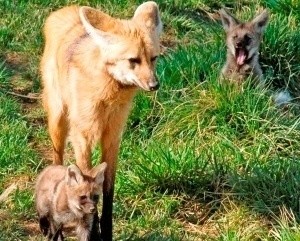 To protect critical habitat in the Beni savanna, we helped create the Barba Azul Nature Reserve in 2008 by supporting Asociación Armonía to purchase an 8,785-acre ranch. And with our continuing financial support, the reserve grew to cover 11,555 acres in 2010.

Now, the possibility exists to more than double the reserve’s size with purchase of the 15,711-acre Santa Anita ranch that would bring the reserve’s total size to 27,266 acres. For Maned wolves, the addition will be an indispensable improvement and will allow for their continued survival in Bolivia.

“Want to Help secure a future for the Maned Wolf?” Click here to visit the World Land Trust-US Donation Page.

I really appreciate you putting up this plea to help the maned wolf. Only just this past month I learned about this species. The fascinating thing about them, is that they seem to be filling an ecological niche of all their own. I will spread in my own social network the need to save this creature! Thank you for the work you do. Peace! – DDM, Freelance Writer and Journalist