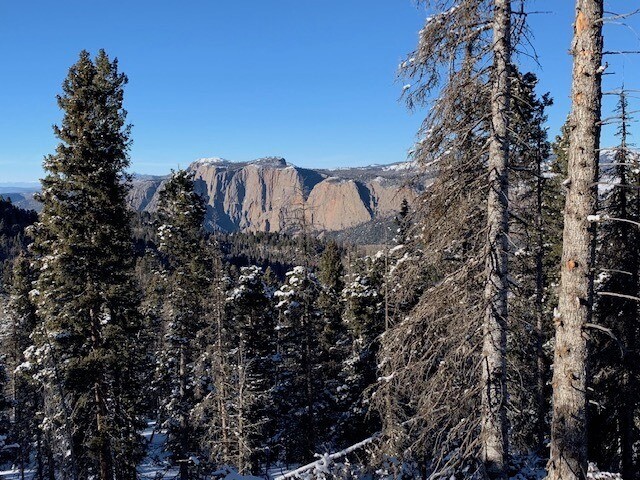 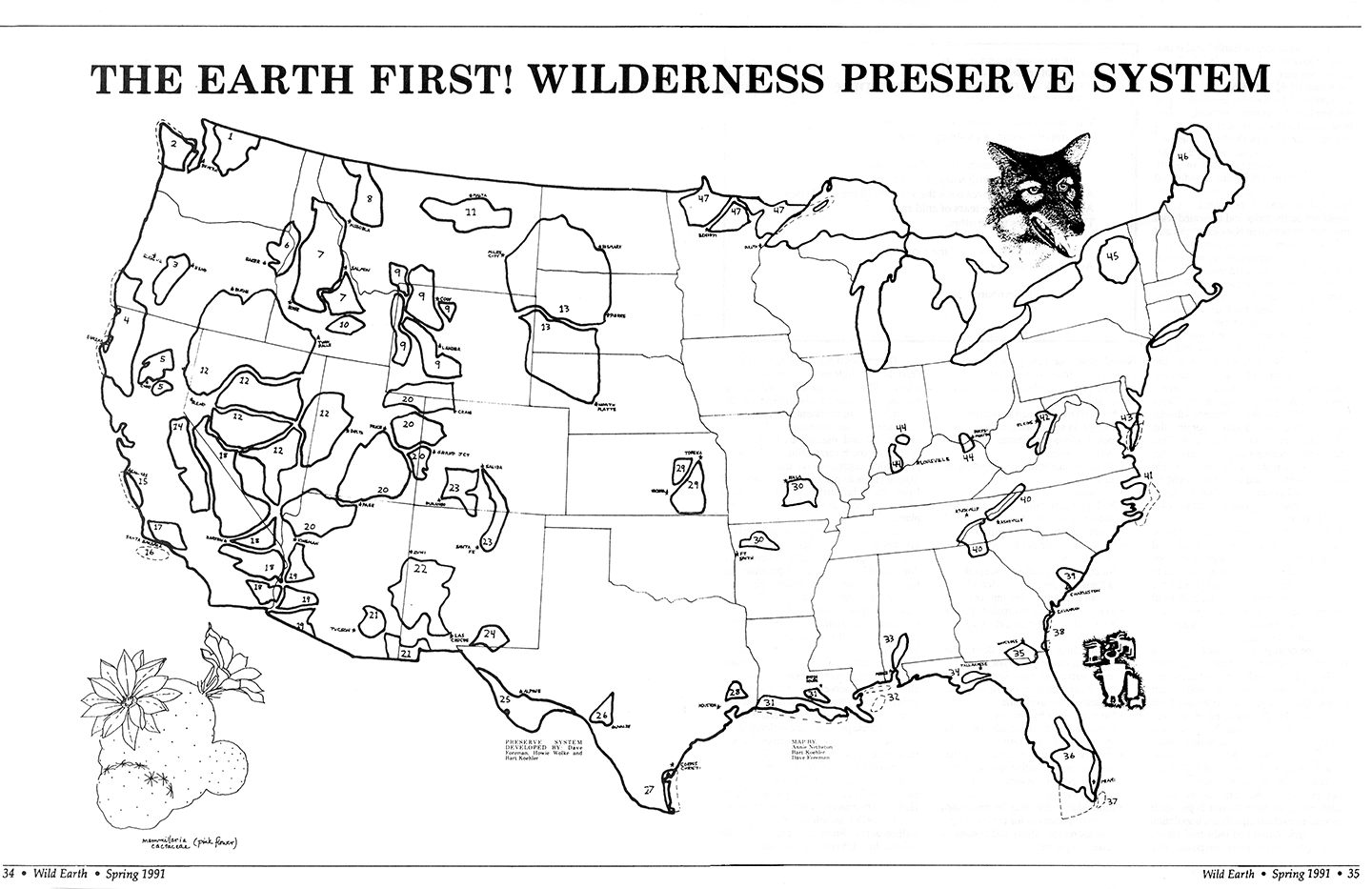 “The Earth First! Wilderness Preserve System” was developed beginning in 1980 by Dave Foreman, Howie Wolke, and Bart Koehler and first presented in the June 1983 issue of Earth First! The proposal has been edited slightly for this issue of Wild Earth but is presented essentially as originally printed. It is an historical document. The proposal was one of the first Earth First! projects. It anticipates by several years the work of most conservation biologists. In 1980 very few biologists were speaking of the need to preserve large inviolate wild areas in order to protect biodiversity. Now many are, and conservation biology is blossoming into a major force in the effort to prevent the untimely and anthropogenic end of the Cenozoic Era.

Obviously, given the great advances in island biogeography and other sub-disciplines of conservation biology made in recent years, if this proposal were being presented today it would look somewhat different. A few of the likely changes are these:

Fewer developed corridors would be allowed. Conservation biologists now realize that some species, in particular large carnivores (Grizzly Bear being a prime example) and raptors, range over vast territories and are very sensitive to human intrusions. In contrast to what this proposal suggests, roads to Old Faithful and Yellowstone Lake, for instance, would be closed or left open only for non-motorized transport (bicycles, feet).

The number of reserves would probably be doubled at least. The East is poorly represented in this proposal, in part because it is so over-developed, of course; but also because Dave, Howie, and Bart were most familiar with the West. Now we would see on the map a huge dark blob over northern New England and New York (perhaps 30 million acres); much larger preserves in the Central and Southern Appalachians; more preserves and corridors in Florida; stepping stone preserves in the Berkshires of western Massachusetts, the Finger Lakes of Western New York, and Catskills of eastern New York, the Allegheny Mountains of Pennsylvania, the Red River Gorge and Rockcastle River area of eastern Kentucky, and elsewhere (I display my own bias here — for the Northeast.) More coastal and off-shore areas would be included.

International preserves would be added. Many border ecosystems – the Wild Rockies, the Sky Islands and Sonoran Desert of the Southwest, the Northern Transition forests, and others – still retain wildness on both sides of the United States/Canada or US/Mexico border.

In short, when the Earth First! Cofounders’ proposal is next presented, it will be greatly refined and expanded. It may also be a book. Wild Earth will facilitate development of a continental proposal by running regional Wilderness proposals from throughout North America. We encourage you to develop or refine proposals for your bioregion and send them to us. For now, starting with the map at the top of this page is the original EF! Plan.

PS Two decades later, in spring 2020, we Rewilding Earth editors note that this map helps show how the Half Earth, or Nature Needs Half, goal could be implemented in North America. Dave Foreman is now working on a second edition of his classic book Rewilding North America, which (even more than the first edition) will describe how we can protect and restore at least half of North America’s lands and waters as Nature reserves. –JD
______________________________

Spread Rewilding Around the Globe!
Tags: half earth, Nature Needs Half

The Mogollon Wildlife Corridor: A Big Step Toward Half Earth and Beyond

The East needs so much more for a balanced Half Earth…