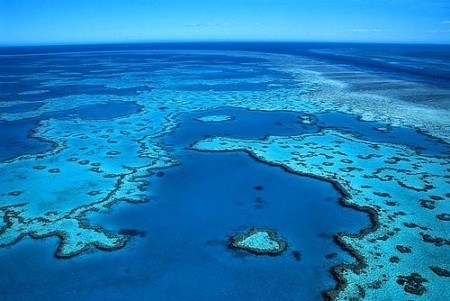 And the last excerpt from the new edition of Man Swarm on The Ecological Wounds from overpopulation:

As early as 1969 Paul Ehrlich and John Holdren saw one of the upshots of overpopulation as a rise in “the atmospheric percentage of CO2,” leading to a “greenhouse effect” (though they didn’t use those words yet). Unlike other species, Man lives worldwide. The whole Earth is our home—and our dump. The needed resource that has run out first is not food, water, oil, or rare minerals, but the wherewithal of the atmosphere, seas, and woods to soak up our industrial, transportation, and agricultural belches of carbon dioxide, methane, and other greenhouse gases. The wealthy pump out more greenhouse gases per capita, but third-worlders add much by setting fires in forests, grasslands, and shrublands.

With climate change, a key formula is at work. In 1974, physicist John Holdren and biologist Paul Ehrlich, then both at Stanford University, set down in Science the scientific formula I=PAT. Paul and Anne Ehrlich spelled out what it means: “The impact of any human group on the environment can be usefully viewed as the product of three different factors. The first is the number of people. The second is some measure of the average person’s consumption of resources…Finally, the product of those two factors…is multiplied by an index of the environmental disruptiveness of the technologies that provide the goods consumed…In short, (I) Impact = (P) Population x (A) Affluence (resource consumption) x (T) Technology, or I=PAT.” While many see Impact more as harm to the life support system Earth gives Man, I see Impact as the ecological wounds.

When it comes to Wound 7, Affluence (A) and Technology (T) are big players in how much Impact (I) one may have. However, enough small players can outweigh a few big players. What drives the logging and burning of the Amazon rainforest to make new cattle paddocks and soybean fields? Too many people having children in Brazil, plus the swelling numbers of hungry mouths in the rest of the world who crave the food many believe the “last agricultural frontier” can grow. This is leading to more of a jump in Brazil’s greenhouse gas load and to the loss of tropical forests that if kept, would go on taking carbon from the atmosphere—and be the dearest pool of manifold life left on Earth.

China has now shot past the United States as the worst greenhouse gas emitter in the world, thanks to its whopping population racing after greater wealth. But if China had only half a billion mouths instead of nearly a billion and a half, it would not have done so. If China’s growth had not been slowed by the much-cursed one-child policy, it would be blowing out much more greenhouse pollution than it already is. Without the one-child rule, the Chinese themselves have acknowledged that there would be about four hundred million more Chinese today. However, this did not stop them from easing one-child policies beginning in 2014.

Family planning experts, weighing the threat of greenhouse gas pollution, write in The Lancet, “In a world of twelve billion inhabitants, much more severe measures would be needed to stabilise the planet’s environment than in a world of eight billion people. Prevention of unwanted births today by family planning might be one of the most cost-effective ways to preserve the planet’s environment for the future.”

In 2006, then-British Prime Minister Tony Blair acknowledged that it was “now plain that the emission of greenhouse gases, associated with industrialization and economic growth from a world population that has increased six-fold in two hundred years, is causing global warming at a rate that is unsustainable.” Alas, Blair is one of the few leaders to acknowledge how the population explosion is behind global warming. The United Kingdom’s Optimum Population Trust says, “Policies to tackle climate change, by contrast, almost universally ignore population: it is seen as too sensitive and controversial.” The upshot is that the solutions for greenhouse gas pollution are all technical and economic. What is all too often overlooked when it comes to greenhouse gas pollution and all of the Seven Ecological Wounds, for that matter? Population growth and overpopulation are the main drivers of these problems, and lowering the population is the main solution.

In a 2007 study, the Optimum Population Trust (OPT) found that forgoing children was the best way to reduce the UK’s greenhouse gas load. “Each new UK citizen less means a lifetime carbon dioxide saving of nearly seven hundred fifty tonnes, a climate impact equivalent to six hundred twenty return flights between London and New York.” The press release from the Trust goes on to say, “Based on a ‘social cost’ of carbon dioxide of $85 a tonne, the report estimates the climate cost of each new Briton over their lifetime at roughly £30,000 ($63,240). The lifetime emission costs of the extra ten million people projected for the UK by 2074 would therefore be over £300 billion.” “A thirty-five-pence condom, which could avert that £30,000 cost from a single use, thus represents a ‘spectacular’ potential return on investment—around nine million percent.”

The Trust makes a sharp warning that must be heeded by all working to cut back on greenhouse gas emissions. “Even if by 2050 the world had managed to achieve a sixty percent cut in its 1990 emission levels, in line with the Intergovernmental Panel on Climate Change’s recommendations and UK government’s target, almost all of it would be cancelled out by population growth.” In a companion briefing, OPT writes, “Put another way, even if the world managed to achieve a fifty-two percent cut in its 1990 emission levels (21.4 billion tonnes) by 2050—not far off the IPCC’s sixty percent target—it would be cancelled out by population growth.” Why? Over the years the added folks from overbreeding will drive emissions back up.

So, as dreadfully hard as it will be to cut our greenhouse gas emissions, it will be pissin’ in the wind without reducing population. Like it or hate it, this is reality. And what the Trust says for greenhouse gas pollution holds true for the other wounds as well.

In 2011 when it appeared, ‘Man Swarm’ was a ‘must read’ but it received scant attention; Foreman reported how a curtain had fallen on this once acknowleged linch-pin issue and his work fell victim to it. Almost a decade later the subject is more taboo than ever. Cries of “Racism!: await any mention of the limits that Dave Foreman illustrated so powerfully. The delusion that somehow the world is there for us alone –every one of us, however many–and if we would only
eschew hate is a deadly one. This latest offering by the Rewilding Institute is one of the very best antidotes we have.