By Dave Foreman on October 28th, 2019 in Around the Campfire 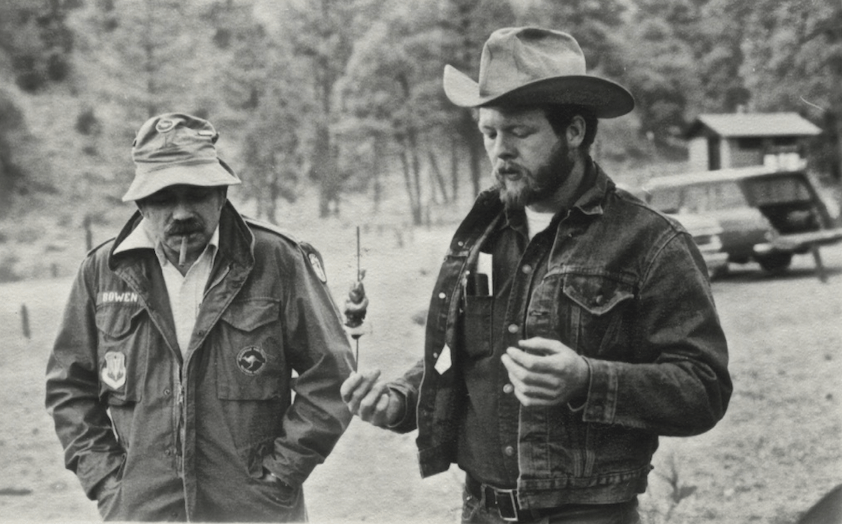 Embers from the Campfire, #2

Once upon a time, conservation was bipartisan, with leadership from both Republicans and Democrats at various stages, from the administration of Teddy Roosevelt to that of Richard Nixon and a bit beyond. In the early days of the New Mexico Wilderness Study Committee in the 1970s, many of its leaders, even yours truly, were Republicans. We worked closely with New Mexico’s Republican members of Congress—Sen. Pete Domenici and Rep. Manuel Lujan, Jr.—on new Wilderness Areas, including a pocketful of areas stoutly opposed by the Forest Service, such as the Sandia Mountains and Chama Canyon Wilderness Areas. When, on my trips to Washington, D.C. for The Wilderness Society and NMWSC, I strode the marble hallways of the Congressional office buildings I always had appointments with the Republican staff of the House Interior Committee to palaver over strategy.

In 1973, one of the great conservation bills was passed with the strong support of Republican members of Congress. The Eastern Wilderness Areas Act was fought by the Forest Service as though it would usher in Armageddon. And yet, its lead sponsor in the Senate was Republican James Buckley (brother of William F. Buckley) and in the House by Republican John Saylor, who had been the lead House sponsor of the 1964 Wilderness Act.

But what of the great bugbear of today’s congressional Republicans (better called Trumpicans)—the 1973 Endangered Species Act?

Today the Endangered Species Act is under threat as never before by Republicans and the Trump administration. But on July 24, 1973, the Senate unanimously approved the Act, followed on September 18 by a House vote of 390-12. It was gladly signed by President Gerald Ford, also a Republican.

In debate on the bill, Senator Ted Stevens (R-AK), speaking in favor, quoted former Senator Spong who had said that “Extinction is quite literally a fate worse than death.” Stevens added, “I agree.” Senator Marlow Cook, (R-KY) recommended the legislation include “a provision which would prohibit the destruction or modification of the critical habitat of such [endangered] species.” Senator Bill Roth (R-DE), said in support that the Act was a “long overdue piece of legislation,” and Senator Pete Domenici (R-NM) added, “It is a fact that man has been the culprit in bringing certain species to the point of extinction: it would be a double indictment against humanity to ignore the present situation and allow the destruction of our resource of wildlife to continue.” Senator Charles Percy (R-IL) called for the Senate to act promptly and “hopefully unanimously” on the bill, and it was so.

As Mary Hopkin sang around that time, “Those were the days, my friend.…” Yep, and we believed they would never end. Land sakes alive! (The strongest oath my Republican grandmother ever uttered.) How, how, how has the Republican Party fallen so low?

In the Sandia Wilderness, listening to the uplifting song of my chickadee friends

Featured image: Dave with Maj. John Bowen (ret.) at a NMWSC retreat in the 1970s

I tend to support political candidates on the basis of their environmental advocacy above all else. As another old geezer in Dave’s age bracket, I can think back when I really had to think about whether to vote for a Republican or a Democrat. Should it be Nixon or Kennedy? Unfortunately, there are no shades of gray today: it’s either the Republican line or the Democrat line and never shall the two meet.

Thanks Dave, for your inspirational message. I take heart from your courage and stamina in fighting for wild public lands. As a group of leaders will be lobbying for environmental protections next week in DC with other Broadband leaders from the west.
Rio Grande Valley Broadband of the Great Old Broads for Wilderness

Actually, it was Mary Hopkins. You’re getting as old as me Dave.