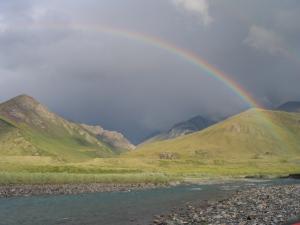 Your help is needed to block a vicious and potentially devastating assault on the last best hope to let some of American wildlands survive – for the benefit of ALL species. Please sign my petition, and then spread it far and wide.

Please also consider contacting your home state U.S. Senator and tell them to oppose and block this anti-nature, anti-human bill.

On April 17, 2012, the U.S. House of Representatives passed HR 4089, the Sportsmen’s Heritage Act, supposedly to protect and enhance opportunities for recreational hunting, fishing, and shooting.

This bill is a thinly disguised measure to gut the 1964 Wilderness Act and protections for every acre of the National Wilderness Preservation System.

Supported by the National Rifle Association, the bill would allow the dismemberment of wilderness through road, dam and building construction, as well as extensive habitat modifications. We are petitioning Senate Majority Leader Reid who can prevent this destructive legislation from going any further.