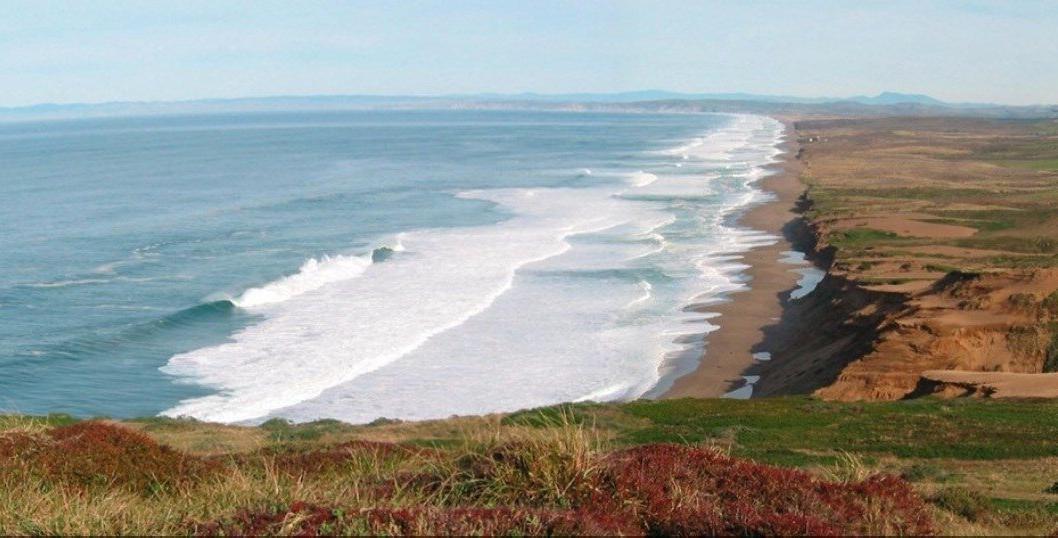 From the Resource Renewal Institute

rivers and securing millions of acres of land as Western Regional Director of the Nature Conservancy, and later as its president; as founder of the Trust for Public Land and as California’s Secretary of Resources, where he spearheaded “Investment for Prosperity,” a 100-year plan that became a blueprint for sustainability programs worldwide.

Johnson died on July 12 at his home in Corte Madera, Calif., of injuries suffered in a fall.

In 2001 Johnson received the United Nations Environment Sasakawa Prize for his contributions to the protection of the environment and the promotion of sustainable development, which included establishing the United Nations Environmental Programme (UNEP), through which he began a long friendship and collaboration with Dr. Wangari Maathai, founder of Kenya’s Greenbelt Movement and winner of the Nobel Peace Prize in 2004. Johnson set up the Greenbelt Movement International to advance Maathai’s reforestation efforts globally. Until his accident, Mr. Johnson continued to keep regular office hours at his environmental think tank in Mill Valley, California. The Resource Renewal Institute (RRI), which he founded in 1982, pursues innovative solutions to some of the world’s weightiest problems. RRI’s nine projects and fiscal sponsorship for several conservation initiatives, are among nearly one hundred organizations Johnson founded, headed and furthered during his long career.

“Fish in the Fields,” a pilot project founded in 2012 has evolved as a model for sustainably raising fish in California rice fields, providing both a source of protein and reducing methane emissions linked to climate change.

In recent years, Johnson campaigned vigorously to protect public lands and wildlife at Point Reyes National Seashore from the impacts of commercial cattle grazing. Through Restore Point Reyes Seashore, a project of RRI, he mobilized public opposition to the expansion of private beef and dairy operations in the Seashore, and the culling of native Tule elk herds that compete for forage and water with the thousands of domestic cattle in the national park. Johnson’s penchant for activism can be heard in conversations he recorded with more than 150 environmental elders, for “Forces of Nature,” an online archive offering inspiration and advice to future generations of advocates.

Johnson’s environmentalism was inspired by Aldo Leopold’s “A Sand County Almanac,” published in 1949.  Upon reading Leopold’s essay on the “land ethic,” Johnson said he had found his life’s purpose, which he later described as “finding my drum.” From that time forward, he would press copies of the Almanac into the hands of family, friends and colleagues, to make them aware of “. . . the vast landscapes they own and the need to protect them.”  Throughout his career, Johnson’s first question to potential employees, or even adversaries, was often, “Have you read Leopold’s book?”

Environmental icon David Brower praised his environmental colleague in the foreword to Johnson’s landmark 1995 book, “Green Plans: Greenprint for Sustainability,” saying, “Huey Johnson is an artesian well in a world where that kind of well is increasingly hard to find.” Signature conservation achievements while Johnson worked at Nature Conservancy (1963-1972) included the protection of the Seven Sacred Pools in Maui’s Haleakala National Park. An acquisition in the Marin Headlands Johnson crafted in 1972 was the genesis for the 82,000-acre Golden Gate National Recreation Area. Saving that land from a planned development for 30,000 homes is the subject of the 2012 award-winning documentary, “Rebels with a Cause.”  Johnson graduated from Western Michigan University in 1957 with a degree in biology, and accepted a job with Union Carbide. He abruptly quit when he realized he needed to be in nature. He traveled the world for two years before taking a seasonal job with the California Fish and Game Department, worked in Alaska, and returned to Utah State University for a Master’s in wildlife management.

In 1963, he saw a job listing on a bulletin board that the Nature Conservancy was seeking to hire its first Western Director. He told his wife, Sue, that this was the job he was meant to have. They drove to California and to save money camped near Muir Beach on land that in 1971 became Johnson’s first acquisition for the Nature Conservancy.

In 1972, Mr. Johnson went to Stockholm, Sweden to attend the United Nations Conference on the Human Environment, and joined some of the earliest efforts to recognize a healthy planet as a human right. That same year, Johnson founded the Trust for Public Land with attorney Greg Archbald to develop novel strategies to acquire land for urban parks. The Trust for Public Land is today the nation’s fifth largest environmental organization.

In 1978, Gov. Jerry Brown asked Johnson to head California’s Resources agency. Johnson initially refused, saying that he could not see himself getting along with the politicians. However, he reconsidered, “I realized that as an individual environmentalist I can save one tree by stopping one bulldozer, but as the head of an agency I can stop 10,000 bulldozers.” As Secretary, Johnson introduced the groundbreaking 100-year plan integrating the management of the state’s energy, forests, agriculture, water, rivers and fisheries. Johnson claimed he must have been doing something right when state legislators from both parties demanded that the governor fire him, but Brown supported him throughout his tenure.

When the Brown administration ended, Johnson founded the nonprofit “New Renaissance Center,” which was renamed and incorporated as the Resource Renewal Institute (RRI) in 1987. He continued to launch environmental and conservation organizations including the Grand Canyon Trust, Water Heritage Trust, CalUWild, Public Trust Alliance, Defense of Place, Restore Point Reyes Seashore and the Nigiri Project, a salmon restoration program now under CalTrout. By 1991, when RRI launched its Green Plan program based on his work as Resources Secretary, Johnson’s impact reached global audiences. He was invited to attend the U.N. Earth Summit in Rio de Janeiro to monitor the advances in Green Plan countries such as Norway, The Netherlands, New Zealand and Canada.

Johnson’s awards include the President’s Sustainability Award in 1996; the Fredrick Law Olmsted Award in 200; and the 2009 Pugsley Medal from the American Academy of Park and Recreation. Mr. Johnson also received honorary doctoral degrees from Dominican University (2008) in California and Utah State University (2009). Those who knew him personally describe Johnson as “authentic,” “uncompromising,” “principled and “visionary.” Deborah Moskowitz, RRI’s president said, “Those who worked with him describe him as an environmental giant. He understood that the survival and well being of humanity hinges on the health of the planet. Yet, in the face of all the challenges, his was a message of optimism and a rallying cry that we must persevere.”

Along with Ms. Moskowitz, RRI staff and visitors prized “lunch with Huey,” which had a dual purpose—Johnson would put people through their paces, hoping to find skilled communicators with enough passion to move an idea. He also frequently admonished staff not to give up. “You’ve got to plug along and do what you can do, and if you persist long enough, you do some good. And if you should lose, lose honorably.”

Mr. Johnson is survived by his wife, Sue, of 58 years; his daughter Megan; son Tyler and his wife, Jill; grandsons Miles and Bay; and nephew, Zack.

In lieu of flowers, the family requests donations be made to the Resource Renewal Institute, to continue Huey Johnson’s important work.