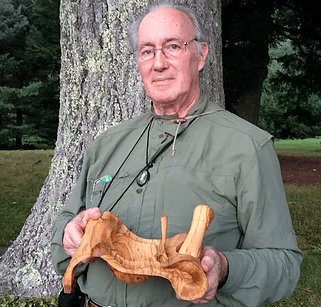 Bob Leverett is the co-founder of the Native Tree Society, co-founder and President of Friends of Mohawk Trail State Forest, chairperson for the Massachusetts Department of Conservation and Recreation Forest Reserves Scientific Advisory Committee, the co-author of the American Forests Champion Tree-Measuring Guidelines handbook.

He is also co-author of several books including the Sierra Club Guide to Ancient Forests of the Northeast. Educated as an engineer, Bob is a recognized expert in the science of measuring trees for both science and sport. His association with old-growth forest discoveries and confirmations dates to the middle 1980s.

This compelling interest placed him in the center of the early old growth preservation movements, which continue to this day.

The Old Man and the Tree – Smithsonian Science, 2022