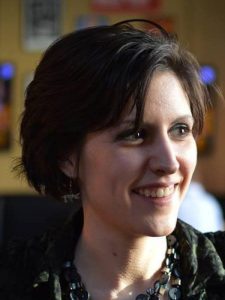 Kate McFarland holds a BS in Mathematics, MS in Statistics and PhD in Philosophy (with a focus on pragmatics and philosophy of language) from Ohio State University, which she completed just for fun before leaving academia to spend a few years as a freelance writer. She now works as the Center Associate for the Ohio State University Center for Ethics and Human Values.

When European borders reopened in the summer of 2021, Kate left her flat in Columbus to live nomadically in pursuit of a long-standing dream of car-free, active-transportation-based rural living (which in today’s overdeveloped world means she spends most of her time self-exiled on small islands). Her experiences in Europe would become very influential in the development of her thinking about conservation ethics and rewilding discourse.