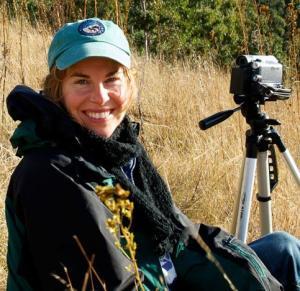 Camilla Fox is the founder and executive director of Project Coyote, a national non-profit organization that promotes compassionate conservation and coexistence between people and wildlife through education, science, and advocacy.

With over 20 years of experience working on behalf of wildlife and wildlands and a Masters degree in wildlife ecology, policy, and conservation, Camilla’s work has been featured in The New York Times, the BBC, NPR, Orion, National Geographic, and Mother Jones.

Camilla has authored more than 70 publications and is co-author of two books: Coyotes in Our Midst and Cull of the Wild. She also co-produced the companion award-winning documentary Cull of the Wild ~ The Truth Behind Trapping and director and producer of KILLING GAMES ~ Wildlife in the Crosshairs– a documentary film released in 2017 with the aim of ending wildlife killing contests in the U.S.