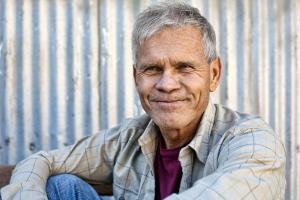 Rick Ridgeway is a mountaineer and adventurer, who during his career has also been an environmentalist, writer, filmmaker and businessman. Ridgeway has climbed new routes and explored little-known regions on six continents. He was part of the 1978 team that were the first Americans to summit K2, the world’s second-highest mountain. Since 2005 he has overseen environmental affairs at the outdoor clothing company Patagonia, which has long been a supporter of groups like The Rewilding Institute.

He has authored six books and dozens of magazine articles, and produced or directed many documentary films.

During his explorations Ridgeway witnessed the degradations of the wildlands that had come to define his life: he saw firsthand remote grasslands in Patagonia turned to tourist cities, and the glaciers on Kilimanjaro disappear. He also witnessed the wildlife that inhabited those wildlands decline, and in the mid-’90s he began a series of journeys that allowed him to communicate, through books and films, what was happening to these formerly wild regions. –Wikipedia

Today I talk with Rick about conservation initiatives and activism in which Patagonia is taking part or leading, what it means to be an “activist company,” and how listeners can continue to help make sure companies are in business for the right reasons.

Bonus: Get to know more about Rick Ridgeway

Review of Rick Ridgeway’s Life Lived Wild: Adventures at the Edge of the Map