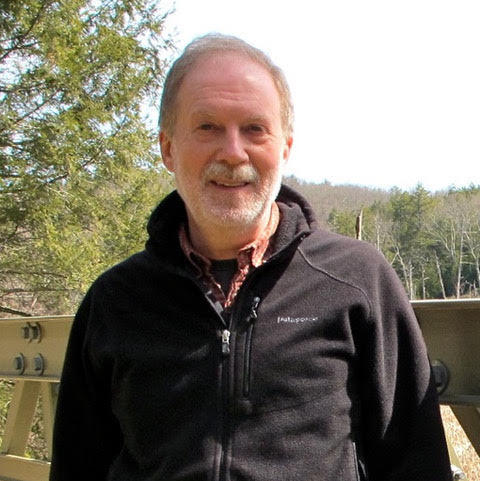 Michael Kellett has been executive director of RESTORE: The North Woods, since co-founding the organization in 1992. In 1994, he developed the original proposal for a 3.2-million-acre Maine Woods National Park, which laid the groundwork for the 2016 designation of Katahdin Woods and Waters National Monument by President Obama.

He has helped in efforts to safeguard the legacy of Henry David Thoreau, including Walden Woods and the Thoreau birthplace, and to restore the Eastern Wolf, Canada Lynx, and Atlantic Salmon to the Northeast.

Michael previously worked for The Wilderness Society, helping to pass Michigan and Maine national forest wilderness bills. He co-authored Massachusetts bill H.897, which would protect all state conservation lands, covering 11% of the state, as parks and reserves off-limits to logging and other industrial development. He has visited more than 250 National Park System areas across the country.

Notes from Michael on the figures for proposed new national parks

The National Park System is 85,099,844.97 acres. RESTORE’s spreadsheet of the top 100 areas totals about 182 million acres of land and a modest amount of offshore waters (mainly in Bristol Bay and Massachusetts Bay). Adding this to the existing 85-million-acre system would raise the total to about 277 million acres, which is more than triple the existing system acreage.

Our extended working list so far includes about 500 potential expansion areas covering about 300 million acres. And that does not include many other possibilities, including most major marine areas. So we are confident that we will end up with the potential to increase our park system by a factor of 10.

Currently, only about 210 million acres is preserved in national parks or wilderness areas — less than 9 percent of the U.S. land base. If we really intend to make any serious attempt to reach the goal of saving half the planet for biodiversity, we need to increase such protected areas to 1.2 billion acres of land in the U.S. Even to reach the bare minimum of 17 percent in the Aichi biodiversity target requires an addition of about 202 million acres, which is even larger than the RESTORE top 100 list of 182 million acres.

We need to dramatically increase protected areas in the U.S. Expanding our National Park System — as well as our Wilderness system. This could be done within the next several years and it would have a huge positive impact on climate, biodiversity, and our people.

The Upper Green River should be pushed as a corridor for grizzlies moving south in the Y2U corridor. Grizzlies are dying when in conflict with cattle on USFS eases. Terminate those leases and make a National Park.

New opportunities to expand the park system will arise if we can vote Donald Trump out of office and change the Congress. Congrats on your passionate national parks advocacy!