Episode 48: Rex Weyler On The Double Bind Of The Pandemic 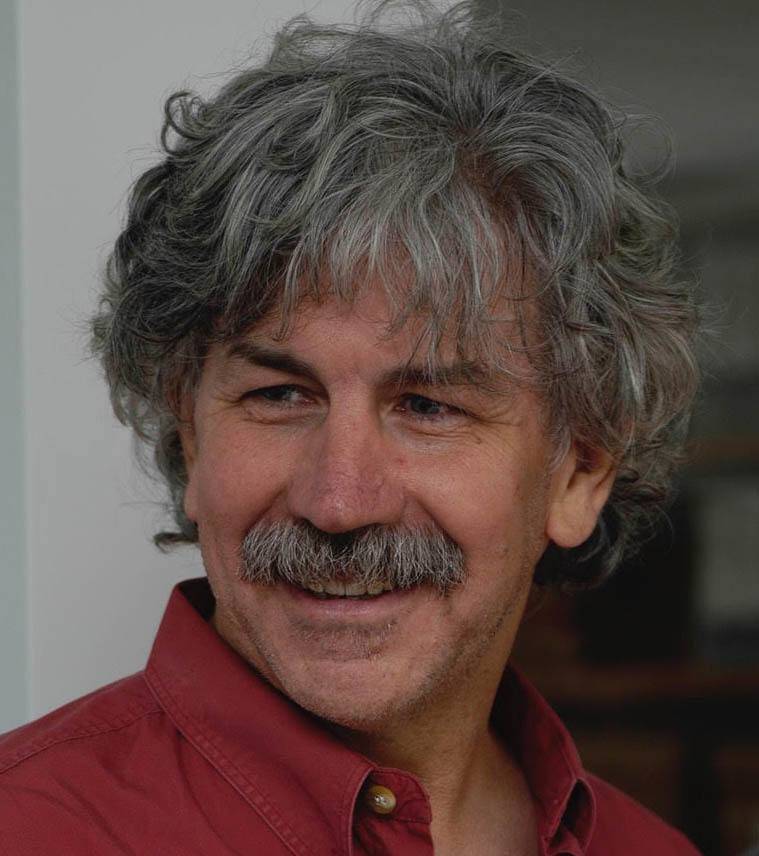 Rex Weyler is a writer and ecologist. His books include Blood of the Land, a history of indigenous American nations, nominated for a Pulitzer Prize; Greenpeace: The Inside Story, a finalist for the BC Book Award and the Shaughnessy-Cohen Award for Political Writing; and The Jesus Sayings, a deconstruction of first century history, a finalist for the BC Book Award. In the 1970s, Weyler was a cofounder of Greenpeace International and editor of the Greenpeace Chronicles. He served on campaigns to preserve rivers and forests, and to stop whaling, sealing, and toxic dumping. He currently writes a monthly column on the Greenpeace International website.

This particular pandemic is likely to evolve sufficiently to remain in the human population.
Unfortunately it appears to infect several other mammal species, far more dangerously, as those species are not as ubiquitous over the face of earth.
Danger is a concept not in the least necessarily limited to the by-far most overbloomed mammal. Solipsism and narcissism are.
One quickly tires of supposed poets/writers attempting to relate their consuming and often obese bodies with that earth, with nature. We are temporarily alive, and the artificial terror of the extinction of the most overbloomed large species on earth, should arouse NO interest or continued self-aggrandizement.
Huge, widely dispersed populations always escape extinction. It requires repeated extirpation, effective habitat fragmentation, sustained over time, to reduce this hyperomnivore back to the likely world carrying capacity of perhaps 5 million to 50 million.
Further:
Starvation is the normal ecological response to population overshoot/overbloom. It , however, necessarily requires other events of reduction, repeatedly, as both actual phenoypic evolution and the quasi-evolutionary concepts of adaptation colloquially used.
Repeated transmissible disease is one.
Witness CWD, and the plagues of around 0 to 1800s ce for insight. The quite incredible medical and artificial genetic engineering of the present give humans the past couple centuries ( a mere two long lifetimes. Individual bcteria experiencing population collapse in a limited petri dish certainly only experience immediately local loss and death. Moreover, any particular individual is unlikely to experience a collapse at all. This is exactly what humans will also not experience)
Thus collapse will not likely be touted in public media, as any depopulation will be attributed to local events, temporal or spatial.
The very fear of loss in humans, as in other brained species, arouses acute, not strategic response. This, in humans, means intraspecies violence, another malattribution.

Our cognitive limits are much lower than too many ecologists understand. Social carrying capacity is an anciently evolved mechanism, far more ancient and widespread than verbal signaling, existing outside that phenomenon.

Every human dispute and violent incident can correctly be attributed to exceding perceived local or other social carrying capacity.

The delusion of believing that “reason” or some such panacea, is a mere fiction. Your brain, as mine since i was old enough to notice excess and essentially inescapable population overdensity, evaluates likelihoods through experience, memory, and through projecting heuristic probabilities. That’s all.

Brains are collating mechanisms, constantly upgrading new experience in relation to previous associated experiences not yet invalidated through senses. That, too, is ALL they are. As you will find, you cannot scam immortality, for self or ingroup.

Science is a method of more carefully quantifying recorded experience, and more quantitatively computed probabilities. But, every individual organism contains mechanisms to increase that individual’s probability of survival. This is NOT, except perhaps in eusocial species, inclusive of any other. We are not quite eusocial, just adept at making intraspecies coalitions for that individual purpose.

Some other day, i can elaborate on the uplifting feeling of gratitude, which is essentially the neurohormonal, systemic recognition that kindness/altruism has occurred. We are attracted to it joyously, because it signals higher survival likelihood.

This is never to be taken as if individuals are in any way “moral”, but only as the most pleasurable, surest cognitive identification of high suurvival likelihood.

I felt it as a child when hearing wolves, when they were limited to true wild, and far fewer humans gunned and trapped them. And before wolves were on the socioethical radar of those who were born and lived where wolf and great bear was not..
Far more wise and sure was, and remains the Ojibwe: “that which is done to Wolf, will also be the fate of the human.”

Indulge, if you must, in the Kubler-Ross stages of death: denial, anger, bargaining, depression.
It is, a waste of your limited life.
Each of our time is limited. It is not tragic that an overbloomed species will be restored to balance.

After “colloquially used”, add “apply [to the correction of overshoot]”