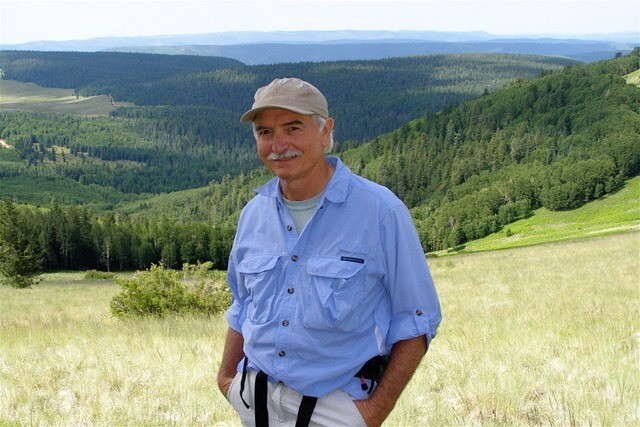 Kim Vacariu is the former Western Director for Wildlands Network (1998-2017) where he organized and led the 25 conservation organizations making up the Western Wildway Network in its efforts to connect wildlife habitat corridors from Alaska to Mexico.

Kim has been instrumental in elevating the recognition of habitat connectivity threats posed by the walling off of the U.S.-Mexico borderlands, including organization of the first Border Ecological Symposiums in Arizona. He also convened the first private lands conservation workshops in Arizona, and was a co-recipient of the Federal Highway Administration’s 2007 Environmental Excellence Award for his work on Arizona’s statewide Wildlife Linkage Assessment.

Kim was co-author in 2000 of the ground-breaking Sky Islands Wildlands Network Design – the first effort to publish specific science-based maps and implementation steps required for protection of regional habitat networks.

Read Kim’s article: To Win, Conservationists Must Change Their Message

Dr. Matti Wilks (moral psychologist) will tell you that only about 15% of humans will react empathically for entirely moral reasons. But 85% of people will react only if the change in behavior (say, limiting intake of meat) benefits them. So your jaguar story, Jack, may affect the voting behavior of 15% right away. But most humans, while temporarily sympathizing, will need to see some benefit to themselves.