Episode 54: Karen Shragg On Having Upstream Conversations About Overpopulation 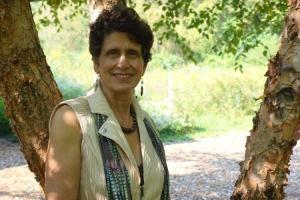 Karen is a lifelong environmentalist, naturalist, educator, poet,  author and overpopulation activist. She began her career as a naturalist in 1983 and as the director of the City of Richfield’s Wood Lake Nature Center in 1991. She is passionate about the role nature centers can make in keeping communities thriving. She is a former public and private school teacher and received her doctorate from the University of St. Thomas in 2002 where she studied critical pedagogy and its implications for the future of nature centers.

As a member of the advisory board of the non-profit “ World Population Balance,” she has become deeply alarmed by the lack of discourse surrounding the overpopulation crisis. In 2015 she published her book Move Upstream, A Call To Solve Overpopulation.

RE: The illusion of morality, and how it quickly disappears in overdense populations.
John B. Calhoun’s seminal work published in 1962: https://www.jstor.org/stable/24937233?seq=1
was a wakeup call to psychology and etiology. Or, it should have been, as our species does not substantially differ from the other two social primates.

The violent competition you observe in numerous social species when there remains no new habitat to which subadult offspring can disperse, is, has been, and will remain the norm.

While my interests have largely been some other social mammals, humans show distinct lekking behaviors, in which we remain stuck due to our dissociated imaginary perceptions. All “team” sport, as well as the vicarious – fictional attempt to identify with “our” team engages us in cognitive preparation for war, that exclusionary behavior in which our excessive populations have indulged for untold centuries, or more accurately, since we saturated all easily exploited habitat, thousands of years past.

I notice that the interviewee has stated her presumption that they’d would be in her eyes viable at about the population it was when she was born.

This is a classic example of cognitive baseline theory, the well-known presumption that the environment of one’s youth is best in some way.
It’s the base for conservatism in politics, and a cognitive trap into which most fall.

As bad, most of the large mammals had been near extinguished long before, including the world’s whales, lost long previous to oil for Street lamps and other light , noise, and coal pollution.
For a more reasonable population baseline, one must NOT look to some maximum number, but to a number at which our species is affiliative, eager to encounter others.

That would be more like a world population existing with unoccupied space between settlements or home ranges.
That population might be more like 5 to 50 million worldwide, A number at which we could NOT effectively extricate or extinguish other life.

Her assertion that we are “apex predators” is also inaccurate. We are demonstrably mid-level omnivores.
We fear, loathe, and vilify predators, asking to eliminate them – THIS has been the history of ALL agrarian cultures.
Only hunter-gatherer north Americans revered the wolf,learning from them.
Guns must be given up completely, as we fail to have the ecological fit of predators, always over killing with that weapon, unless coercive (that’s ok with me) law limits our psychopathic taking and eliminating.

This subject, the creation of morality suiting some in group’s purposes, the fact that we are violent omnivores, the necessary population( EVERY ecologist should understand social carrying capacity and how it changes behavior&cognition as it isapproached, is too long to elucidate in comment.

Social carrying capacity is a long-evolved response, as I implied, kicking in just as with Calhoun’s lab rats.
It occurs in all species, and just about every socially disapproved change occurring in US culture arose due to this evolutionary emotiocognitive safety mechanism, which OBVIOUSLY to anyone schooled in evolutionary science, precedes a species exceeding of habitat carrying capacity.

This is the reason for my comment.
Ingroups in such circumstances will ALWAYS rationalize their own righteousness and vilify outgroups.
Morality remains forever illusive, in the eye of the beholder their own.

We ARE an affiliative, ” moral” species ONLY when our populations are small and spaced, and less numerous on the earth than any large – over 50-80 kilo herbivore.