Episode 62: Why Hunting Is Not Conservation With Kevin Bixby 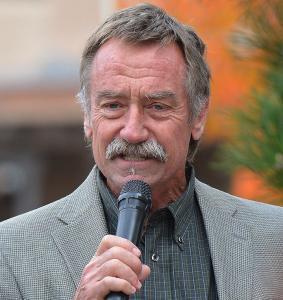 As the son of a naval officer, Kevin grew up all over the world, but the American West has always been home. While attending high school in Oakland, he began his activist career by volunteering at the Berkeley Ecology Center. After graduating with a B.A. in biology from Dartmouth College in 1978, he returned to the San Francisco Bay Area and began volunteering at Friends of the Earth where he rubbed elbows with the late, great David Brower.

Working to save condors and whales by day, he made a living by driving a San Francisco taxicab at night. Realizing that more education might be useful, Kevin set off to the School of Natural Resources at the University of Michigan in 1985, where he earned a Master’s degree in Natural Resources Policy. But the West beckoned, and in 1988 Kevin moved to New Mexico with his future wife, Lisa LaRocque, and started the Southwest Environmental Center in 1991.

Read Kevin’s article: “Why Hunting Isn’t Conservation And Why It Matters”