Episode 66: We Elected A President, Not A Fairy Godmother

Rewilding’s Wildlands Coordinator Kim Crumbo clarifies how the conservation community must lean into the 30×30 campaign. He reminds us, while we have a friendly administration, we still have much work to do. And The Rewilding Institute is ready to provide the on-the-ground plan for protecting at least 30% land and water by 2030 for North America. 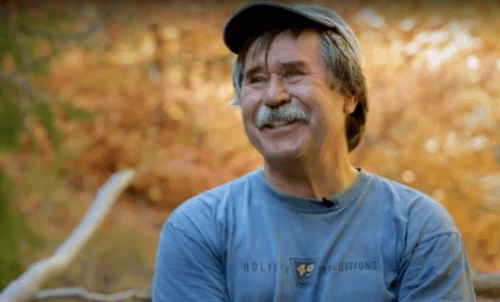 As The Rewilding Institute’s Wildlands Coordinator, Kim Crumbo leads our efforts to restore native carnivores to their rightful place on landscapes across the West. He works closely with diverse conservation partners and regional coalitions to engage scientists, communities, and elected leaders in the effort to secure species recovery and public support for wolves, bears, lynx, cougars, and other native carnivores.

Kim served 20 years with the National Park Service in Grand Canyon, first as a river ranger and later as Wilderness Coordinator. He also worked as a river guide for a decade, and as Utah Wilderness Coordinator for the Sierra Club for 2 years. Beginning in 2000, Kim assumed various roles with the Grand Canyon Wildlands Council, including a stint as the northern representative for the Arizona Wilderness Coalition. Before working on rivers and in wilderness activism, he spent 4 years with the Navy’s SEAL Team One, completing two combat deployments in Vietnam.