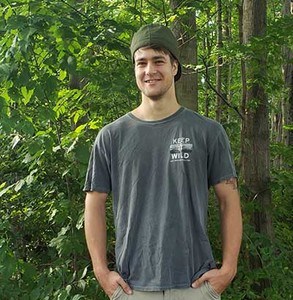 Zach is a Wildlife Science MS student at Purdue University in West Lafayette, Indiana. After reading a book as a teenager featuring species profiles and illustrations of recent, human-caused extinctions (including Stellar’s sea cow, moa, great auk, and more), he developed a passion to restore nature and prevent any further species loss.

Since then, Zach has become involved in various land trusts in his home state of Indiana by volunteering to remove invasive species, help out with prescribed burns, and collect prairie seeds for future prairie restorations.

Additionally, he de-trashes rivers in his canoe or on foot at various local trails. He also incorporated his passion for ecological restoration in his graduate studies by assessing habitat suitability for potential species reintroductions.

Visit The Prairie Preserves of Indiana: