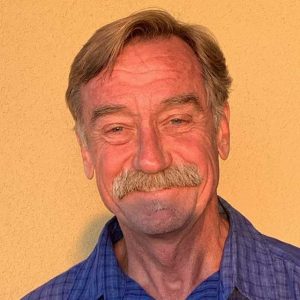 Kevin is founder and executive director of the Southwest Environmental Center. He received a BS in Biology from Dartmouth College, and a MS in Natural Resources Policy at the University of Michigan. After decades of advocating for wildlife, he realized that as long as the people who viewed wild animals as soulless resources were making all the decisions about how they should be managed, wildlife advocates would be fighting endless rearguard actions to stop bad things from happening, and rewilding would remain a distant dream. So he and the SWEC team decided to launch Wildlife for All, a national campaign to reform state wildlife management to be more ecologically-driven, democratic and compassionate. The first Wildlife for All conference was held in 2018.

He lives in the Chihuahuan Desert of southern New Mexico where he and his wife enjoy the sunsets and coyotes.

Visit Wildlife For All and get involved!

Episode 93: An Eye-Opening Discussion On Practical Solutions To Human Overpopulation

Very well said.
In the 90’s I was studying to become a Wildlife Biologist.
Sadly, I dropped out. I couldn’t handle the repeated attempts to pigeon-hole me into a mindset.
I use that term with intention.
It was during this time, that I realized, that I was a Preservationist, and Not a Conservationist.
As an extension of my faith, i would become active in Animal Rights. Turning into Vegetarian.
Later I became a Vegan.
I have not hunted in over 25 years.
But yet, my family and I are “trapped”, because we love the Wild lands, but with our dogs, we are not going to risk their safety, nor our own during Hunting and Trapping season.