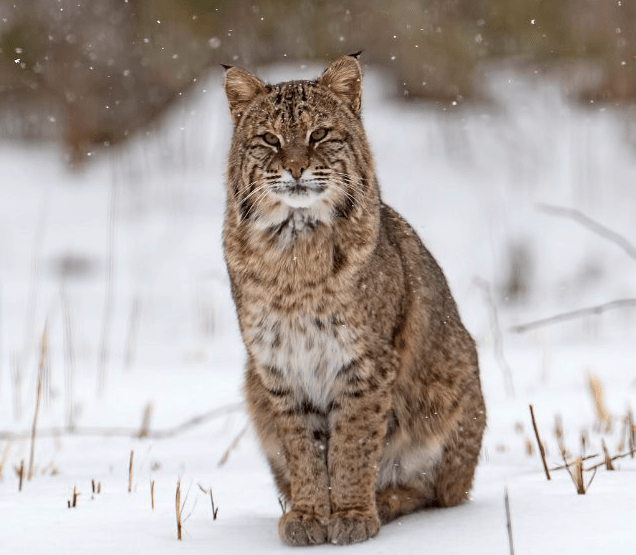 Exploring the role of wildlife crossings in the Adirondacks, Part One of Two

A mere three-hour drive from the buildings, people, and frenzy of New York City are the Adirondacks, one of the largest, most dynamic experiments in the history of conservation. Formed in 1885, Adirondack Park was the first state preserve of its kind in the US, and today its 6 million acres are a roughly even mixture of public and carefully managed private lands.

Centered around the Adirondack mountain range, Adirondack Park houses the world’s largest intact temperate deciduous forest, as well as rivers, lakes, wetlands, and a range of other attractive habitats for New York’s native wildlife. Its 130,000 permanent human residents live in towns and cities scattered throughout the park, with primary economic activity including social services, tourism, and retail trade. Every year, 7-10 million visitors come to commune in some fashion with nature.

Adirondack Park’s history of serving the needs of both humans and wildlife makes it a global model for ecological refuges that, for political or economic reasons, must account for human habitation as well. While humans and nature are not incompatible, many of the hallmarks of modern life can be extremely disruptive to wildlife. Among mankind’s worst impacts is environmental fragmentation, where manmade structures such as roads, cities, farmland, or dams divide ecosystems. These divisions prevent animals from finding food, evading predators, reacting to seasons, pursuing genetically diverse mates, and increasingly, adjusting to changing climate patterns.

For this reason, the Adirondacks may prove to be an ideal location to build and test “wildlife crossings.” Modeled after over- and underpasses erected in Banff National Park in Alberta, Canada, these crossings would safely reconnect animal populations that are currently separated by highways. If built and maintained, these crossings would suggest a future, better balance with nature, where the needs of humans and those of wildlife are both critical design considerations. 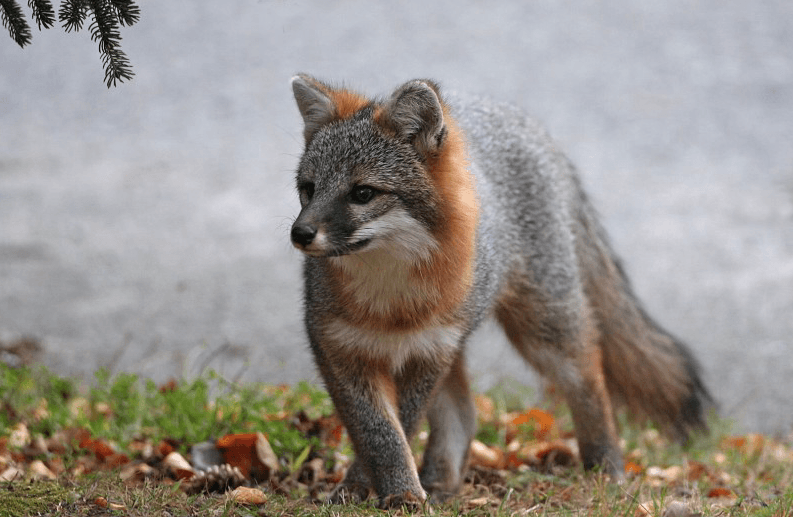 Human-wildlife conflicts in the Adirondacks, and a role for crossings

The Adirondacks’ balance between ecological conservation and economic needs is of course not without tension. Since 1970, the forest preserve has been enlarged by over 400,000 acres, and nearly 800,000 acres of private land have been protected under state-held conservation easements (Long and Bauer). Meanwhile, as with many rural areas in America, the Adirondacks’ human population is gradually aging, college-educated adults of childbearing age have not moved in at replacement rates, and its manufacturing sector has suffered employment declines. Some critics have thus blamed the erosion of industry, particularly forestry, on a perceived excess of environmental protections.

Compared with other rural regions, however, the Adirondacks have been comparatively resilient economically, which may in fact be attributed to the region’s environmental appeal to tourists (Long and Bauer). Indeed, tourism and hospitality-related services are the second biggest employer in the region (12.4%), following education, health care and social work (27%) (Adirondack Park Economic Profile).

In addition to humans, the Adirondacks are home to 55 mammalian species, including black bears, white-tailed deer, opossums, beavers, moose, and coyotes, 220 species of birds, and 35 species of reptiles and amphibians. Now extirpated, elk, wolves, Eastern wood bison, and mountain lions were native to the region as well prior to European arrival. 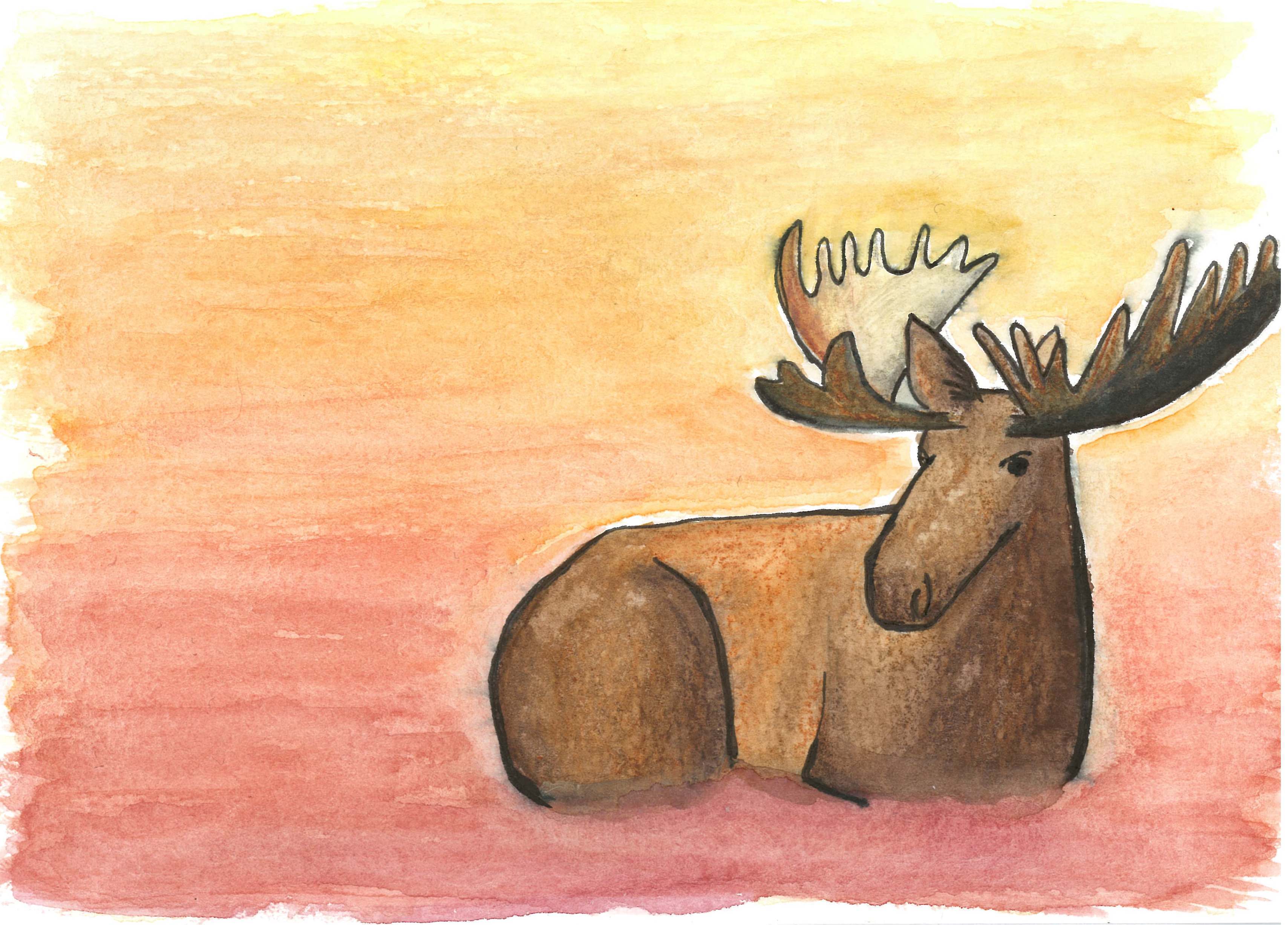 Many of the most direct conflicts between humans and wildlife today stem, in part, from the loss of keystone predator species in the region, which has led to an increased presence of herbivores like white-tailed deer. These herbivores, in turn, wander across major roadways (an issue for drivers), they over-browse early successional forests (an issue for foresters), and they harbor large volumes of unwanted parasites like ticks (an issue for public health). Though counterintuitive, erecting wildlife crossings may help on all fronts.

Animal-Caused Traffic Incidents
From the decade spanning 2009 to 2018, animals were implicated in over 40,000 police-reported accidents throughout the 12 counties of the Adirondacks. Roughly 6.5% of these incidents resulted in personal injury or death to the driver or passenger, and while this data is not reported, undoubtedly a far higher percentage resulted in the death of the animal. Animal-related accidents dwarfed the next highest cause of accident, speeding, with nearly 32,000 police-reported incidents (New York State County Crash Summary, 2009-2018).

Although information about which species were responsible for these accidents is not available, most accidents occurred near forests and waterways, suggesting that wild, rather than domestic, animals were likely the primary cause. Further, only a small number of wild species in the park are large enough to cause major vehicular damage: moose, black bears, coyotes, and white-tailed deer. Assuming even probabilities of highway crossings, their relative population densities strongly suggest that white-tailed deer are, by far, the primary culprit in causing accidents.

In addition to harm to wildlife and inconveniencing people, animal-caused collisions result in adverse economic impacts. While less dangerous than other collisions due to the frailty of animals relative to vehicles, they can easily total vehicles traveling at speed, and may result in traffic jams and drains on highway patrol time. A 2008 FWHA report to Congress estimates that an average cost per vehicle collision with deer is $1,840, and collisions with elk and moose resulted in damages of $3,000 and $4,000, respectively (Trentacoste). Conservatively assuming all reported accidents with wildlife were with mule deer, the 12 counties of the Adirondacks saw nearly $75 million in animal-caused vehicular damage from 2009-2018. Assuming an economic value of $1,250 per head of white-tailed deer, this would translate further to losses of up to $50 million from wildlife-vehicle collisions.

If Banff’s highway crossings are any indicator, constructing wildlife crossings with fencing along highways would prevent many of these needless accidents.

Disease Burden
With shortening winters due to climate change, arthropods like ticks and mosquitos are extending their ranges northward and into mountains, and are remaining active longer into the year. Ticks, which carry Lyme disease (LD), are of particular note, as LD can have particularly severe health consequences, and its incidence has roughly doubled since 1991 (Lyme Disease: Data and Surveillance). Ticks carry not only Lyme disease but also other even more deadly diseases. In addition to LD, ticks can carry diseases like babesiosis, ehrlichiosis, Rocky Mountain Spotted Fever, anaplasmosis, Southern Tick-Associated Rash Illness, Tick-Borne Relapsing Fever, and tularemia (CDC). Ticks depend on many factors throughout their lives for ideal growing conditions, but one of the strongest correlations involves their access to reservoir species like white-tailed deer, which can feed many ticks simultaneously and facilitate rapid reproduction. It remains unclear whether the increased frequency of tick-borne illness throughout the Northeast is due to environmental fragmentation, the increase of white-tailed deer numbers, the growth in human presence near forests, climate change, or increased interest in outdoor activities; quite possibly, all factors have contributed.

Economically, LD presents several risks to Adirondack visitors and tourists alike. A recent literature review suggests that in the US, treatment for one LD patient entails nearly $4,300 in direct costs, with nearly $7,500 in indirect future costs. Diagnosis too is expensive; in one cited study, seven laboratories were paid $566 million to test 3.4 million samples from Connecticut, Maryland, Minnesota and New York (Mac et al.). While these costs are typically borne by insurers, or by consumers paying out-of-pocket, the risks of LD do appear worse for retirement-age citizens, which means the burden of costs may largely fall to federal and state healthcare programs.

These direct expenses of LD do not account for the disease’s societal impacts, as it can lead to significant losses of productivity. Further, if likelihood of contracting LD continues to increase, there may be a downward trend in outdoor tourism in coming years.

Predator competition
A primary reason why mountain lions and wolves were hunted to local extinction was the perception that they consumed important domestic animals, or that they were competition in hunting for game species like deer and elk. Today, these fears remain, as evidenced by New York State Department of Environmental Conservation mandates around desired regional bear population levels, which range from a high of “Maintain generally moderate population level” to lows of “Incompatible for bears” and “Bears infrequent – keep it so” (Black Bear Harvest Summary 2018).

Despite their fierce reputations, though, predator attacks on humans are so rare as to be individually listed on Wikipedia. Over the past century, black bears, wolves, mountain lions, and coyotes have combined killed fewer Americans than lightning strikes, drowning in bathtubs, or being crushed under falling vending machines. Indeed, the most recent reported black bear attack in the Adirondacks was in 2018, when a man hospitalized from crashing his all-terrain vehicle lied and said he had fought off a bear (Figura).

While attacks on humans are exceptionally unusual, predators have critical roles to play in ecosystem integrity. Unlike humans, they tend to hunt weaker animals—the young, the old, and the sickly. These are the animals most likely to harbor disease; with weakened immune systems, they become ideal reservoirs for fleas and ticks. Perversely, hunting by humans—which prizes taking the healthiest animals—may select against traits that make animals more resistant to disease.

Indeed, in a recent study Stanford researchers reported that after a decade of monitoring Jasper Ridge Biological Preserve (in the foothills near Santa Cruz, California), with camera traps, scat samples, and DNA analysis, the return of mountain lions to the preserve was directly correlated with drops in mule deer populations, and in substantial changes to deer and coyote behavior. Both deer and coyote shifted their waking hours to daylight, when mountain lions were dormant, and pack-hunting coyotes began traveling as individuals. Lowered deer population in turn led to changes in the successional patterns of young forests (Leempoel et al.).

Within the Adirondacks, the largest predators are currently the Eastern coyote (which also has wolf and dog genes from past hybridization), the black bear, and the bobcat. While these species may occasionally target juvenile deer, they tend to prey upon smaller mammals like snowshoe hares, squirrels, turkeys, and beavers. Should managers wish to better control deer population, they may be wise to cautiously facilitate the return of larger predators like mountain lions and wolves.

No matter the species, though, predators are some of the most critical beneficiaries of wildlife crossings. With lower population densities than herbivores, predators tend to require far larger territories to find sufficient food. Linking currently separated habitats would enable them to reach new prey, maintain large and diverse gene pools, and better adjust to changes in weather or climate. 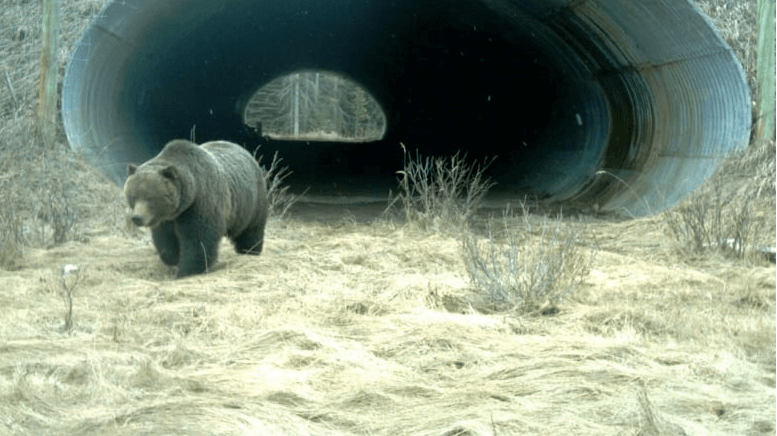 Photo credit: highwaywilding.org. “An image captured by a wildlife camera shows a grizzly bear emerging from an underpass after crossing the Trans-Canada Highway in Banff National Park. The park has 38 underpasses and six overpasses crossing the highway.”

Wildlife crossings, a recap
For all these reasons, ecologists, epidemiologists, and conservationists increasingly realize the importance of contiguous stretches of habitat for living things, with biologist E. O. Wilson famously proposing that to preserve biodiversity into the future, humans should plan to leave fully half of Earth’s lands and waters in a wild state. Where that pristine wilderness is impractical, though, it seems that manmade wildlife crossings can achieve some of the same objectives. 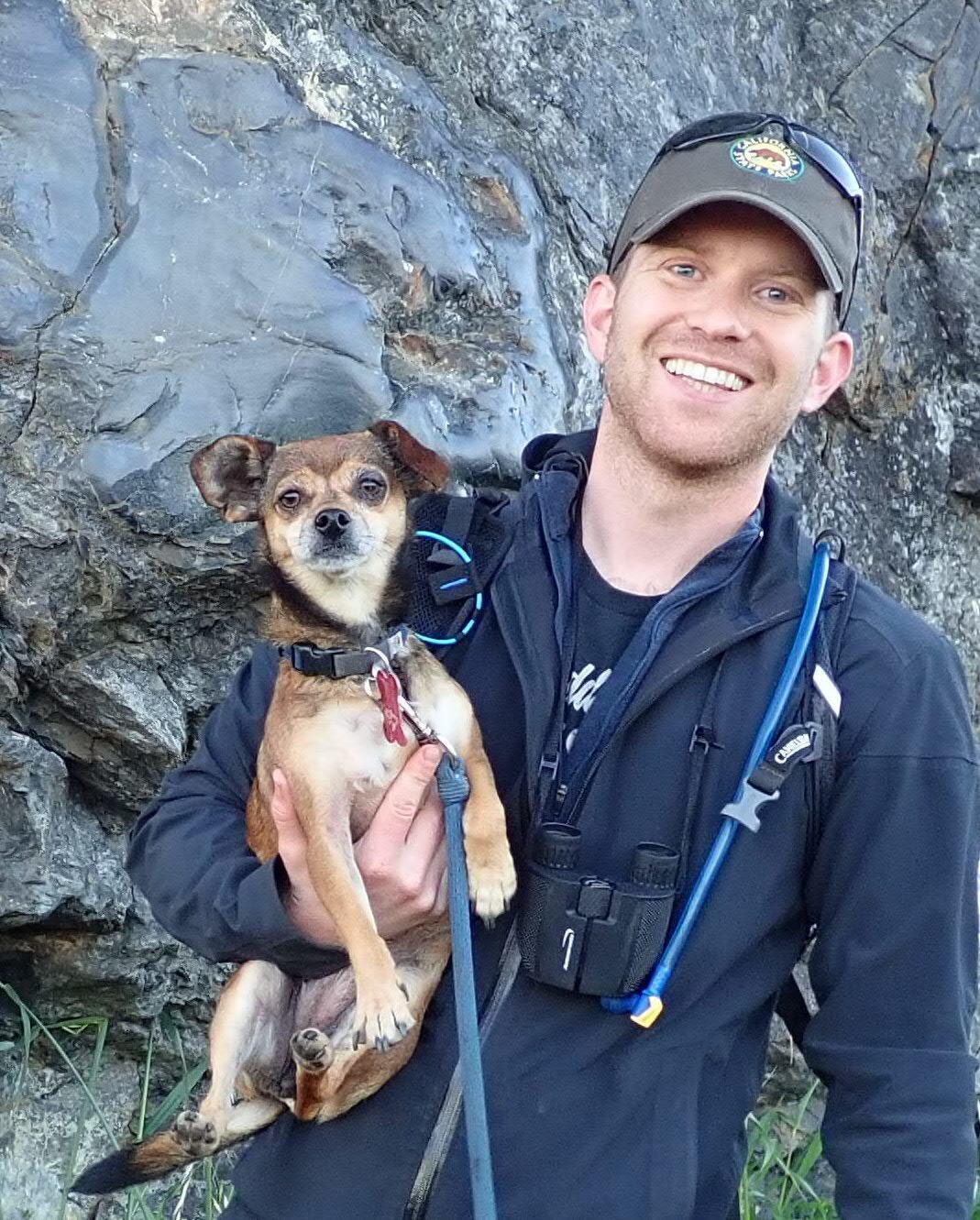 A transplant to New York City, Kevin Webb grew up in the San Francisco Bay Area, where he worked as an early-stage software investor for the better part of a decade. Kevin recently completed a master’s degree in Sustainability Science at Columbia, and as an undergraduate at Stanford studied Human Biology with a concentration in humans, a changing environment, and infectious disease. Kevin’s interests include natural history, biology, comedy, making things, and spending as much time as possible with his dog Chewie. (His website: ktfoundry.com)